Album review: Show Me How You Disappear by Ian Sweet

INTRO: “Show Me How You Disappear” is the latest project by Ian Sweet, an LA-based act consisting of the lone member Jillian Medford. The album was released on March 5 by Polyvinyl and recorded during Medford’s recovery from what is described as a “mental health crisis” on the record’s Bandcamp page. Given this fact, much of the songwriting sharply focuses on Medford’s fears and insecurities. Sonically, the album could be best described as dream pop that leans pretty heavily into indie pop aesthetics. The album features an interesting and roughly equal blend of acoustic guitars, electric guitars, and synthesizers, but mostly limits instrumentation to these three plus drums. 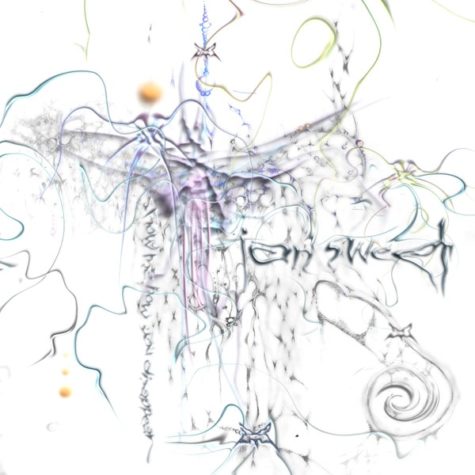 My Favorite Cloud: One of the darker songs on the album, mainly driven by a strumming guitar and layers of distortion. The lyrics are nihilistic and vocals are heavily processed. The mostly unchanging instrumental makes it feel drawn out by the end.

Drink The Lake: A more traditional dream pop song, building up to a hazy finish and a nice guitar solo. The vocal layering and splitting on this track is especially interesting.

Sword: One of the catchier songs on the album, with an great instrumental only really limited by the fact that it runs a bit too long.

Dirt: One of the best songs on the album in my opinion. The instrumental slowly builds from the sparseness of the beginning to an extremely cathartic breakdown in the final minute.

Song Till I Cry: A downtempo dream pop cut driven by heavily distorted guitars. Not especially notable otherwise in my opinion, with an instrumental that kind of blends in with the others.

Dumb Driver: One of the more acoustically driven songs on the album, delivered in an upbeat but melancholy manner. Most accurately fits the song structure of a traditional pop song.

Get Better: One of the most expressive songs on the album, mainly driven by a sparse guitar riff that builds to a noisy and impassioned hook.

Power: Another primarily acoustically driven song, this song is another that features a strong drum breakdown near the end accompanied with distortion. Compelling lyrics, but a bit repetitive instrumentally.

Show Me How You Disappear: Another track that slowly builds to an extremely dense finish. This track juxtaposes electrical and acoustic guitars in a really interesting way, along with persistent synths. The vocal performance is especially strong, and a bit more of a focus here than on other like tracks.

I See Everything: The album ends exactly opposite to how it opens. The track is driven by a slowly played acoustic guitar, but here the lyrics and composition are positive and hopeful. This ultimately lends to the cohesive feel of the album.

OUTRO: Ultimately, I enjoyed “Show Me How You Disappear” but cannot help but acknowledge that the album has a very glaring flaw. To put it bluntly, if you pay attention to modern pop music, and especially music on the shoegaze-dreampop spectrum, there’s not much here instrumentally that will surprise you. While I do like a lot of these instrumentals, Medford’s songwriting is what really stands out to me. While she keeps a healthy distance from anything private, she uses metaphors and repition of what she describes as “mantras” to imprint rather clear pictures of her emotional experiences during recovery. It’s not groundbreaking but, in this sense, there is an element deeply personal to the album’s lyrical content that is essentially immune to criticism. Given these considerations, I’d rate “Show Me How You Disappear” 3/5 Spinnaker Sails.

Standout Tracks: Sword, Dirt, Show Me How You Disappear