Sweet Spotify playlists to study to 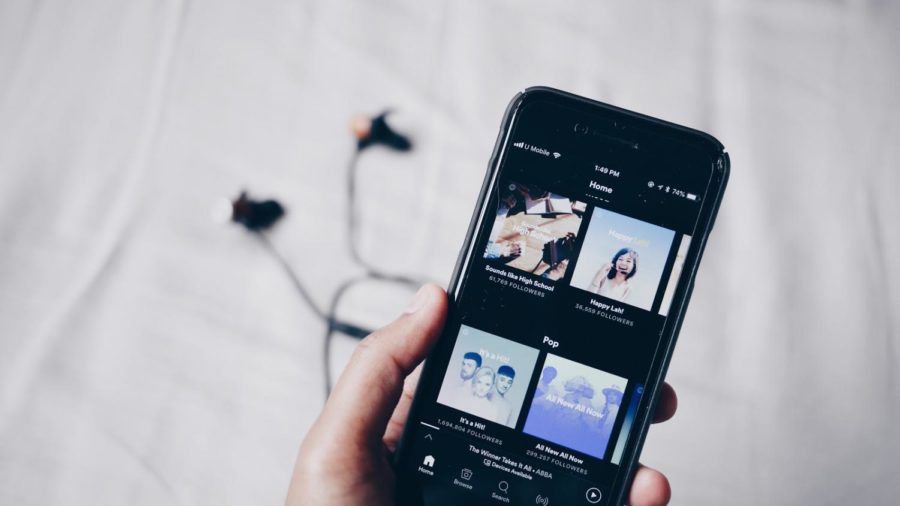 Much research has gone into learning if listening to music, while studying, can increase retention for the subjects that a student is studying. Ultimately, it comes down to the type of music and the person listening to it.

Sometimes music can be too distracting, but other times it can be very helpful. For students who prefer studying to some type of music, where should they start? Well, here are some of the top tried and tested study playlists from Spotify.

This playlist was made by Spotify and is composed of soft piano music intended for creating background noise. It’s very relaxing to listen to, but has a good tempo and induces focus very easily so you won’t be falling asleep. The list is 212 songs in length and spans over about 9 hours for those who have long study days or lots of assignments to get done.

This playlist is yet another of many made by Spotify and consists of ambient and post-rock music, according to its description. Many of the songs on this playlist sound like background music for an indie film, so make sure to study like you’re the main character, got it? The list is 197 songs in length and is estimated to be about 10 hours long.

This playlist is a series of mostly popular songs made by Spotify user Morgan Staub, but here’s the twist: none of them have lyrics and they’re all performed with strings only. The list has 94 songs total and is about 5 hours and 40 minutes in length. However, if you can’t mentally handle the thought of Macklemore’s Thrift Shop being performed by a string quartet, this playlist likely isn’t for you.

This playlist is another that was put together by Spotify and it is definitely food for the brain. The songs on the list are all quiet and electronic, following similar speeds and tempos. Like some of the other playlists, the songs are relaxing, but probably not going to have you nodding off. It has 100 songs which span over the course of approximately 6 and a half hours.

Jazz in the Background

As Barry B. Benson once said in the iconic Bee Movie, “Ya like jazz?” If so, this Spotify-made playlist is full of it. 169 soft jazz songs spanning over the course of 11 hours, one of the longer playlists on the roster. As the title implies, it works really well as background noise for those who can’t stand studying in silence, but also don’t fare well with upbeat pop songs.

This one goes out to the cinema fans who can really find motivation in listening to songs from high-profile films like Harry Potter, Pirates of the Caribbean, and more. This playlist was created by Spotify user Haley Stewart and lasts a solid 23 hours, making it the longest playlist on this list.

This playlist made by Spotify is described as a “soft musical backdrop for your studies” and, as such, contains mostly quiet, focused songs to act as background noise for reading or writing. The list is 282 songs long and goes on for around 12 hours, positioning itself in third place when it comes to length.

Spotify user Kitt Yew put this playlist together with one thing in mind: students who stay up at all hours of the night to get the job done. The facts are, lots of people are more productive at night than they are during the day, and this playlist is for them. It has 96 songs and lasts 7 hours and 24 minutes.

This playlist was created by Youtuber Thomas Frank and is a compilation of all his favorite songs that he personally uses when working or studying. Thomas regularly makes informational and self-help-related videos on his channel. His playlist is a collection of 191 songs and the run time is around 13 hours, tying with Lo-Fi Cafe as the second-longest playlist.

There’s nothing quite like doing homework assignments in a coffee shop, right? Free WiFi and some not-so-free lattes make for the perfect studying environment. This playlist is perfect for replicating that same energy anywhere you go. With 346 songs that span around 13 hours, it’s tied with Study Sunday as the second-longest playlist on the list.