The Falcon and the Winter Soldier Ep. #2 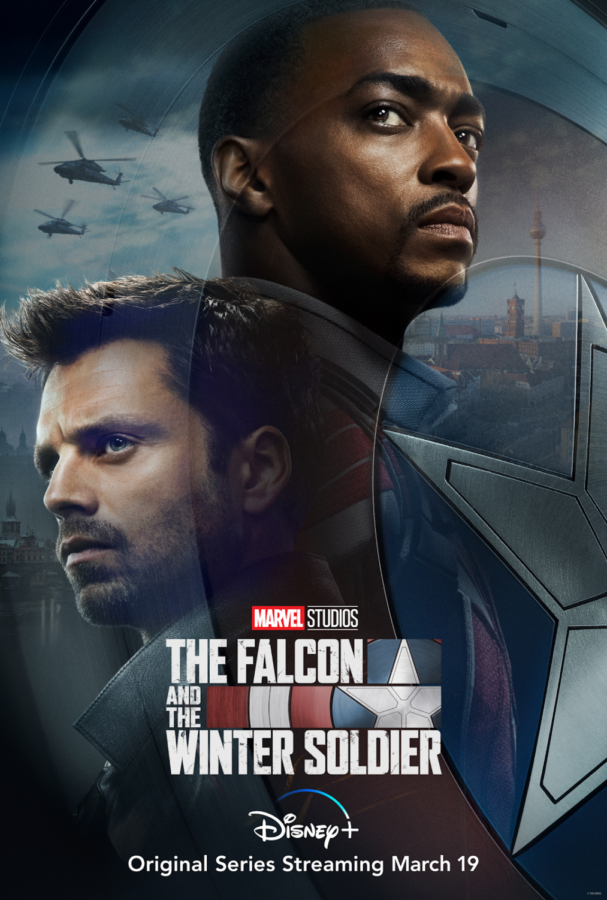 A lot has happened in the past week. First, we had Sam giving away the shield, then super soldier terrorists, and now the U.S. government has installed a new face as Captain America. Let’s see where this episode takes us.

The episode introduces us to the new Captain America, John Walker. Walker is a U.S. army man, who is tasked with donning the red, white, and blue suit and reassuring the public that they still have a symbol. As expected, this decision has our main characters split, particularly Bucky, who disapproves of Sam’s choice to turn down the mantle. The pair are thrust into action when the Flag Smashers are preparing to make their move, with both Sam/Bucky and Walker taking on the superpowered terrorists.

This episode also puts a lot of effort into humanizing its characters. The biggest example is John Walker. I know fans have been hating on him for the past week, but so far, he comes off as a guy who wants to do the right thing. He can be standoffish at times, but it’s not to the point where he’s antagonistic, at least not here. While it’s easy to disagree with the government over this choice, I can understand why they did this. After the events of “the Snap” and “the Blip” the whole world was thrown out of balance and the people needed a symbol. They apparently did this by finding the soldier who’s the most decorated, scores high in physical prowess, and is good-looking on camera.

I find it ironic how the opening of this episode mirrors how the U.S. government in WWII first used Steve in “Captain America: The First Avenger.” They used both men as a means to further propaganda and maintain public peace. However, unlike Steve who didn’t accept this type of role and went out into the field to do what he believed was right, Walker goes along with this act because he does whatever the government tells him to do. While they do send him out on missions, he’s mainly treated as a celebrity by the public.

It’s clear that all they want is a guy to go out to shake hands, take pictures, and reassure people to make them feel safe. Though I feel that these people are missing what made Steve Rogers such a great hero. While Walker has some similarities to Steve in terms of his can-do attitude and determination, Steve wasn’t always the All-American hero. He grew up physically weak and was constantly bullied. But despite this, he always persevered and stood up as the bigger man, even before he became a super-soldier. Steve had a grittiness aspect to him, in that he knew what it was like in tough situations and could handle what the world threw at him. As far as I know about Walker, he doesn’t seem to have gone through those situations. I say this because I feel like something big is going to happen to this character. I don’t mean that in a good way. We’re only a few episodes in, and he hasn’t been in the mantle for that long. On top of not being super-powered, what happens when he does get in over his head? How will the public react when they see that their symbol isn’t the symbol they’ve been looking for? I know I might be reading too much into this, but I have a feeling that all the weight and responsibility is going to have a major impact on this character.

The interactions between Sam and Bucky are also enjoyable. Their dynamic stands out as a “Lethal Weapon” type relationship. They don’t always get along, but they’re willing to put aside their differences to get the job done. I like that they’re not arguing because of their personality differences, but more so the choices they made. Bucky for instance is frustrated with Sam turning down the shield, something that his lifelong friend Steve held dear. It also doesn’t help that Walker is always showing up where they’re at in multiple attempts to cooperate.

You understand why both men don’t want to work with Walker as they don’t want a government-sponsored soldier in the role. Even though both sides have the same goal, they are hinting at a conflict in the future with Walker warning both men to stay out of his way.

I’ll even give credit that this episode brings to light a lot of world issues that don’t get much attention. For example, Bucky takes Sam to see Isiah Bradley, a Black super-soldier who fought during the Korean War against Hydra years ago. It’s heartbreaking when you find out that the government returned his loyalty with prison time for 30 years while being experimented on. Issues like this are really eye-opening as injustice acts such as this often mirror events in real life. While we don’t spend much time here, people can read into this scene and relate to how events like this have happened in the past.

Even the Flag Smasher’s conflict is given some focus here, particularly with their goals and motivations. In the first episode, it was easy to see them as bad guys because they felt that the world was better when half the people in the world were gone. But here, we’re given more insight in that they feel that world organizations, particularly the Global Repatriation Council (GRC). Basically, government organizations who are more focused on keeping the corrupt people who disappeared and came back in power, than helping the people who have been alive this whole time. We’ve seen how this new system has negatively affected others, particularly Sam’s family in the first episode. While they’re still terrorists, you understand their motivations a lot better.

With that said, this episode managed to keep the ball rolling with its multiple storylines, big reveals, and relevant themes. Next week’s episode looks to be the most interesting. Without giving anything away, let’s just say that a familiar face from the past films is coming back into the picture.