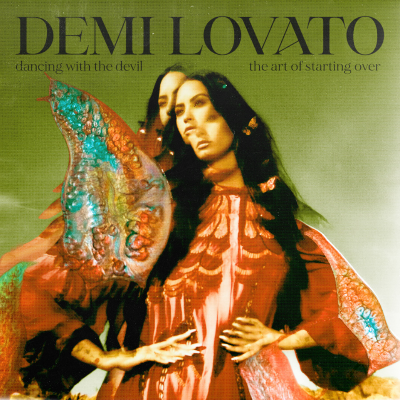 Demi Lovato’s new album “Dancing With The Devil…The Art of Starting Over” was released on April 2, 2021. It features artists such as Ariana Grande, Noah Cyrus, Sam Fischer, and Saweetie. The main message in Lovato’s new album is that it’s okay to start your life over after going through a tough time. Overall, the album feels very generic.

The album focuses mostly on starting your life over, but not much on Lovato’s tough times. The first three songs focus a bit on that tough time aspect, however, I feel like there wasn’t enough of that message. While it’s nice to listen to pieces about life after hardship, it would have been nice to see a couple more pieces about those difficult times.

Lovato’s album lacked individuality. Most of the songs felt jumbled together, and they didn’t feel distinct. A lot of the songs sounded way too similar to stand out from one another. I felt as if I was listening to the same three songs over and over again.

Overall “Dancing With The Devil… The Art of Starting Over” was lacking and doesn’t stand out apart from many other albums today.

I would rate the album 3 / 5 Spinnaker Sails.