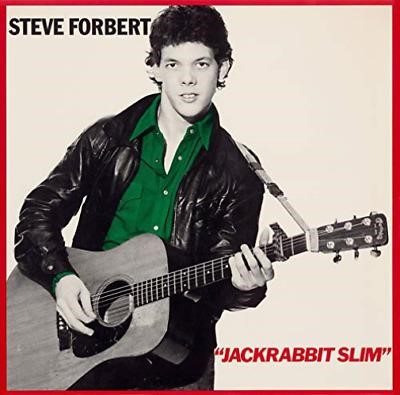 Plagued with extremely high expectations after being dubbed “The Next Bob Dylan” Steve Forbert’s commercial career suffered from these pressures set upon him. Some may call him a one hit wonder with his hit single Romeo’s Tune, but his second studio album produced one of the greatest singer/songwriter folk-rock albums of the 1970s. This is a must listen of any fan of 70s folk rock or rhythm and blues.

Romeo’s Tune: The hit single that shot Forbert into commercial success heads the album. It begins with a beautiful full orchestration lead by the iconic lead piano melody that is repeated throughout the song. This track highlights his talents in imagery and orchestrating talents by successfully intertwining the lead melodies between the piano, organ, and guitar. This track’s catchiness and immediate attraction makes it a personal favorite.

The Sweet Love You Give (Sure Goes A Long Long Way): Transitioning from a traditional folk/rock sound, the second track highlights another main theme in the album: grooving basslines. This track nods towards Forbert’s rhythm and blues influences with his staccato, moving bass lines supported by a trumpet and saxophone section.

I’m In Love with You: Continuing to showcase his songwriting abilities, the third track is a soft love ballad. Reverbed emotional vocal tracks are backed up by the moving bassline, organ and light drums. Forbert discusses in this song, well love! He discusses the synergy between him and his loved one by listing their relationship with metaphors.

Say Goodbye to Little Joe: With a similar orchestration as Romeo’s Tune, Forbert lyrically one-eighties the tone of the previous track. It flips towards an unloving, cruel-hearted man who does not deserve the love from his (now ex) lover. A recurring melody from the guitar and organ help in the transitions and choruses in the song, and the grooving bass and drums continue Forbert’s Rhythm and blues sound throughout the verses. This song screams 70s songwriting.

Wait: Returning back to Forbert’s folk sounds, the song is dominated by his storytelling lyricism. The scene of looking out the winter into a dark, snowy city scenery and seeing the hardships of winter, symbolizing loneliness brings onto a person’s mind. The pleading for help from God towards the “poor, lost and lonely” and repletion of the line “hard times for sure” solidifies this song as a reflection of grief Forbert may have experienced at some point. The song also highlights dynamic with long drawn out build-ups, and long-lasting

Make It All So Real: The longest song of the album tells the story of a singer finding fame but being heartbroken in the process. This song introduces the juxtaposition lyricism that dominates the second half of the album. The song follows the fictional up-and-coming singer/songwriter Ted performing a breakout show for a crowd of astonished listeners while his love falls into an affair in front of him. This song makes the listener question if stardom is as enjoyable as it appears. Instrumentally this song is my favorite to listen to with its smooth piano, saxophone solo, acoustic guitar and heavenly background singers. The song is dynamically the most levelled but works perfectly in this song as the lyrics are the focus on the song.

Baby: Structure-wise, similar to Wait, Baby continues with the theme of the power of love and his desire. This song contributes to the balance of the album by adding another great track to the lighter, emotional side of the album. Musically similar to I’m in love with you with the prominent bass line, but also has drum fills that are simple, yet impressive.

Complications: Returning back to the juxtaposition lyricism that is present in the later half of the album. The trade offs between the funky bass lines and upbeat piano adds another great sound to this already diverse album. This follows different scenarios of characters who just can’t seem to catch a break. Judy buys a brand-new car, but all the gas stations are out of gas. Tony tries to take a plane to Florida to escape the cold northern winter, but the snow doesn’t let the plane take off.

Sadly Sorta Like a Soap Opera: This is the most emotional song on the album, describing the pain associated watching a friend struggling. The emotional tone is created by the bass guitar’s progression, an ambient organ, and a harmonica solo. The blend of instruments continues to show off Forbert’s orchestration talent.

January 23-30, 1978: This song is another story, reflecting back on a trip he took with back home catching up with friends he hasn’t seen in a while. He describes seeing all the old places he remembers seeing, which sets a nostalgic tone to the song. It’s a song meant to tell about the good times in a trip, but also the aftereffects of leaving a great place with those you live. It hints back at Forbert’s bittersweet relationship with the life of a New York City singer/songwriter.

Summary: Jackrabbit Slim is one of the most underappreciated singer/songwriter albums of the 1970s, and another example that one hit wonders shouldn’t be so discredited by that tag. Jackrabbit Slim highlights Steve Forbert’s lyrism and orchestration skills that seriously deserve much more credit than they deserve. Again, this album is a must listen to any music fan of 1970s singer/songwriter folk rock, or rock ballad. This album is always on rotation when I have an afternoon to spend. I would give this album 4.5/5 Spinnaker Sails.