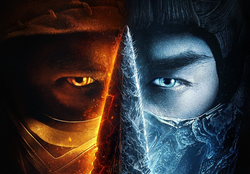 “The Mortal Kombat” movie reboot was released on April  23, in theatres and on HBO Max. The movie features fan-favorite characters such as Lui Kang (Ludi Lin), Mileena (Sisi Stringer), and Scorpion (Hiroyuki Sanada). Simon McQuoid directed the film based on the popular video game series. 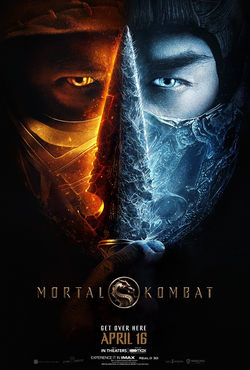 Overall, the movie has some really great moments fans of the series would love. However,  if you haven’t played a “Mortal Kombat” game then the movie may not be for you. If you go into the film just wanting cool fatalities and callbacks to the games then you will love this movie. Casual viewers, however, may not understand many things because the story doesn’t explain certain lore pieces well such as the tournament itself.

Some of the actors in the movie were amazing, such as Josh Lawson as Kano and Joe Taslim as Sub-Zero. Taslim’s Sub-Zero was a menacing villain and had a horror-like feel to him throughout the movie. His fight scenes were the best in the movie, showing just how ferocious the character can be. Lawson’s Kano was also great, serving as the comedy relief in the movie. Without Lawson’s comedy, the movie would have been extremely dull because many of the characters are simply boring.

While the movie had some great acting, some of the cast definitely wasn’t on par with the others. Chin Han who played  Shang Tsung and Lewis Tan who played the new character Cole Young felt boring and uninteresting throughout the movie. Tan’s character was specifically created for the film but his character served no purpose in the movie and didn’t need to be included. Han’s Shang Tsung was nowhere near as good as Cary-Hiroyuki Tagawa who played the role in the original 1995 movie of the same name. Tagawa would’ve loved to play the role again because he has voiced the character in the most recent game and even appeared in a “Mortal Kombat” web series.

While the film had a bad storyline and some subpar acting, the movie still manages to be enjoyable and the best “Mortal Kombat” movie to date.

I would give this movie a 3 / 5 Spinnaker sails and recommend it to any fans of the series.