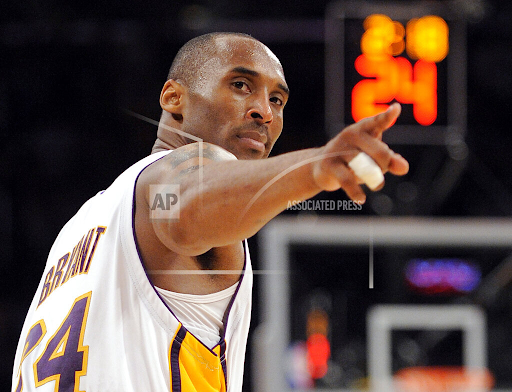 Kobe Bryant was inducted into the Naismith Memorial Basketball Hall of Fame Saturday, May 15th, in an emotional commemoration of the legend’s life. Bryant, his daughter Gianna, and seven others tragically died in a helicopter crash in California in January 2020. Their deaths left the world devastated.

Bryant’s introduction to the Hall of Fame was presented by his dear friend and legendary player Michael Jordan. Bryant’s wife, Vanessa, gave the acceptance speech.

“Last February, I asked Michael if he would introduce Kobe tonight and he graciously accepted. Kobe admired you. This means so much to us,” she began. “I used to always avoid praising my husband in public because I felt like he got enough praise from his fans around the world, and someone had to bring him back to reality. Right now, I’m sure he’s laughing in heaven because I’m about to praise him in public for his accomplishments on one of the most public stages. I can see him now, arms folded with a huge grin saying ‘Isn’t this some shit.’ I wish my husband was here to accept this incredible award. He and Gigi deserve to be here to witness this. Gigi would be so proud to watch her daddy get enshrined into the Basketball Hall of Fame.”

She concluded her speech with numerous “thank yous” to her husband.

“Congratulations baby. All of your hard work and sacrifices paid off. You once told me if you’re going to bet on someone, bet on yourself. I’m glad you bet on yourself, you overachiever. You did it. You’re in the Hall of Fame now. You’re a true champ. You’re not just an MVP. You’re an all-time great. I’m so proud of you. I love you forever and always, Kobe Bean Bryant.”

UNF Basketball Coach Matthew Driscoll offered some words on Bryant’s induction and inspiration for the team:

He highlighted that there is a difference between achieving and activity, “It’s about what you do in that moment and the way you do things to exhaustion.”

Driscoll mentioned that each year he shares a clip of Kobe Bryant with the UNF team. The video is of an interview between Kobe Bryant and football coach Nick Saban back in 2018.

“He was very very very locked into that aspect of it. Editing things out of your life. Every single season, if it’s the downtime after the playoffs just ended, whatever time frame it was in this world he lived in he always edited whatever he needed to and he learned it when he first got in the league because he knew he shouldn’t be playing more. He learned how to edit out all the noise: sleeping more, eating better. When you understood the editing, then things would go a whole lot smoother,” Driscoll concluded.