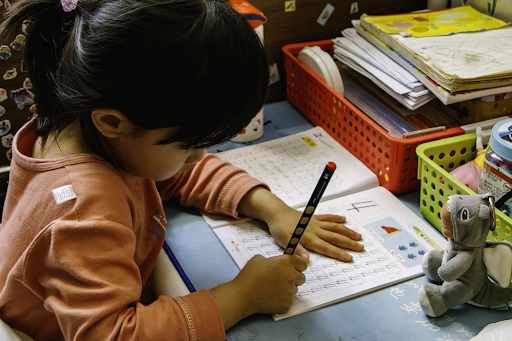 Image via Jason Sung via Unsplash.

Both parties at Capitol Hill have clashed in political hostilities over whether or not critical race theory (CRT) should be taught in schools. In recent months, Republican lawmakers have redoubled their efforts to remove the teaching of the topic from K-12 schools across America.

Earlier in May, House Republicans introduced two bills aimed at combating critical race theory in America. The first bill, titled the “Stop CRT Act,” seeks to codify former President Donald Trump’s executive order in September 2020. The bill states that “a Federal entity may not grant Federal funds to any entity that teaches or advances any of the following:”

The second bill, titled the “Combatting Racist Training in the Military Act of 2021,” aims “to prohibit the United States Armed Forces from promoting anti-American and racist theories.”

At the beginning of May 2021, Idaho Governor Brad Little signed a bill that sought to eliminate critical race theory from being taught in the state. The bill, H 377, makes it illegal for schools to “compel students to personally affirm, adopt, or adhere to” a belief that today’s members of a group are inherently responsible for actions committed in the past by members of the same group.

In search of an interview about this topic, Spinnaker attempted to contact various professors at UNF. Each one either declined to comment, failed to respond, or declined but recommended another professor.

Spinnaker was able to speak with a longtime UNF professor in the College of Education who asked to remain anonymous. Because this topic is very politically sensitive, they worried about how the topic would be perceived and how it could potentially affect their career.

Simply put, the professor says that “yes, critical race theory should be taught in schools.” However, they said that before diving into the reasons why “we first have to consider and agree on the idea of race as a socioculturally constructed idea that divides human beings in America into distinct groups based on an inherent physical and behavioral difference.”

As defined by the professor, “critical race theory is simply critical theory that examines and understands the world in which we live through this idea of what we call race. It’s just an instrument that gives language to the examination of equity justice in the name of race.”

Historically, critical race theory was brought about by the legal industry. “Legal scholars wanted to uncover and better understand the role that identity played in the law in America,” they say.

“I think it can also be used in the world of academia to uncover and better understand the role that identity plays in education. It’s a filter, or a lens, through which we observe and interpret the world we live in. When we’re talking about education like I’m sure you can agree that history is written by the victors. So there is a narrative, there’s a counter-narrative to existing history that is taught.”

They spoke about how if CRT was not taught to Americans, it would be tough for them to see the world through another American’s “lens” as a different race. In order to be “well-rounded and civically engaged citizens” that “engage in democracy together,” the professor says that “I think we need to have that impactful understanding of each other’s perspective.”

In early May 2021, The Capitolist reported that the Florida Citizens Alliance had called upon Governor DeSantis to remove CRT from schools. DeSantis has previously voiced his support, saying:

“There is no room in our classrooms for things like Critical Race Theory. Teaching kids to hate their country and to hate each other is not worth one red cent of taxpayer money.”

Moving deeper into critical race theory, the professor went on to explain the historical 1960 sit-ins that happened in Jacksonville and across the South.

“On August 27th, 1960, a group of white men dressed in Confederate uniforms were downtown on the corner of Monroe and Hogan handing out free ax handles and bats to over 200 other white men,” they continued. “And they assaulted 38 NAACPU council students and everybody who was black downtown that day. August 27th, 1960. That day is affectionately known as Ax Handle Saturday.”

The sole comprehensive account of August 27, 1960, is in a book that Rodney Hurst wrote, titled “It Was Never About a Hotdog and a Coke.”

For over a decade, the professor says they have spent their life as an academician. In doing so, they have developed the language to talk about this idea of race and racism in ways that others are unable to.

“Asking the question allows them to express themselves, and for you to gain a deeper appreciation of where they’re coming from, and then make the choice for yourself,” they said.

The Press Secretary, Christina Pushaw, for Governor DeSantis responded to Spinnaker’s request for comment on his stance towards critical race theory in Florida education.

The statement read that DeSantis has been “very clear” on his stance that critical race theory should not be a part of American education:

“[Critical race theory] is an unsubstantiated theory rooted in Marxism. Students should be learning about the facts of our history, both good and bad. For example, learning about slavery, or the Ocoee Massacre, is required for Florida students – and the Governor fully supports this, because these are historical facts. CRT is unacceptable because it is not fact-based but ideological. It promotes race essentialism and indoctrinates children to judge themselves and others by skin color, which is essentially state-sanctioned racism. The Governor is adamantly opposed to racism, and Floridians should not be funding this dangerous ideology.”

Wrapping up, the professor said that “critical race theory [gives] us the language to talk about institutions through the lens of race.” They said that ignorance is the reason [hate crimes] happen. “Not ignorance in a bad way, but ignorance is just not knowing.”

They recommend that people incorporate the “strategy of appreciative inquiry in [their daily lives,] as it relates to having relationships across this border of race. And what [they] mean by appreciative inquiry, is learn how to ask the questions so you can better understand.”

Spinnaker has contacted the Duval County Public School System but they have yet to respond at the time of writing. Spinnaker also reached out to Congressman Rutherford’s office who said the congressman had no official statements on the matter at this time.