Nick Morrow profile: How Matchbox 20 and the University of Maryland brought UNF its next AD 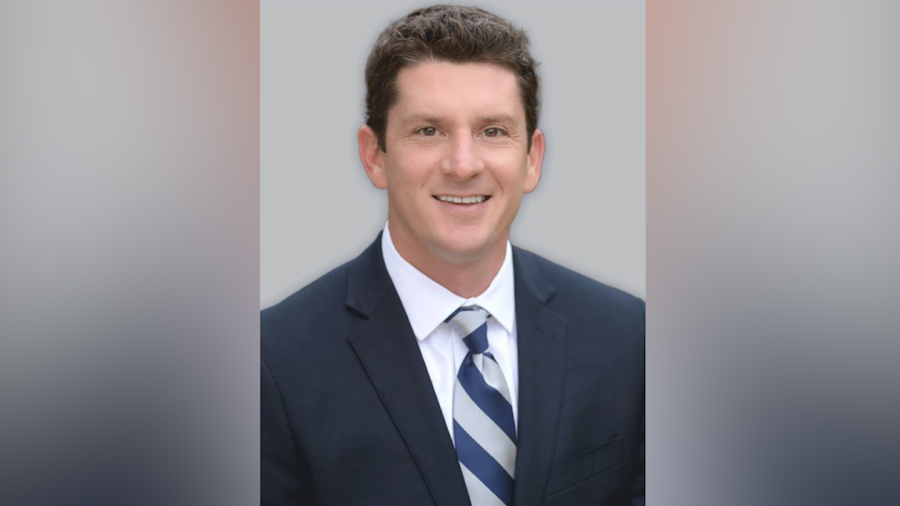 Working a Matchbox 20 concert in his freshman year at the University of Florida, Nick Morrow was guarding people from coming backstage. As he saw the ins and outs of event production, he gained an appreciation for the people behind the scenes. Now, almost 22 years later, Morrow is set to become the next Athletic Director of UNF.

Morrow will be the seventh athletic director of UNF as current athletic director Lee Moon is set to retire on June 30. Moon’s departure brings an end to a 12 year-long tenure that has seen many positive changes to UNF’s athletics programs. Morrow has been with UNF for 10 of those 12 years in different roles, most recently being Senior Associate AD of Development, External & Financial Operations.

As a young man at the University of Florida in 1999, Morrow found his passion for the business side of athletics.

A Jacksonville native, Morrow went to Nease high school, where he decided he wanted to get his undergraduate degree in accounting from UF. As a freshman, Morrow got a job at the Stephen O’Connell center on their administrative management team, working events and managing the use of facilities. This new job opened the door to opportunities he didn’t even know existed.

“Running events and facilities and working athletics and being around, you know, the planning and the execution and the breakdown and everything that goes into putting on an event was something that I didn’t think twice about growing up,” Morrow said. “So I really developed a passion for it.”

As Morrow was just starting to get his master’s degree in sports management, he got a call from the University of Maryland about an entry-level job in athletics. This call came from his old boss at the O’Connell center, who had recently taken a new job. Putting his master’s degree on hold, Morrow knew that this was an opportunity he couldn’t pass on. While leaving the warm Florida weather was challenging, getting a foot in the door in a competitive field was more critical than beaches and Gators.

Morrow went on to spend six years at the University of Maryland, working his way up in athletics to become an assistant AD overseeing all facilities and operations. This included an $8 million budget and running their basketball and football stadiums. Morrow was young, but his responsibilities helped him learn a lot.

At the end of his time in Maryland, Morrow was looking for jobs in his home state of Florida. Graduating from high school in the UNF Arena, Morrow was familiar with UNF and applied for a business manager position. Initially, Moon and the UNF staff overlooked his resume, but it just so happened that Nick’s wife went to school and was on the same dance team as Moon’s daughter. One thing led to another, and Moon took another look. The two ended up hitting it off.

10 years later, the two will now separate as Morrow will fill Moon’s vacated office. As Morrow grew into more prominent roles in athletics, Moon showed him what being an Athletic Director is genuinely about.

“I was always so impressed at how present he was at all the events,” Morrow said. “He spends a lot of time and attends literally every event he can when he’s in town, which amazed me because other athletic directors, while they certainly showed up at events, not near the frequency that I saw him.”

This presence that Moon shows is an example of the type of leadership that an Athletic Director should possess. Morrow also credited Moon’s care for his athletes as something that is important as he follows in his footsteps. Moon showed care for every athlete that stepped onto UNF’s campus and Morrow got to experience some of the interactions that go on behind the scenes.

When Morrow enters his new office, he’ll be the head of an up and coming athletics department that is hoping to become more than just another ASUN school. As athletics is coming off a year that saw many hardships due to COVID-19, he expects to learn from all of this and run things more efficiently than ever.

While the business side of things is looking to be recovering from last year, Morrow is looking towards the future and improving things such as their budget, more scholarships and even improving on facilities. Morrow hopes to have a system in place that would be a public site that lists future athletic visions for every team and facility.

“Making [these visions] very public I think is important because we need community support and we need external support,” Morrow said. “If we’re going to keep growing this thing, it’s gotta come from the community, not just the university.”

Growth of the program is one of Morrow’s top priorities as UNF looks to get better each year. Morrow’s priorities also include bringing fan and student experience to an all-time high. If someone goes to a game and enjoys watching the Ospreys, that grows support for UNF and their long-term athletic goals. Students can look forward to memorable experiences under Morrow’s tenure.

With the athletics marketing department calling this ‘a new toMorrow,’ Morrow has big plans for the university’s athletic department and knows that he has something special coming at UNF.

“You always hear about potential, and a hidden gem about UNF,” Morrow said. “We don’t wanna be hidden anymore. We want people to know who UNF is who the Ospreys are. We want to make this a national brand.”