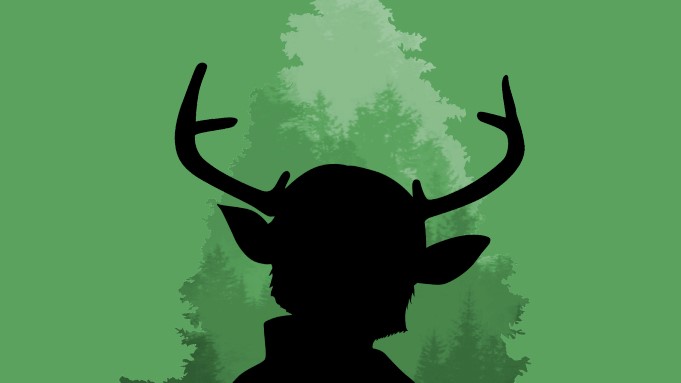 When I first saw advertisements for Netflix’s “Sweet Tooth,” I was reluctant to give it a try. There’s an abundance of Netflix originals and my list isn’t getting any shorter. Why invest time in another post-apocalyptic world about a young boy that seems to be a deer?

If you have the name Robert Downey Jr. (“Iron Man”) and his wife Susan attached to the project, you’re sure to turn some heads. But when I discovered the new show is a live adaptation of a limited DC comic book series from Jeff Lemire, I was more than ready to get it started.

After finishing the last episode and loving every minute of “Sweet Tooth,” I can’t see myself having a Netflix subscription without the anticipation of a second season.

Ten years ago, a deadly virus ravaged the planet and took the lives of millions. What’s known in “Sweet Tooth” as the “The Great Crumble” echoes the stark reality present during the COVID-19 pandemic.

As soon as the sickness begins, infants are born hybrids. The newborns appear as a genetic mix of human and animal. Some are more human than others and vice versa. The mystery between “The Sick” and why the hybrids occur unravels during each episode.

I wouldn’t say that “Sweet Tooth” is a children’s show; deep and sometimes dark philosophical and metaphorical meanings are here. Nevertheless, there are essential life lessons about the capacity of how humans treat animals, the environment, and each other. The fundamental elements from the real world flow into the narrative with care and consideration.

The main character Gus (Christian Convery), is a hybrid, half-human, and half-deer. He has spent his childhood sheltered from the outside world in Yellowstone National Park with Pubba (Will Forte, “The Last Man on Earth”). Gus can’t contain his inherent curiosity and asks Pubba the big questions about where he’s from or where his mother could be. Like any child in their adolescence, Gus has a yearning for exploration. Yellowstone National Park might seem like the right place for that, but the post-apocalyptic world in “Sweet Tooth” isn’t safe, especially for hybrids. The fenced perimeter that Pubba orchestrated is the only home that Gus knows, and it’s for a good reason.

People like Pubba want to protect hybrids, but others blame them for the sickness. One of the stand-out performances of “Sweet Tooth” is the main antagonist General Abbot (Neil Sandilands, “News of the World”). The general leads an army, “The Last Men,” a militarized coalition consisting of remnants of the United States military and the outsiders who joined. All unified on a crusade to hunt every last hybrid they can find.

One of the Last Men finally passes through their home in Yellowstone National Park. Pubba succeeds in fighting off the trespasser, but unfortunately, he’s exposed to the virus and dies. Gus is left alone for a long time to fend for himself. He remembers the rules Pubba put in place, but his desire to be with family is his ultimate goal.

Gus does the only thing he thinks he can do and sets out on an adventure to find his mother; all he has to do is cross the fence line. Armed with a slingshot and a picture of his mother Pubba gave him, he journeys into America’s western frontier. He barely makes it to the fence until another group of Last Men show up, shooting arrows in his direction. Gus doesn’t stand a chance but before the men can react, they’re interrupted. Another passing traveler named Jepperd (Nonso Anozie, “Artemis Fowl,” “Game of Thrones”) saves Gus’s life. This moment is where the story of “Sweet Tooth” truly begins.

Everything you’ve read so far is only in the first episode. I don’t believe in spoiling anything, especially for something as good as “Sweet Tooth.” However, there are many other aspects of the show besides the well-written story that demands attention. Each location was breathtaking, and the set designs are done with precision. It doesn’t get any better than the cinematography presented in this show. There is a high level of artistic craftsmanship between both the practical and computer-generated effects. Every actor owned their scene with tremendous enthusiasm and showed a first-class performance. All of the cast and crew of “Sweet Tooth” should be proud of the final results.

Season one of “Sweet Tooth” is filled with magic and wonder; it’s a heartfelt fairy tale rooted in high-stakes human emotion. I consider this a top-tier Netflix original series, and it seems I’m not the only one. On the review website Rotten Tomatoes, “Sweet Tooth” currently sits at a 98 percent average Tomatometer for critics and a 91 percent average audience score. A second season hasn’t been announced by Netflix yet, but there’s a solid chance it will renew.

So what do you have to lose? Go ahead and give “Sweet Tooth” a try, but make sure you have a lot of free time because you’re going to want to binge-watch all eight episodes.