The most exciting games from E3 2021 & Summer Game Fest 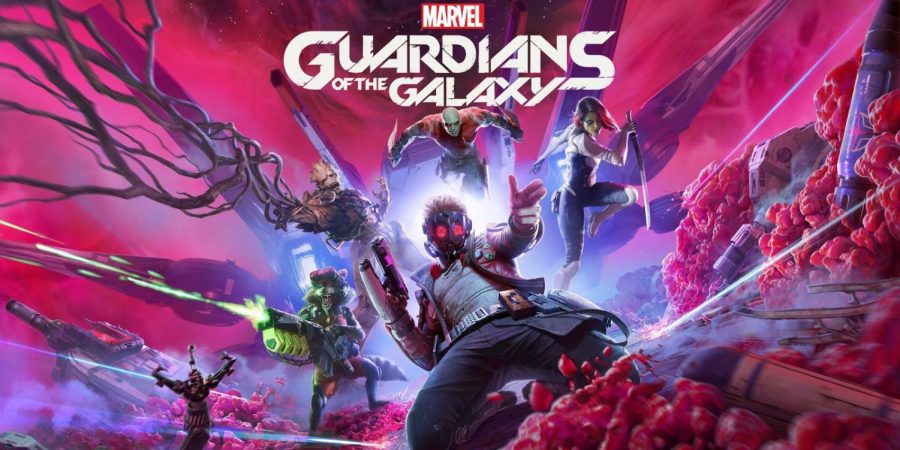 Summer Game Fest continues, but the end of the electronic expo E3 is here. Some of the most relevant developers and publishers from the game industry joined together in Los Angeles to give fans a glimpse into the future.

Interviews with keynote speakers promised a brighter path for inclusion and diversity within the industry. Some panels also highlighted the importance of accessibility in games for disabled players. Doing this allowed the time for outstanding initiatives to present themselves to broad audiences, such as the AbleGamers charity.

E3 2021 and Summer Game Fest are hopeful examples of this form of entertainment moving forward in the right direction.

So now, let’s talk about some games!

Summer Game Fest started the celebration on Thursday, June 10, with an exclusive reveal of a highly anticipated game setting the internet on fire. E3 2021 continued all four days in the same fashion, with announcements and release dates for the hottest games coming to platforms this holiday season and into 2022.

Here are the noteworthy titles announced during E3 2021 and Summer Game Fest that I won’t stop thinking about until they’re released.

If you’re familiar with the “Dark Souls” franchise and any FromSoftware game, you know that they are notoriously difficult to play. FromSoftware has gained an enormous audience of gamers that made this the first impactful announcement to kick things off during the opening of Summer Game Fest.

“Elden Ring” is co-written by author George R.R. Martin (“Game of Thrones), so I’m going to give this one a shot even though it terrifies me.

“Twelve Minutes” is a game about a man stuck in a time loop and is one of the breakout surprises for me during the Xbox/Bethesda Softworks showcase.

The top-down play style works well with the art direction, and the story seems captivating, even if it only lasts for twelve minutes. Each decision you make has a different outcome, and it looks like there are many possibilities.

The husband, the wife, and the officer are the only three characters in the game, but each of them are voice acted by none other than Daisy Ridley (“Star Wars”), James McAvoy (“X-Men: First Class,” “Wanted”), and Willem Dafoe (“Aquaman,” “John Wick”).

Xbox fans rejoiced at the word “exclusive” during the Xbox/Bethesda showcase when they announced the highly anticipated role-playing space odyssey “Starfield.” There were rumors that this would happen after the Microsoft acquisition of ZeniMax Media, and we finally got the confirmation.

I enjoy Bethesda developed and published games, but I don’t love them. There’s little information about “Starfield,” but what I saw might change my feelings. I’m also a sucker for any form of sci-fi entertainment, so this is a big one for me next year.

During an interview with the Washington Post, Bethesda Managing Director Ashley Cheng gave a vague yet exciting perspective about what to expect.

“For me, ‘Starfield’ is the Han Solo simulator,” Cheng said. “Get in a ship, explore the galaxy, do fun stuff.”

Now, that is either a thrilling analogy or an excellent selling tactic. Either way, I can’t wait to embark on an interstellar voyage in “Starfield” next holiday season.

I was cautiously optimistic about the next “Battlefield,” but all my doubts went out the window after seeing new footage from the game. “Battlefield 2042” delivered an explosive gameplay trailer during the Xbox/Bethesda showcase on Sunday.

What we saw during the presentation was nothing short of spectacular, and the weather elements introduced look like it’s going to create another level of chaos on the battlefield.

With 128-player matches in some of the most extensive maps ever made in the franchise, I haven’t seen this much excitement for a “Battlefield” game in a long time.

Microsoft showed fans what to expect from the new experience of the infamous “Halo” multiplayer during the Xbox/Bethesda showcase. The trailer came with a surprising announcement that the multiplayer component of the next entry in the franchise, “Halo Infinite,” is free-to-play. I believe this is what Microsoft should do to reach new audiences, especially for the younger generations.

In addition, there were a few cinematic clips of the iconic main character, Master Chief, in action, but it wasn’t the deep dive that I was predicting.

The project has hit some road bumps during development, followed by a couple of delays. As a result, many people in the gaming community share a certain level of skepticism about the success of the next installment, and I’m one of them.

A lot is riding on “Halo Infinite” for Microsoft, and the future of the franchise depends on how well it performs.

Sequel to “The Legend of Zelda: Breath of the Wild”

Tuesday during E3 was a great day to be a Nintendo fan. At the end of the Nintendo Direct event, the Japanese gaming company finally showed eager fans footage of the sequel to “The Legend of Zelda: Breath of the Wild.” It’s a significant moment since exclusives for the Nintendo Switch console are on a slow burn.

Nintendo has a to-be-announced 2022 release date for the title. Unfortunately, there are still ways to go before Link’s new adventure begins.

“Guardians of the Galaxy”

I love Marvel intellectual properties more than anything across all entertainment. Nonetheless, I’ll be the first to say that last year’s “Marvel’s Avengers” game was severely disappointing for many reasons. When I heard Square Enix is tackling another Marvel project, I thought to myself, here we go again.

It’s a single-player experience that lets the player have dialogue choices and gameplay decisions like “Mass Effect” that will affect the story. You play as Star-Lord for the entirety of “Marvel’s Guardians of the Galaxy,” but there’s the ability to control the other characters in combat.

“Marvel’s Guardians of the Galaxy” isn’t a graphical masterpiece, and the combat might need some polishing. But based on the first trailer, it looks like a pleasant treat for Marvel fans, and it’s easily in my top three of most anticipated games for the rest of 2021.

Other developers and publishers from the industry still have yet to premiere what’s next for them. Summer Game Fest will carry on and live stream the upcoming showcases: EA Play Live on July 22 and the Annapurna Interactive showcase on July 29. Make sure to mark your calendars, and continue to tune into Summer Game Fest if either of these interests you.

For more information about E3 2021 and the remaining events during Summer Game Fest, check out UNF Spinnaker.