A guide to some of the flags of the LGBTQIA+ community 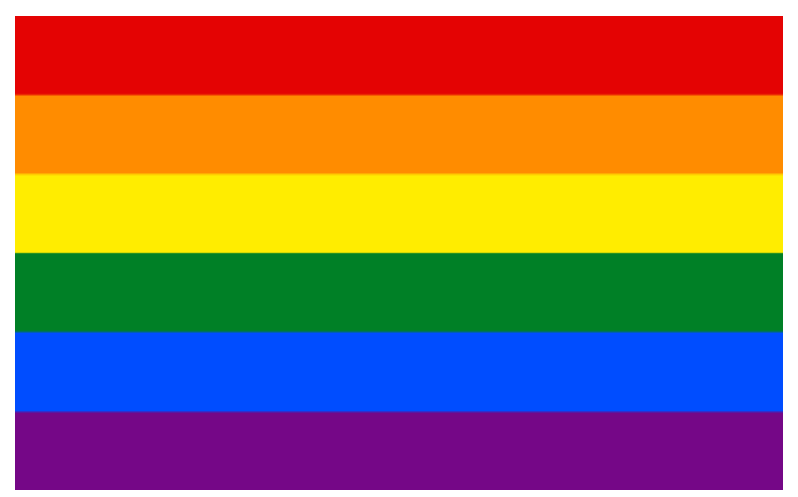 Every year, Pride Month is celebrated in June. Everyone knows of the iconic rainbow flag, but what many may not know is that there are other pride flags with their own specific meanings as well.

LGBTQ+ as an acronym stands for Lesbian Gay Bisexual Transgender and Queer, with all potential others being denoted by the “+”. The acronym can vary, with some removing the “Q”, or adding “I” for Intersex and/or “A” for Asexual. Regardless, LGBTQ+ is more than just an acronym. It’s a movement to protect the rights and freedoms of those often treated differently because of who they are inside, but are undeniably deserving of respect by society.

Lesbian, Gay, Bisexual, Transgender, and Queer are only but a few of the subgroups of the LGBTQ+ community. Just because a community may not be traditionally included in the acronym, does not mean they do not exist at all.  Much like the community as a whole with the rainbow flag, most of these subgroups have their own flags to help them express who they are.

Manny Velásquez-Paredes, Director of UNF’s  LGBTQ Center, sat down with Spinnaker to give some brief insights and histories behind these flags.

Velásquez-Paredes spoke on some of the histories of the common Pride Flag, which originated in California in 1978 and has seen several modifications over the years. While initially intended to represent the gay community, it has now become a symbol of LGBTQ+ pride worldwide.

“Red signifies life; Orange signifies healing; Yellow is the sunlight or a brighter future; Green stands for nature, Indigo stands for serenity, and Violet is the spirit.”

One of the more recent and popular takes on the Pride Flag is the Philadelphia Pride Flag, pictured below, which was first introduced in 2017. This flag adds the stripes of Brown and Black to the top, to represent the people of color within the LGBTQ+ community.

The Intersex flag was designed in 2013 to be a flag “that is not derivative, but is yet firmly grounded in meaning.” The purple and yellow colors come from a desire to eschew from the use of the traditionally gendered colors pink and blue.

The Bisexual Flag was first created in 1998. The blue and pink represent the traditional genders of men and women respectively, while the purple appropriately represents the mix of the two.

The Transgender Flag was first created in 1999. It represents the transgender community, which has received more hostility than any other sub-group, according to Velásquez-Paredes.

These are just some, but certainly not all, of the many flags of the LGBTQ+ community. Flags and acronyms aside, at the end of the day, it’s not how we are different, it’s about how we are alike. We are all humans, and every human deserves dignity and respect.

“Everybody needs to be seen and heard,” Velásquez-Paredes concluded.