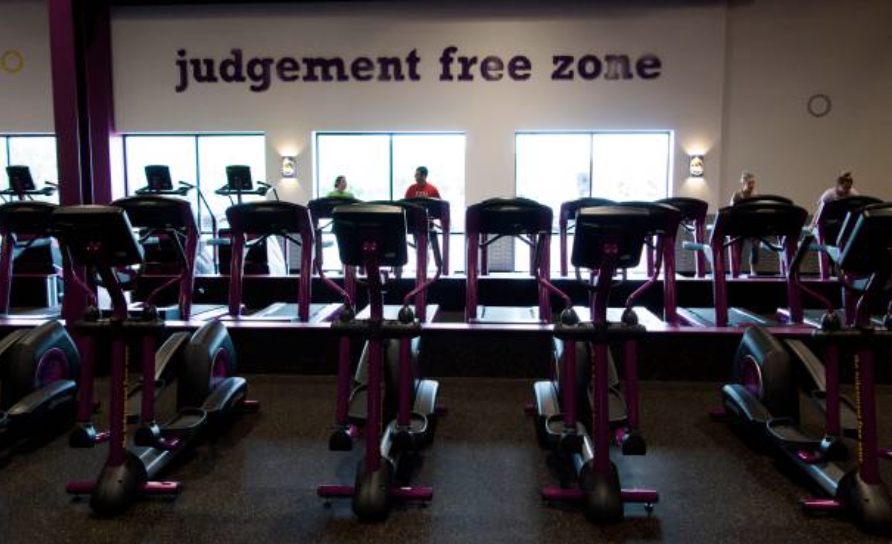 Is Planet Fitness really a “Judgement-free zone” when it comes to working out? Gyms like Planet Fitness pride themselves on creating inclusive environments for everyone. But is this inclusivity actually excluding the real gym heads and bodybuilders by favoring newbies?

Just over two years ago, our news department received an opinions article from an Osprey who found herself on the flip side of the judgment-free zone. She recalled being stopped by employees after wearing intimidating clothing that was against Planet Fitness’ policy. This story ended up being our most-viewed piece to date.

Not only was she fed up with their judgment-free stance, but she was also fed up with their apparent views against gym heads and bodybuilders. She went on to make light of their “lunk alarm,” which goes off if someone is grunting too loud or slamming weights.

After she canceled her membership, she advised Ospreys to use the Wellness Complex on campus due to its fair dress code and exclusion of the lunk alarm. These two gyms are not the only options students have to go to gyms in Jacksonville. Some Ospreys use places like Baileys, YouFit and even the YMCA. In an Instagram poll uploaded to UNF Spinnaker’s Instagram with 114 responses, 41 went to gyms on-campus, and 73 went to gyms off-campus.

With many Ospreys choosing to pay for a gym subscription over working out on campus, it isn’t uncommon for people to try out planet fitness. With the “lunk alarm,” Planet Fitness presents itself as a quieter gym for people to work out in peace. Ospreys also favored quieter gyms in a separate Instagram poll, with 90 preferring quieter gyms and 40 preferring more intense gyms.

Therefore, shouldn’t Planet Fitness be a quiet gym for people to work out off-campus? While the data shows that it should be this way, it really isn’t. Free responses from Ospreys share what they really think about Planet Fitness.

“I think it’s a good beginner gym, but that’s it” said one user.

Another user said, “Judgment free, my a**! They judge me every time I moan or scream and drop weights loudly.”

While responses were mostly in favor of other gyms, one user did say, “I went to planet fitness for over a year and truly recommend it for anyone wanting to start.”

While planet fitness is just another gym in Jacksonville, their philosophy is heavily debated among the gym community, but do they stick to it? On their website, planet fitness does say, “It’s our goal to provide a clean, safe, welcoming environment for anyone who walks through our door, and all the equipment, amenities and support you need once you’re here.”

So, you be the judge of Planet Fitness’s judgment-free philosophy? Is it welcoming or just a ploy to sell more memberships…