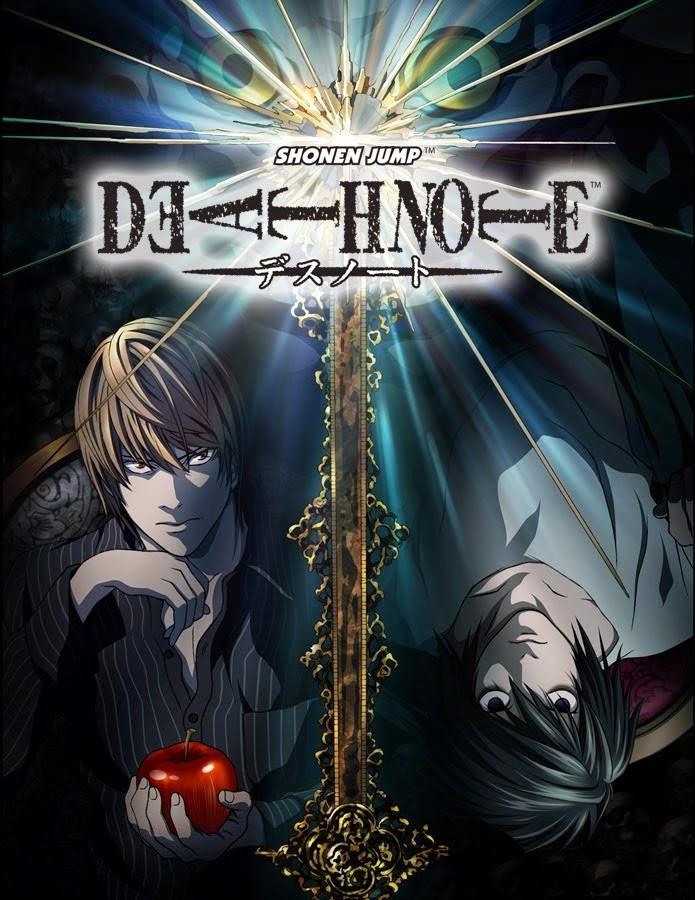 Based on the manga series by Tsugumi Ohba, “Death Note” has become a staple in anime pop culture with its mystery-based narrative and dark themes. It’s apparently led to television dramas, a badly received Netflix live-action film, and a sizable fanbase that has gotten bigger over time. Is this series addictive to anime fans like apples are to a shinigami? Let’s see what it’s about.

The story centers on Light Yagami, a teen genius who discovers the “Death Note,” a mysterious black notebook that can kill anyone as long as the user knows the victim’s name and face. He is eventually visited by a Shinigami, Ryuk, who owns the Death Note and dropped it in the human world out of boredom to be entertained by whoever uses it. Light considers the possibilities of this great power and uses it to kill high-profile criminals around the world to rid the world of crime. He even makes it his goal to become “the god of the new world.” As criminals start dying from sudden heart attacks or accidents, the media takes notice and suggests that a single mastermind is behind them and names Light’s persona “Kira.” The Japanese government catches on to these sudden deaths and makes it its goal to identify and track down “Kira,” eventually bringing in a brilliant but strange detective named “L” who leads the investigation. From there it’s a cat and mouse rivalry as Light looks for ways to find out L’s identity and use the Death Note to kill him, while “L” aims to find out Light’s identity as Kira.

What I really enjoy about this series is that it’s so simple in its concept, and yet so complex with the directions it goes in. For example, when it starts Light isn’t given any big motivation to do these horrible deeds. He doesn’t have a tragic backstory or is trying to prove something. He’s just a guy who found this dark power and decides to use it for his goals. That’s not something you don’t see too often as, despite the character’s simple motivations, it’s the means to which he achieves his goals that draws people to him. The progression feels so natural as you see Light use the Death Note to strike down criminals, only to eventually use it on people who would get in his way, sometimes in a cruel fashion. It creates this mature edge as this anime has the antagonist in the focus. Personally, I think Light Yagami is one of the biggest villains to exist in the media. And I’m including characters like Ramsay Bolton from “Games of Thrones” or Homelander from “The Boys.”

The rivalry between Light and L is also fantastic as both characters are equally brilliant, but are portrayed so differently from one another. With Light being viewed as an A-class student, and L being seen as an oddball detective. The story creates many situations where these two share screen time together, and it leads to a lot of great interactions. You know both characters are enemies, but you also understand they have to play the long route to get each other. With Light trying to find out L’s real name to kill him, and L connecting evidence and details to who Kira really is. You legitimately enjoy their scenes together, even though you know it’s not going to end well. 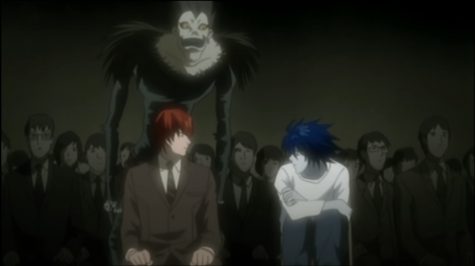 The concept of a notebook that can kill people sounds simple but can also lead to a lot of interesting directions to go in. That is very much the case as the logic behind the Death Note and how it works is very well thought out, as it revolves around different rules that dictate how the characters can or can’t use it. The idea of involving rules does sound like it can drag the story down, as there’s bound to be time dedicated to explaining them. To some extent, that is true as there is a lot of explaining exposition to the audience. But it works here because when the characters discover a new rule or element, it’s done in a way that drives the story forward. When Light sees a loophole in the Death Note, he takes advantage of it to further his cause while evading detection. When there’s a limitation discovered by L that gets in his way, Light looks over his options to see if he can target someone through a different method. This type of storytelling keeps the series engaging with how certain characters get the better of one another. It also creates tension with how it makes the audience question who will come out on top.

It also helps that this idea makes you question what you would do in this situation. If you came across the Death Note would you use it? Would you use its power for the world or yourself? Is it worth your soul to rid the world of people you deem to be “bad”? These types of questions come so naturally, as they make you put yourself in the situation.

The series goes beyond its main storyline with how it brings in new characters, and how each one fits into the narrative. With the large amount of characters it brings in, it still manages to establish these people in a short span of time and allows us to understand who they are and why they do what they do. I was actually surprised by how invested I got with them. What also makes them stand out is how there are not many purely good people here, rather it’s individuals who are shades of both good and bad. These types of characters are tough to pull off, as you have to give the audience a reason to want to follow them while having them do questionable things. But because this series is able to walk that gray line between right and wrong, it works here. With how the characters are written, I had a fun time with each of them.

L, despite being a strange person, was still a pretty cool protagonist. Ryuk, who is supposed to be this frightening being, has a lot of funny moments. Even Light, who is clearly the villain, did cause a part of me to root for him because not only was the character so interesting, but he also drew me towards the story. Truth be told it’s one of the few shows where I couldn’t predict what was going to happen. I didn’t know if Light or L would win, and I was perfectly fine if it went in either direction.

Even the way the public reacts to the Kira persona feels realistic. At first, they show people being fearful of people suddenly dying across the country. But as time goes on it’s revealed that there are people who agree with Light acting as Kira, and his mission to rid the world of crime. In fact, some of them even glorify him thinking the mastermind is some god-like figure. It’s these types of elements that do add a sense of realism to what is considered to be an outlandish idea.

Because this series deals with a lot of themes relating to death, morality, etc. there is a lot of religious imagery to be found here. While that is true, it doesn’t knock you over the head with it like most other shows. It’s mainly used as a way to draw clever parallels to religious elements, while also giving the series a unique look and feel. The series is so good at going back and forth between mystery thriller to the gothic supernatural with its story. Everything from the animation to the imagery, to the music, gives it a dark and foreboding feel. 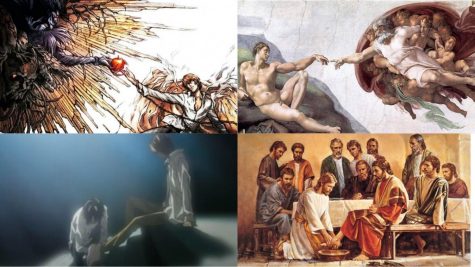 With that said, there are going to be some opinions that I think people will have about this anime. One is them centering around the story being played as two parts. I feel like people are going to gravitate more to Part 1 as it has the built-up rivalry, goes in the most directions, and arguably has the most tension. When Part 2 begins, it does become more clear where the story is heading, and what will happen. With that said, it still has some surprises, keeps up the thriller elements, and even ends on a satisfying note.

If you’re looking to get into anime, but want something with an adult edge to it then this series has what you’re looking for. It has creative characters, a lot of thriller elements, and an engaging story that will make you want to see it from beginning to end. My time with it was certainly interesting.