After the filler episode that was last week’s episode, the story is starting to enter its endgame.

The episode “War Mantle” begins with a rogue clone named Gregor from “Star Wars: The Clone Wars” who ends up captured by Imperial forces, but not before he sends a distress signal for help. The Bad Batch receives a message from Rex about the signal stating that he is unable to take on the mission, so he needs the group to rescue Gregor themselves. The mission itself is different from the others as most of the enemies they face aren’t clones, but rather normal recruits who will eventually become stormtroopers. Meanwhile, the Kaminoans find out that the Empire has canceled their partnership, and begin to take measures to preserve their operations.

Despite being played out as a usual rescue mission, there are a few elements here that I didn’t see coming, at least not yet. One of them being Gregor’s appearance. Long-time Star Wars fans recognize him as an MIA clone from the show’s predecessor series where he seemingly died in battle. It wasn’t until his appearance in the sequel series “Star Wars: Rebels” that fans saw that he managed to survive. Because these series are shown out of order it wasn’t much of a shock to see him show up here. While we still don’t know how he survived and made it back to the Republic turned Empire, it doesn’t detract from the storyline as we can connect the dots of what happened in between shows. 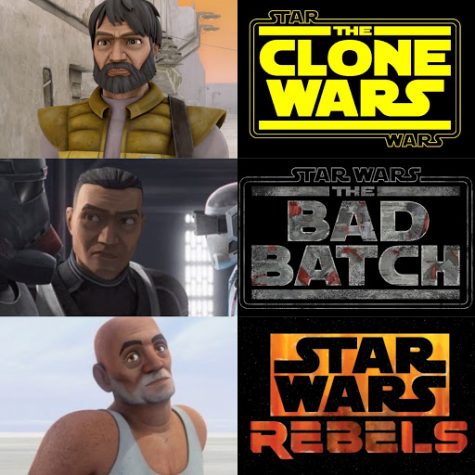 The pacing of the episode is also well handled. The opening had a suspenseful Spielbergian quality that reminded me of the opening to “E.T.: The Extra-Terrestrial” with its dark lighting, and tension-filled setting. When the plot gets rolling, there are some elements that start to feel redundant, in that, this is a situation we’ve seen numerous times in the series. The group encounters a problem they at first don’t think they can do, but after some discussion, they decide to take on the mission. Stuff like that does feel repetitive, but I also understand if it’s meant to set up something bigger down the road.

The Kaminoans also get a fair amount of characterization as their position with the Empire is in jeopardy when all their contracts have been canceled. Perhaps the series of events of clones going rogue had something to do with that choice. They’re played out as cold scientists who are trying to keep their operations running. There’s also an ominous scene where we see a group of young clones walking down a hallway wondering if they’ll be soldiers in the future. While the Kamioans reassure them that they will be one day, I can’t help but feel that there’s not a lot of truth to that statement. From the story’s events, we have an idea of what happens to the adult clones, but what about the young ones? It really makes you think about the ethics of the situation, with how the Republic has essentially requested clones to fight in a war, only to have them lose their purpose when they are deemed obsolete.

Speaking of which, when we enter the facility we see that there have been some major changes going on in the Empire recently. While there are still clone commandos (Delta Squad) in the area, most of the troopers there are normal recruits (TK units) sporting different armor. I like how this aspect was woven into the episode. There’s no big scene or introduction that tells the audience ahead of time. But rather we see the revelations as the story goes along which makes us more invested. Another thing I noticed was how the proto-stormtrooper designs are very reminiscent of Ralph McQuirres original concept art while the “Star Wars” was in production. I also liked how these scenes were scored with classic themes from the first film. As a longtime fan, these were cool easter eggs to include on the small screen. 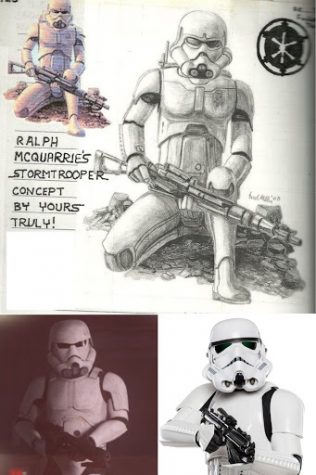 The episode ends when the group tries to escape via shuttle through the side of a cliff, only for Hunter to fall out and land on multiple branches of trees which felt very reminiscent of the film “Rambo: First Blood.” Hunter doesn’t waste time in telling the group to leave while he remains captured by Imperial forces. Once he’s locked up in a cell, Hunter is visited by his former teammate Crosshairs who comes to confront him.

There are only two episodes left in the season, so let’s see where the series takes us from here.

Rating: 5 out of 5 Spinnaker Sails.