Check out some of the leading news of the day – state budget cuts – as presented by the prominent Florida newspapers – directly below the flag. 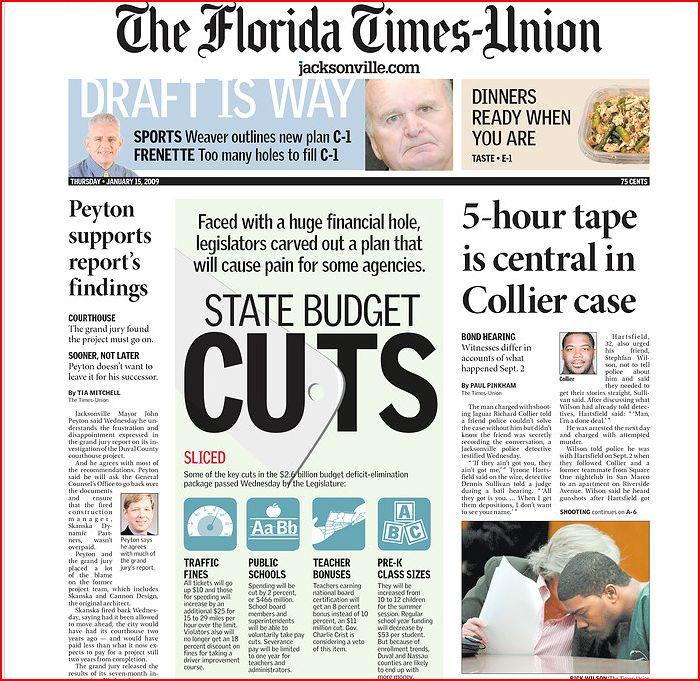 The T-U did a great job covering breaking news in Tallahassee… nice cleaver! No apparent sensationalism here…. on to Melbourne. 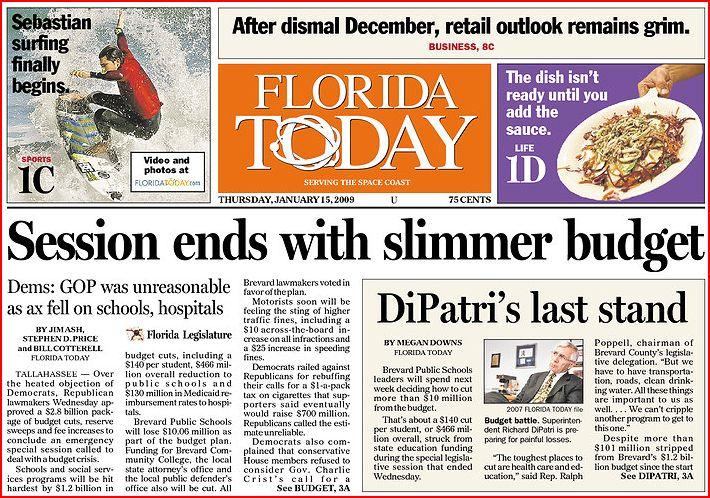 More big headlines on statewide budget cuts coming from Melbourne. Ah, the Miami Herald, surely a respectable publication caught wind of the emergency sessions in Talahassee, and they did!

And of course, Gov. Charlie Crist’s quick and timely response to the news of the day-$2.8 billion in cuts. (Screen shot taken at 8:30 p.m.) 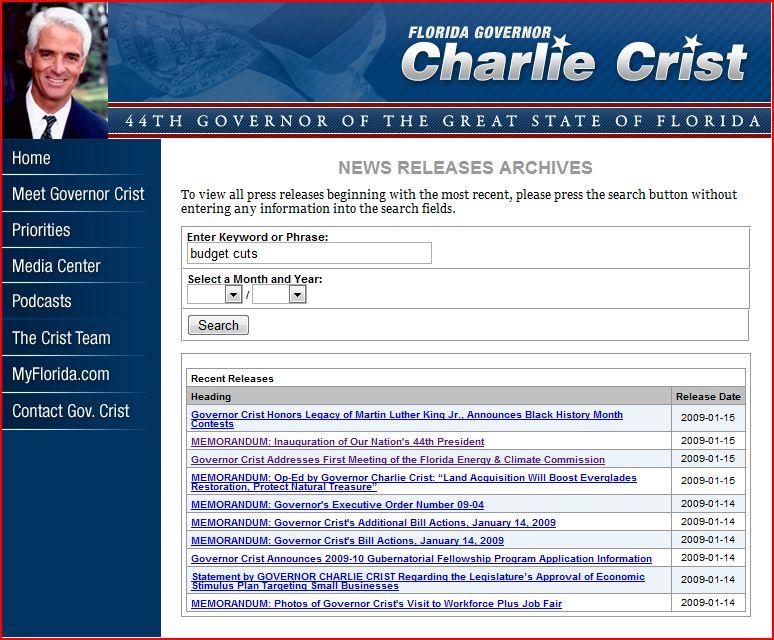 The governor released statements Jan. 15 concerning the environment, land acquisition, the presidential innaguration and Martin Luther King Jr. day, while seemingly missing the leading news of the day. However, Jonathan Morales (News Editor) and James Cannon II (Asst. News Editor) are quite sure, upon a search of the governor’s previous press releases, there are several statements concerning the current budget cuts. 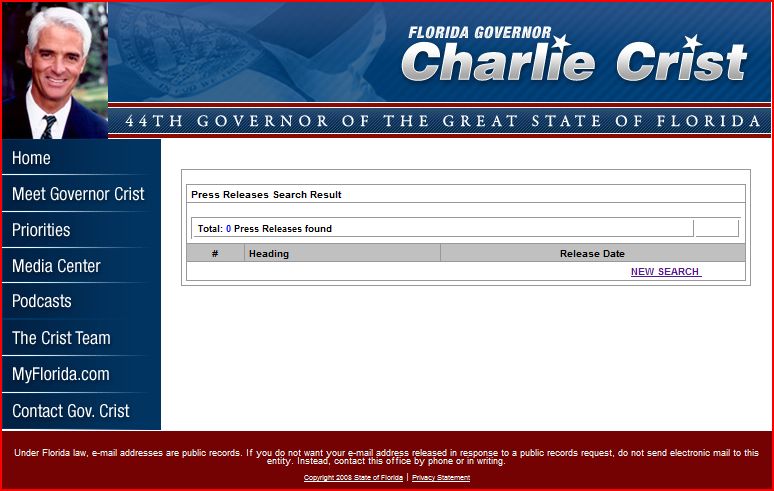 Oh, he didn’t forget did he? I mean, he only called emergency sessions to discuss a couple billion dollars… no biggie.