Funimation and Crunchyroll, what’s next?

It’s been around a week since it was announced that Sony bought Crunchyroll from AT&T and plans to have Funimation merge with the anime streaming platform. Since then, there have been a few updates on the situation that people should be aware of in the following months.

Anime fans have debated on whether or not they’ll add Crunchyroll content to Funimation or create an entirely new platform. Based on the circumstances of this deal, it will most likely be the former option. Either way, fans will be able to stream their favorite shows as both streaming services will now be sharing the same content.

This billion-dollar deal has also left people wondering if this goes against the U.S. Department of Justice for creating a monopoly of anime in the western world. This doesn’t seem to be the case as other streaming giants like Netflix are already heavily investing in the genre, which means that the deal is in the all-clear.

Despite the excitement from all of this, there is a fair amount of doubt among anime fans who use both services. As of now, it is unclear how some will react to these recent events. Crunchyroll recently posted a statement:

“We know you may have questions, today we begin the work of bringing two awesome teams together to bring you more of what you love. Thank you for your trust and support!”

One of the biggest worries is if people will be able to retain their jobs or get a fair amount of pay for their hard work. When you start to look at it, working on anime series isn’t the easiest of tasks. Unlike a standard cartoon, you’d find in the United States, anime is a genre that goes to multiple lengths to reach worldwide audiences. 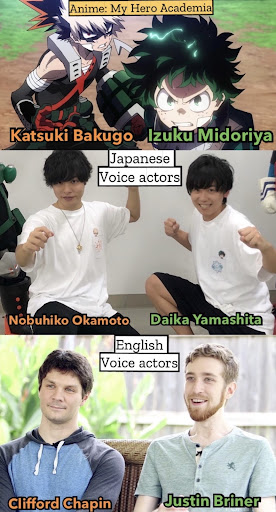 On top of having people work months or even years bringing episodes to the small screen, you also have people who cast and oversee voice actors for both Japanese subs and English dubs. They have to find the right people, make sure they emulate the characters and have their lines recorded on time before the episode’s airdate. The bottom line, this industry has an incredible amount of effort and talent put into it.

As of now, we’re still in the unknown as to whether this deal will lead to any ramifications or not. We’ll be sure to update you guys if more information on the story becomes available.