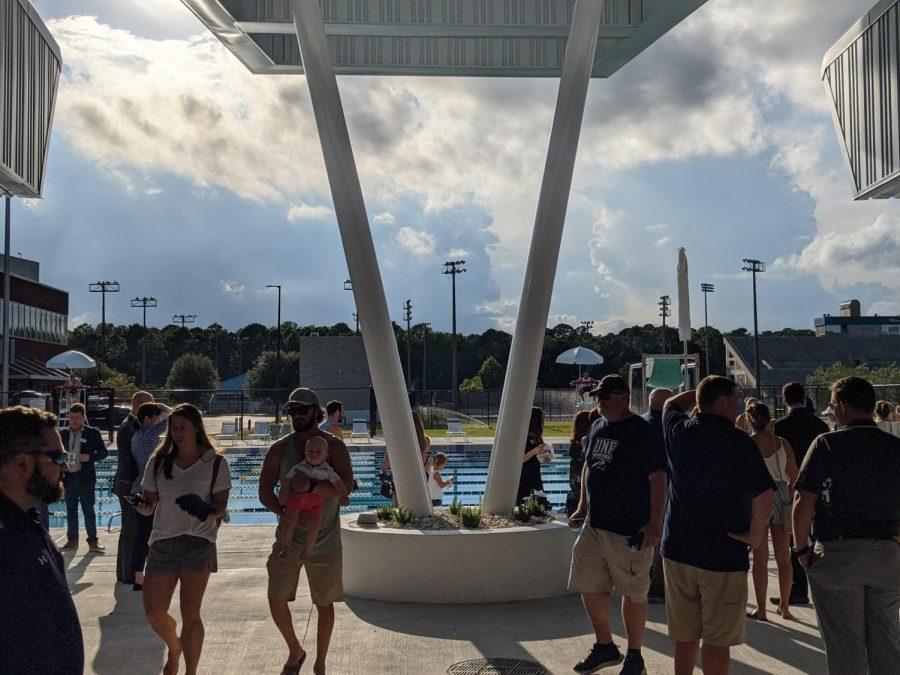 Recently, UNF’s new official pool complex opened to the public. After a high-profile ceremony held in the Field House, the site of the old Pool almost 10 years ago, the ribbon was cut for the new pool.

The ceremony was attended by many guests, including but not limited to members of SG, Alumni, current athletes, members of the AJAX construction company responsible for the construction of the project, and more.

Opening remarks were given by Athletic Director Nick Morrow, who explained the history behind the project and shared the routine endured by the UNF swim team for the past 8 years of swimming off-campus.

Other speakers included Head Coach Ian Coffey, and President Szymanski in one of his official last Acts as president before his transition. He elaborated on how the pool was one of his top priorities as president.

Student Government President Selma Besirevic was another one of the speakers. She gave details into how much of the funds for construction came from SG, and she was presented with a plaque.

“This pool will be the best pool ever.”

After the speakers were done talking, they and the attendees went outside for the official ribbon cutting ceremony. Besirevic, Szymanski, the other guest speakers and even Ozzie himself helped cut the ribbon, while being accompanied by UNF’S swim team.

The pool was then officially opened, and the guests were let in for food and drinks provided by AJAX. The swim team then ceremoniously took the first laps in the new Olympic Pool.