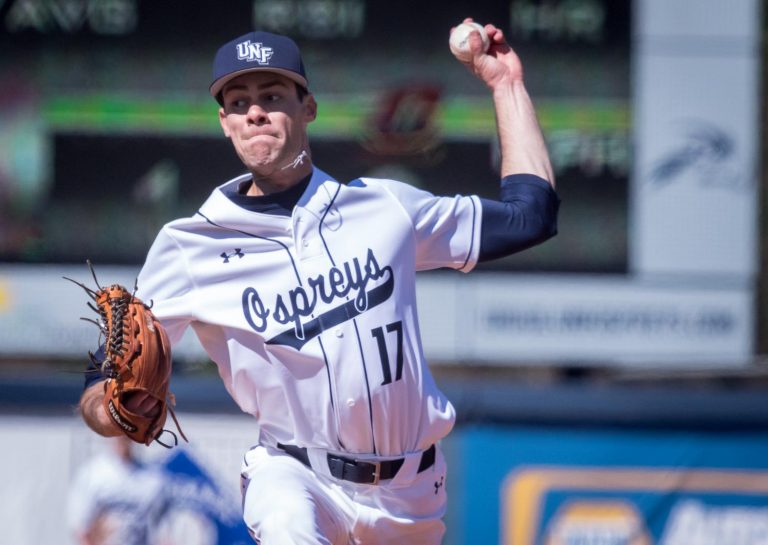 Only 57.5 percent of the University of North Florida (UNF) baseball team has been vaccinated, and those who aren’t vaccinated say they’re feeling pressure to get the shot even though they’d prefer to wait.

Baseball is one of the college sports in which athletes can pursue a professional future. Isaiah Byars, an infielder for the Ospreys, said he got the vaccine to help with his chances at going pro. “I didn’t want to risk anything interfering with my professional future and turn the scouts’ heads the wrong way if I didn’t get it,” he said.

The Jacksonville sports scene was shaken recently when Jaguars Head Coach Urban Meyer said he was factoring in vaccine status when making final Jaguars roster decisions. “Everyone was considered. That was part of the production, let’s start talking about this and also, ‘Is he vaccinated or not?’ Can I say that that was a decision-maker? It was certainly in consideration,” he said at a press conference.

That statement is one of the reasons there is a lot of fear as athletes dream of a professional future. Byars said, “It made me feel like I was somewhat forced to get the vaccine, not because of my coaches, but because I was scared that if I didn’t, I could risk the dream of baseball being my job one day.”

Raffy Santos, an infielder, and pitcher for UNF shared that he is unvaccinated. “[The vaccine] was made kind of too quick for me to trust it, but I believe that in around six months if I see things starting to get locked down again and we have many restrictions on us, I believe that I will do my part and get vaccinated,” he said.

Being a college sports team that doesn’t have the majority of the team vaccinated can cause heartbreaking things to happen in the postseason.

The NC State baseball team is a great example. Last year, NC State was one win away from making it to the College World Series championship series.

NCAA teams are starting to become more and more vaccinated as complications occur. It is a common theme for the majority of NCAA schools’ training and coaching staff to be vaccinated.

At UNF, the entire training and coaching staff for the baseball team is fully vaccinated. The next step is for all athletes to get the vaccine to help avoid any restrictions or problems down the road.

According to Alan Blinder of the New York Times, in college football, about half of the AP poll’s top 10 teams report that at least 90 percent of their team and coaching staff is fully vaccinated.

High-profile football programs such as Boston College, Ole Miss, and Arizona have reported that every single player, coach, and staff member is fully vaccinated.

The football programs have come under greater scrutiny, but athletes who play less celebrated sports haven’t felt as much pressure until now.

Tim Parenton, head coach of the UNF baseball team, encourages all of his players to get the COVID-19 vaccine. Parenton himself is fully vaccinated and has gotten all three of the booster shots. “I beat cancer 3 years ago and if anyone were to ever had to fight to beat cancer, you listen to everything doctors tell you,” he said.