‘Beautiful World, Where Are You’: a review 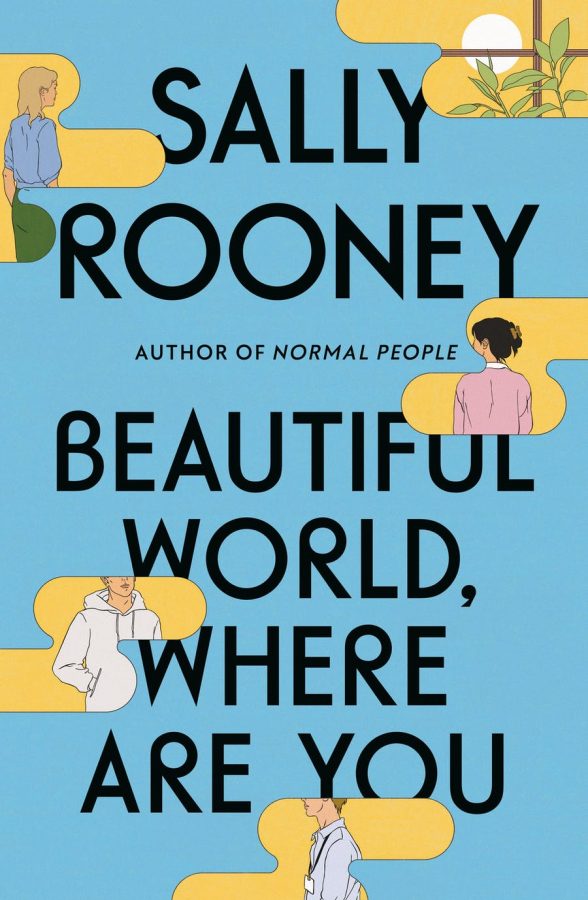 Cover of Sally Rooney’s Beautiful World, Where Are You. Photo via MacMillian Publishers.

With recent success, Sally Rooney continues on her path to becoming one of the most notable authors of the present era. Vogue refers to Rooney as an author with a cult following and the “Salinger for the Snapchat generation.” Rooney’s novels Normal People and Conversations with Friends have been widely appreciated as stories of romance that dive deeper into navigating the human experience. Beautiful World, Where Are You continues this pattern, but does not necessarily have anything groundbreaking to offer.

The novel follows two long-distance friends, Eileen and Alice, as they navigate life and new relationships. Eileen works as a literary journalist and tries to overcome the end of a long relationship. Through Alice, a famous novelist, Rooney gives her own insight into the life of a famous writer.
“I think of the twentieth century as one long question, and in the end we got the answer wrong. Aren’t we unfortunate babies to be born when the world ended?” —Beautiful World, Where Are You
Slightly too simplistic, the characters only have value when Rooney seems to speak through them to convey more complicated topics. The novel frequently shifts from a character-driven romance to something deeper in a jarring, chaotic manner. This may be intentional to convey the chaos of the present world.

The most intriguing sections of the book are the emails between Eileen and Alice, where they delve into the complexities of life while contemplating the end of the world. The novel could have benefitted from including more of the emails since they allow Rooney to explore something more unique and less cliché as opposed to the rest of the novel.
“Maybe we’re just born to love and worry about the people we know, and to go on loving and worrying even when there are more important things we should be doing.” —Beautiful World, Where Are You
The main weakness of the novel comes from Rooney’s characters. As a reader, it was difficult to sympathize with any of Rooney’s characters due to their annoying personalities. The love interests, Felix and Simon, are dull with little character development in the story. Meanwhile, Alice and Eileen frequently become indistinguishable from each other.
“But looking at the internet, I don’t see many ideas worth dying for.” —Beautiful World, Where Are You
Rooney does an excellent job portraying relationships between friends and partners, proving herself to be a master of writing people. While the characters are annoying, they are flawed and “real.” Rooney also succeeds in portraying Alice’s struggle with mental health and fame.

While Sally Rooney is an excellent writer, Beautiful World, Where Are You does not live up to her reputation as a groundbreaking one. The ideas she presents about life make the novel worth the read, but other than that, there is not much else.
“It makes me wonder whether celebrity culture has sort of metastasized to fill the emptiness left by religion.” —Beautiful World, Where Are You

Spinnaker rates this book 3.5 out of 5 Spinnaker Sails.