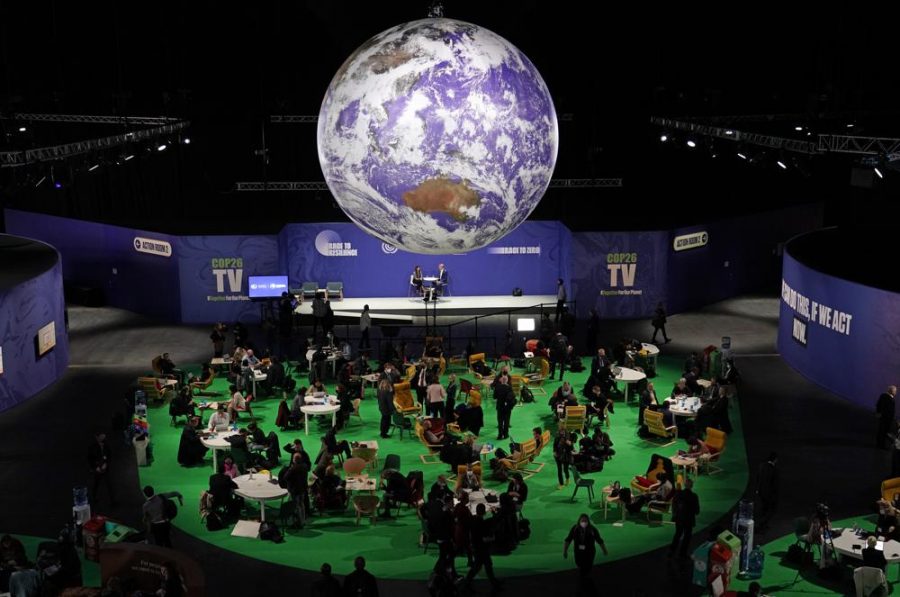 Delegates gather inside the venue on another day at the COP26 U.N. Climate Summit in Glasgow, Scotland, Wednesday, Nov. 3, 2021. The U.N. climate summit in Glasgow gathers leaders from around the world, in Scotland's biggest city, to lay out their vision for addressing the common challenge of global warming. (AP Photo/Alberto Pezzali)

The peninsula of Florida— known for its hurricanes, alligators, heat, and salt marshes— is the southernmost contiguous hotspot for climate change effects in America.

Adam Rosenblatt, a climate change research professor at the University of North Florida, delved into the study of the effects of this global issue on alligators with Spinnaker. His lab specifically focuses on changes in temperature of alligator eggs, and how detrimental temperature can be to the growth of the species. However, climate change effects are not just limited to the state’s native animals.

Rosenblatt further addressed how our city of Jacksonville faces three prevalent issues that are slowly but consistently imprinting on modern individuals’ lives.

Jacksonville’s sea levels have risen nine inches since the 1930s, according to Rosenblatt, and he predicts they will rise an additional 19 inches by 2050. The surrounding salt marshes cause a higher likelihood of flooding when large rain storms pass through the city or even more of a danger— hurricanes.

Describing Jacksonville as a “city in waiting,” Rosenblatt highlighted how another disastrous and more fearsome hurricane could be just over the horizon. The preparation and aftermath of hurricanes are not only obviously deadly, but simultaneously impede mental health, damage property, are dangerous for the economy, and destroy the city’s landscape.

Rising temperatures might not seem like an urgent issue now, but it will become one over the next several decades if it continues on this path. On average, three days a year reach 105 degrees Fahrenheit. Further, there are a predicted 90 days that will reach on average above 100 degrees Fahrenheit in less than a decade. This phenomenon is attributed mainly to the excessive amounts of greenhouse gases released into the atmosphere, according to Rosenblatt.

There are small waves individuals can make to combat these emissions including but not limited to reducing the amount of meat eaten, cars driven, airplane usage, as well as increasing recycling.

Rosenblatt emphasized that the greatest impact a UNF student can make is to vote. Choosing candidates students believe will advocate for positive change is all-important for spreading awareness about climate change.

Earlier this week, President Joe Biden brought the fight for climate change advocacy in front of other world leaders at the G-20 Summit. Biden’s administration released their strategy of how the United States would transform into an “entirely clean energy nation by 2050,” according to the Associated Press (AP).
“None of us can escape the worst that is yet to come if we fail to seize this moment.”

—President Joe Biden.
Climate change was always inevitable but it is our responsibility to accept the role we have played in speeding up the process. The longer policies to combat climate change are put on the backburner, the worse the future will become. But what is the incentive necessary to protect the planet from the consequences of our actions? Awareness. The reality of this dire situation has been addressed and it begs a response.