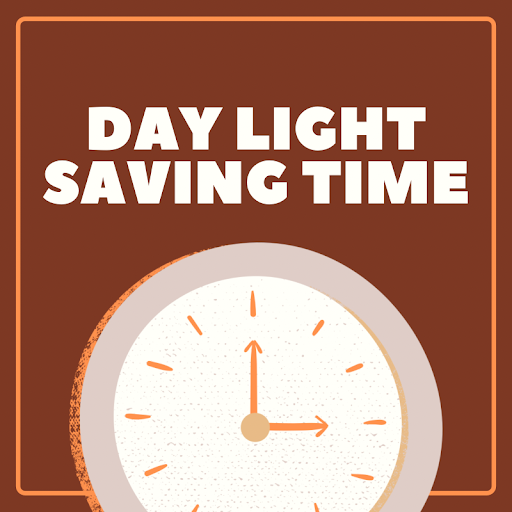 Don’t forget to reset your clocks back an hour this Sunday, as we enter the fall season and daylight-saving time (DST) approaches. During this time change, the days get shorter as the sun sets before 6 p.m. rather than after and you gain an extra hour of sleep.

What are the reasons for daylight saving time?

In the U.S, daylight savings begins on the second Sunday of March each year. Everyone sets their clocks forward by one hour, giving us extra sunlight during the day, making sunset after 6 p.m. Then on the first Sunday of November it ends and we set it back. There are various reasons why we follow this time change. Whether that be DST making businesses more money, to save energy, or because we’ve already followed it for so many years.

The US first used daylight saving time when the idea of the seasonal time shift was introduced in the Standard Time Act of 1918. In 1919, the bill was then repealed by the act titled An Act For the repeal from a Congressional override of President Wilson’s veto.

It wasn’t until President Franklin Roosevelt reinstituted year-round DST to conserve fuel during World War II following the model of Central European Summer Time. This effort was named “War Time,” lasting from 1942-1945. After that, states were allowed to choose to either follow DST or choose their own time versions. As you may imagine, this caused confusion with different states and their scheduling for transportation, television, and companies.

To end the confusion within different states, the Uniform Time Act of 1966 was created and signed by President Lyndon Johnson starting our standard scheduling that begins on the last Sunday of April and ends on the first Sunday of October. In Sec. 3. (a) states may be exempt from following through passing a state law.

The Energy Policy Act of 2005 began in 2007 in the US which set our standard for DST to begin on 2 a.m. the second Sunday of March and ending at 2 a.m. on the first Sunday of November. As you can see, the policies of daylight-saving time change overtime and may continue to change.

There are different positions on whether we should keep DST scheduling or change it. According to the National Conference of State Legislatures, “State legislatures continue to grapple with the vexing and multifaceted state policy questions regarding the biannual changing of the clocks. Most of the states have considered legislation over the last several years that would place the state permanently on either standard time or daylight-saving time.”

As for now, we continue to follow daylight-saving time. So, don’t forget to reset any clocks that don’t already do it automatically and enjoy your “extra hour” of sleep!