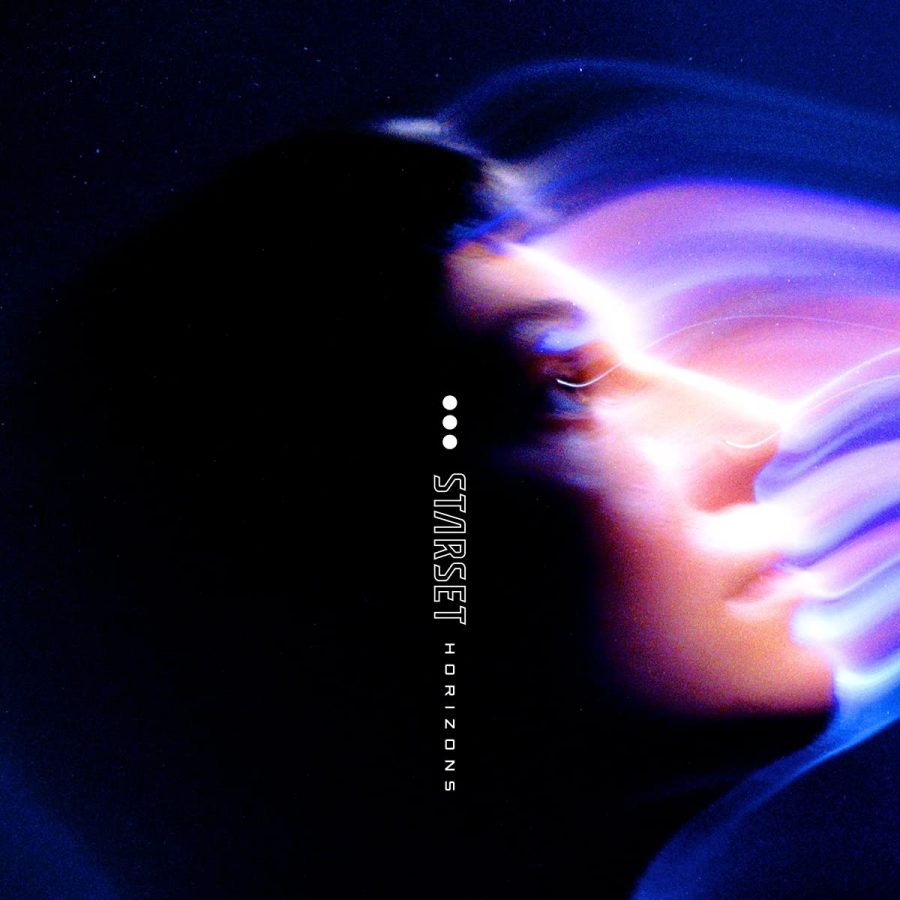 HORIZONS is the fourth studio album of progressive rock band STARSET. Known best for previous singles such as My Demons and Monster, STARSET’s new album is a beautiful mix of emotional lyrics and explosive instrumentals that create a lasting impression on their audience.

UNVEILING THE ARCHITECTURE: The introduction to this album is an instrumental track. This song has no vocals and feels very much like the suspenseful soundtrack of a sci-fi movie.

THE BREACH: THE BREACH fades in directly from the intro track, and has the same classic sound as Starset’s older music like My Demons. Though its lyrics are somewhat repetitive, the instrumentals – specifically the drums and bass – are very strong and start the album out on a high note.

OTHERWORLDLY: This track includes electronic sounds added in post, but is more lyrical and melodic. It is less repetitive than THE BREACH but still uses strong instrumentals, emphasizing the exhilaration of love with lyrics such as “In a profound way, I feel your space, I can’t explain this place you’re taking me”.

ICARUS: This track has strong vocals and a solid instrumental track. It has the same energy as THE BREACH and has the same classic sound as Starset’s older albums. Although the lyrics are somewhat repetitive, the vocals and instrumentals feel more meaningful, which may be a recurring theme for this album.

EARTHRISE: Opening with more electronic sounds, the vocals for this song are much softer than previous tracks. The lyrics “I still fall for you like suns do for skies,” in this ballad are beautiful and reflect the everlasting effects of love and loyalty – especially in the context of mortality in this album.

LEAVING THIS WORLD BEHIND: Starting with a strong drum feature, the vocals of this track are also more laid back than other tracks until the chorus. The verses are soft and build through the bridge to the explosive vocals and instrumentals of each chorus. The lyrics aren’t as pretty as EARTHRISE but this track is definitely catchy with really fun guitar, bass, and drum features throughout the entire song. The end of this track also has a very cool vocal/electronic instrumental feature that fades perfectly into the next track.

DEVOLUTION: This track opens on a very strong note with a perfect fade-in from the previous song. The vocals are covered with a nice filter and backed by perfect rhythmic instrumentals. The rhythmic pattern of the whole album is very catchy, but the instrumentals in this track specifically are very impressive. The lyrics are not necessarily inspiring, but halfway through the track, there is another speaking vocal feature that explores the album’s Alien sci-fi theme more. The feature builds back into the explosive instrumentals and vocals to end the track on

ALCHEMY: ALCHEMY has a similar energy to the rest of the album, with hard-hitting lyrics like “You get me high ‘til I want more, but you hit like chloroform”. The vocals stand out compared to the strong instrumentals of other tracks, though the song itself is quite repetitive. The end of the track is odd vocals speaking about what seems to be a magic show, which fades directly into the next track.

DISAPPEAR: This track has lowkey vocals and instrumentals, which solidifies the back and forth of the album’s ballads and loud tracks. The lyrics “I catch a glimpse of someone I should know, hard to tell if you were ever here” are emotional and moving, sharing the loss of someone important. The chorus vaguely reminds me of older rock songs like Papa Roach’s Forever, which is nice to think of in the scope of STARSET’s newer electronic sounds.

THIS ENDLESS ENDEAVOR: This track starts on a slow note with beautiful lyrics and instrumentals. The message of star-crossed lovers is conveyed nicely in lyrics such as “So, North Star, come and guide me to you,” and “I suffer the death of emotion between the waves of woe.” Vocals are certainly emphasized in this track although there is an instrumental feature with electronic sounds toward the end of the track before the last chorus.

SYMBIOTIC: Comparing love to symbiotic perfection, this track has amazing vocals and instrumentals both. The catchy lyrics “it’s something cosmic, it’s symbiotic…” make this track feel less like rock and more like a love song. Although the instrumentals are strong and sound great, the lyrics are the focus of this track – similar to the last few tracks as well.

DREAMCATCHER: Finally taking a break from the emotional songs, DREAMCATCHER opens with explosive drums and a solid instrumental beat. The lyrics are just as meaningful as previous tracks, but the stronger sound of this song changes the emotional depth of the lyrics.

TUNNELVISION: this track opens with a very strong instrumental rhythm and keeps the emphasis on the music rather than the vocals – not that they aren’t great as well. This track especially utilizes electronic sounds like vocal burns and sound effects.

INFECTED: The vocals stand out more in this track, originally produced for the Chinese mobile game “Arknights”. The lyrics are somewhat repetitive, but the instrumentals are solid and the sound effects are interesting as well.

SOMETHING WICKED:  The chilling piano and lyrics of this track close the album out on an emotional note. The vocals of “The crucifix in my hand’s a lie, cause nothing ever kills you” are haunting and reflect the back-and-forth of love and loss throughout every track on the album. It’s interesting to close the album out on such a soft note, but this track builds so beautifully it makes sense to save the most emotional piece for last. The instrumentals build beautifully into stronger bass and drums for the bridge “I have lost myself, I have come undone”.

STARSET paints an emotional image with this album that leaves a strong impression on the audience about love and loss using vivid lyrics, new and unique sounds, and their well-known dramatic instrumentals.

Spinnaker rates this album 4.5 out of 5 sails.