Ospreys cap off season-opening road trip with blowout loss at No. 2 UCLA 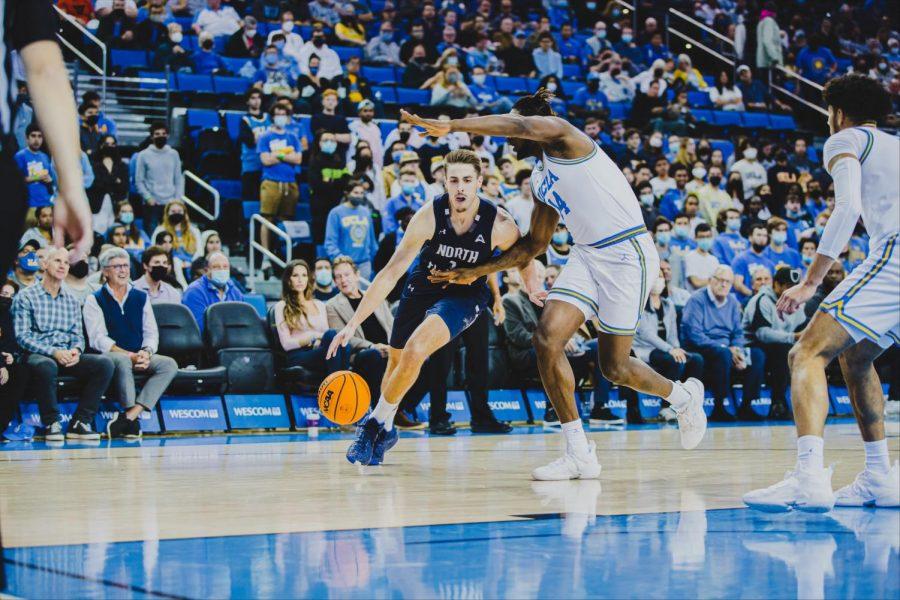 The first stretch of UNF’s gauntlet of a non-conference schedule came to a close late Wednesday night as second-ranked UCLA took down the Ospreys by a score of 98-63.

To say that the Ospreys have been challenged early this season would be a massive understatement. This year’s campaign started with five road games, four of which were against major conference schools.

The initial stretch of the onslaught culminated in a duel with UCLA, one of the top teams in the nation. The Bruins of UCLA are one of the sport’s most recognizable brands, leading the NCAA with 11 national championships in program history. After a stretch of mediocrity, the Bruins have returned to the forefront of the national stage.

The bright lights of Pauley Pavilion didn’t seem to faze the Ospreys, though, as they started off the game very competitively. The three ball was a key factor for UNF, hitting three early to keep the score close. 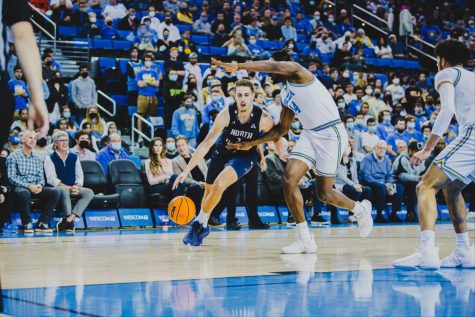 Just about halfway through the first half, UNF trailed by only four points. However, disaster struck soon thereafter when UCLA went on a 14-0. In a matter of minutes, the Bruins had opened the lead up to 20.

The Ospreys didn’t make up any ground, going into halftime down 55-33. The rest of the night was much of the same, with UCLA comfortably cruising to a 35-point win.

While this doesn’t look good on the score sheet, it served as a great opportunity for the Ospreys to face off with some of the best talent in the country. This experience could prove helpful down the road.

Leading the way for the Bruins was Jaime Jaquez, one of the heroes of UCLA’s Final Four run last season. Jaquez netted 20 points and eight rebounds, while his star counterpart Johnny Juzang accounted for 17 points.

Luckily for the Ospreys, they will have a very strong chance of picking up their first win on Saturday when they host Webber International. They will have a chance to settle in and iron things out before they travel to Kentucky to face another legendary program.