Native American Heritage Day: what is it? 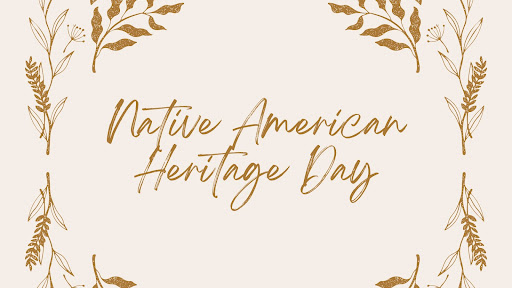 National Native American Heritage Day honors the first peoples of this nation on Friday, Nov 26. Throughout the month of November, we celebrate Indigenous People’s cultures, traditions, and history.

UNF observes Indigenous People’s Heritage Month. This past month various events and activities such as “An Evening of Indigenous Arts,” and “Roots of Injustice, Seeds of Change: Toward Right Relationship with Native Peoples,” were hosted by the Intercultural Center.

What is the difference between terms such as “Native-American,” “Indigenous People,” and “Indian American,”? Let’s review these terms, their historical context, and how they represent Indigenous people in the US.

According to the National Museum of the American Indian, “All of these terms are acceptable. The consensus, however, is that whenever possible, Native people prefer to be called by their specific tribal name. In the United States, Native American has been widely used but is falling out of favor with some groups, and the terms American Indian or Indigenous American are preferred by many Native people.”

There doesn’t seem to be a definite answer, it depends on who you talk to. The best way to figure it out is to typically just ask the person what they prefer. The formal term “Native-American” began in the 1960s since it is more appropriate than “American Indian.” The umbrella term “indigenous” refers to the general First Nation peoples, whether that be the Indigenous peoples of Canada, the United States, or even Europe.

Specificity matters as well, as the National Museum of the American Indian put it, “Native people prefer to be called by their specific tribal name.” It’s best to ask the person you are talking to about their preferences.

The history of Native Americans’ relationship with the government has been a long one and continues to this day. Although they are the First Nation of peoples, it wasn’t until the Indian Citizenship Act of 1924 that they were considered citizens of the United States.

“Yet even after the Indian Citizenship Act, some Native Americans weren’t allowed to vote because the right to vote was governed by state law. Until 1957, some states barred Native Americans from voting.” According to America’s Library.

In 1915, Blackfoot Native American Red Fox James rode on horseback from states in an effort to designate a federal day to honor Native Americans. He presented 24 state government endorsements at the White House. New York was the first state to acknowledge and celebrate “American Indian Day,” in 1916 because of Red Fox James’ contribution.

The Biden Administration also recognizes Native American Heritage Month and encourages all other Americans to observe it as well.

“Native American roots are deeply embedded in this land — a homeland loved, nurtured, strengthened, and fought for with honor and conviction.  This month and every month, we honor the precious, strong, and enduring cultures and contributions of all Native Americans and recommit ourselves to fulfilling the full promise of our Nation together.”

In Jacksonville, the Timucua lived in what is today northeast Florida and southeast Georgia.

According to the National Park Service, “The Timucua all spoke dialects of the same language, although they were not united politically, living in different tribes with their own territory and dialects. They would not have seen themselves as one people. The Timucua practiced agriculture for much of their food but also hunted and gathered. They worshipped primarily the Sun and the Moon, but they had other gods of importance. When Europeans first arrived in Florida in the 1500s, the Timucua occupied over 19,000 square miles of land and their population was likely about 200,000. However, by 1800, there were no more Timucua left. They had been completely wiped out.” The Timucuan Ecological and Historic Preserve work to keep their stories alive.

For more information on the Timucua and preservation areas in Jacksonville, click here.