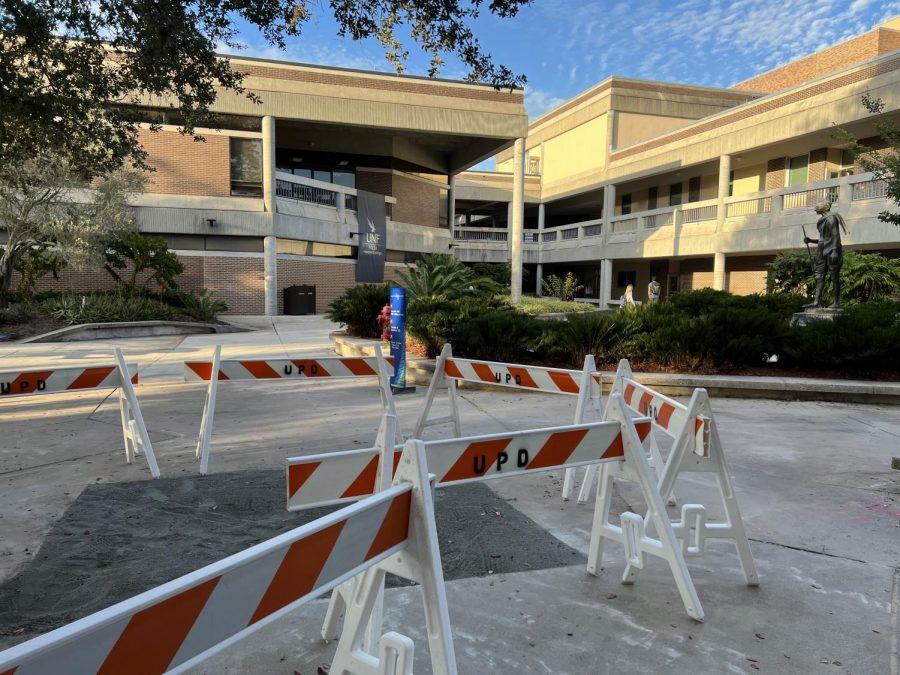 A square portion of the sidewalk in front of the Gandhi statue in the middle of UNF’s campus is cordoned off by UPD barricades. On the evening of Nov. 28, students, faculty, and staff were notified that water in certain areas of the campus was no longer potable for the time being.

After the University of North Florida (UNF) advised everyone on campus to not drink the water in all buildings within the core of campus — closing the ever-popular Starbucks and Chick-fil-A locations in that area — Spinnaker has noticed some change.

Cordoned off by UPD fences, a portion of the sidewalk in front of the Gandhi statue at the core of campus appears to have been filled. There have been no updates at this time as to whether or not water is drinkable again, but Chick-fil-A has reopened.

Spinnaker will update this story once more information is released about the water conditions on the core of UNF’s campus.