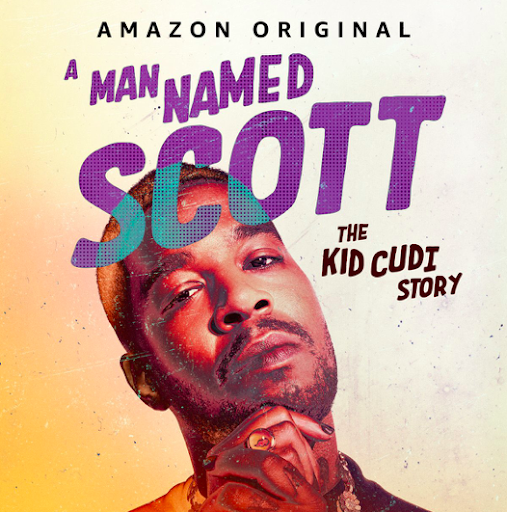 Since the 2008 MySpace debut of “Day n Nite,’” Scott “Kid Cudi” Mescudi has transcended the hip hop industry with his music.

Kid Cudi’s unconventional style and lyrics flow elegantly with his natural talent for melodic rhythm. There isn’t anyone else quite like Scott, and he has continued to show the world he will always stay true to himself and his vision throughout the ups and downs.

Amazon’s “A Man Named Scott” is a documentary that doesn’t necessarily focus on his personal life, but instead takes the audience on a journey of Kid Cudi’s music, one track and one album after the next.

“A Man Named Scott” isn’t only an outlet for fans to reconnect with him; the documentary provides insight into what it means to be an artist and the weight of being a successful one facing mental issues at that.

There are a couple of interviews with Scott during its 95-minute duration, but the film’s narration is told mainly from the perspective of people in his life, such as friends, fellow artists, and producers. As a result, expect to see open and honest interviews from Kayne West, ScHoolboy Q, and producers Da Dot Genius, Emile Haynie, and Plain Pat.

The film and Scott’s story is inspiring for all ages and creative minds alike. However, it primarily focuses on the younger generations influenced by his music, considering his first album, “Man on the Moon: The End of Day,” released in 2009. “A Man Named Scott” reinforces this intention by interviewing young and relevant pop culture icons such as actors Shia LaBeouf, Timothée Chalamet, and Will Smith’s children, Willow and Jaden.

Additionally, the film has interviews with Scott’s fans from around the globe, reflecting on how his music spoke to them and saved their lives. It’s heartfelt, sincere, and emotional for those who have followed him since the start of his career contributing to the “808s & Heartbreak” album by Kanye West.

It goes without question that the musical genius of Scott Mescudi has changed lives forever, but it has come at a high cost. Anyone who has listened to Kid Cudi knows he wears his heart on his sleeve and presents it to audiences in his lyrics—sometimes very dark and depressing. But isn’t that what’s captivating about him? Despite bouts with cocaine addiction and thoughts of suicide, Scott has overcome the odds by seeking help and going to rehab.

Mescudi has single-handedly changed the way people perceive rap music, and how it’s performed, throughout his career. He’s found success in his career by rapping about his raw emotion and the way he feels instead of presenting himself as a gangster, which was what many other successful rap artists were doing at the time. This vulnerable nature gives authenticity to what makes him human and why so many people around the globe connect with him and his music.

“A Man Named Scott” is the definitive Kid Cudi documentary, compiling interviews, concerts, and never-seen behind-the-scenes footage. The film successfully provides fans with a clearer perspective of the story and music behind the man on the moon.

Rating: 5 out of 5 Spinnaker Sails.