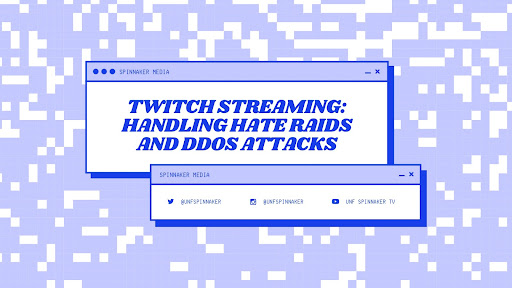 Over the years, game development and design have improved drastically. From giant arcade machinery that stood in shopping centers at about six feet tall, to the slim sleek HD monitors in home offices.

Today, gaming software and platforms vary in size, performance, and capability. There is a multitude of choices, from consoles such as the PlayStation and Nintendo Switch to prebuilt or personal computer builds. Game developers continue to design for better visual content, functionality, and storytelling.

Alongside these developments, streaming has also gained popularity throughout the years. From the earliest most known websites being YouTube. Gamers from all across the globe would pre-record gameplays online for viewers to watch later. There are various reasons why these YouTube videos gain such a massive following: those who watch are doing so to discover new strategies to play the game, are viewing to see if the game is worth purchasing, or just for pure entertainment.

According to the Pew Research Center’s study on popular YouTube channels, “Video games were a frequent and highly watched topic on popular YouTube channels during the week, comprising the most common (non-miscellaneous) topic on the platform in this study. Many of these videos consisted of people using social gaming platforms like Twitch and Discord to stream a webcast of themselves playing video games such as Fortnite and Minecraft while they talked with their online friends.”

In 2005, Justin Kan was a Yale student studying towards a physics and psychology degree. Kan began a startup in 2005, and thus began the live-streaming platform that was called Justin.tv, now formally known as Twitch.

Twitch gained its popularity because of its unique interactive live stream between viewer and host and its broadcasting of live esports competitions. Through Twitch streaming, individuals can build a community on the platform.

Streamers can also make some extra cash through the Twitch Affiliates and Partners program. By building a community, they can also create unique chat emotes for viewers to use, include chat moderators (mods) to meet their standards for safety for chat, and make their own streaming schedule.

Streamers can also take precautions in the case that users abuse the chat option by using moderators, or mods. Mods can enforce a time-out in cases of spam and censor any inappropriate words that the host can filter out.

Similarly, with YouTube, the more content and engagement streamers put towards their channel, the more likely they are to find their community. Some streamers even send out their own viewers to boost others’ channels by “raiding” This action is done when a creator ends their stream and can raid another stream by sending their viewers to another’s channel.

However, there has been a cause for concern regarding the safety of streamers. Just as easy it is to join Twitch, it is also easy for them to be attacked. Some of the most common tactics are hate raids, distributed denial-of-service, or DDoS attacks, and swatting.

DDoS attacks happen when the perpetrator sends a massive amount of junk traffic to a target IP address, causing its users to go completely offline. Certain games use the peer-to-peer format, which is when one player acts as the server so all other players can then connect to them. When this happens, the network is shared and exchanges workloads, which is where some attackers can access users’ addresses.

A virtual private network (VPN) protects network connection and encrypts a user’s online identity. It is a common tool streamers and gamers set up to protect themselves from IP addresses being potentially leaked.

According to the Pew Research Center, “just 16% of online adults are aware that a group of computers that is networked together and used by hackers to steal data is referred to as a “botnet.” A similar share (13%) is aware that the risks of using insecure Wi-Fi networks can be minimized by using a virtual private network, or VPN,” in their report regarding the public and cybersecurity.

Some even go as far as swatting streamers. Swatting is when someone makes a false call to the authorities to a streamer’s surrounding area to send an armed team to their home. These calls usually report something extreme, in order to get the SWAT team involved, and are dangerous.

Maeve Duggan, a former research associate with the Pew Research Center, explains the negative experiences users may have online, “Trolling and swatting are designed to overwhelm – the former by manipulating someone’s emotions or reactions, and the latter by calling in fake emergencies so authorities will unexpectedly arrive at someone’s house or other location.”

Online safety continues to become a major concern. For those who are considering building their own platforms, it’s encouraged to take safety precautions such as setting up a VPN in worst-case scenarios.