Shooting struggles prove costly for Ospreys in loss to Liberty 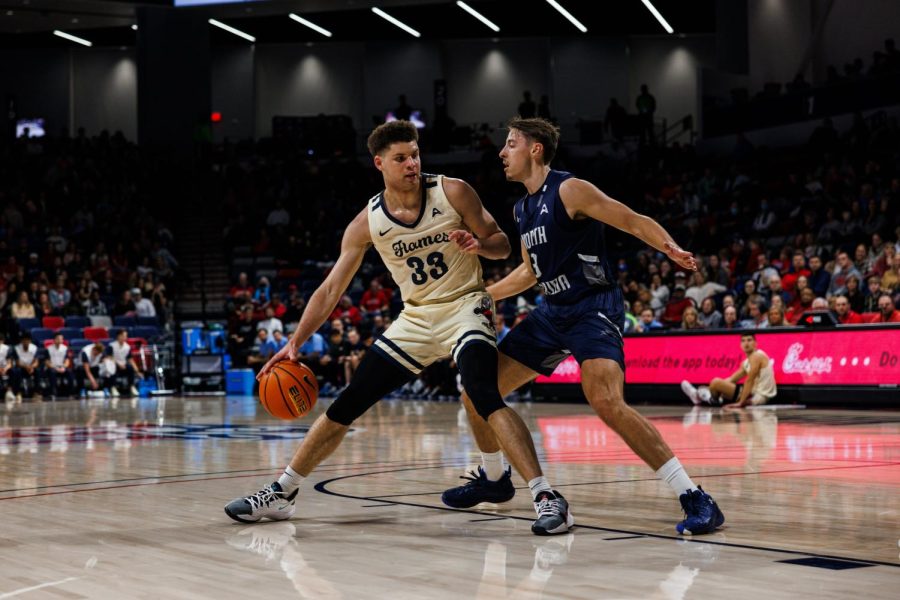 LYNCHBURG, Va. — While UNF kept it close during the first half, the deficit grew gradually throughout the remainder of Tuesday’s battle with Liberty University, ultimately resulting in another loss.

In past years, the Ospreys have been known endearingly as the “Birds of Trey,” a reference to their efficiency from three-point range. However, UNF’s recent performances have made this nickname seem just an ancient relic of the past.

In UNF’s three losses that have opened ASUN play, the Ospreys have shot an abysmal 22 percent from beyond the arc. With struggles abundant elsewhere on the court, the team simply can not afford to miss this many opportunities from three. This trend continued its unwelcome presence appearance on Tuesday night.

Early on, things looked relatively promising. Despite the unavailability of leading scorer, Jose Placer, the Ospreys showed fight in the first half. The Liberty Flames maintained a lead for the entirety of the game’s first twenty minutes of play, but it was a manageable deficit nonetheless.

While it was a sloppy start for both teams, it was evident going into halftime that the Ospreys would not be able to rely on the deep shot yet again. Going 2-15 from three in the first half certainly didn’t help any, but this game was far from being out of reach.

The beginning of the second half was by far the most promising stretch of basketball for UNF on Tuesday. A 7-0 run brought the Ospreys within four points of the Flames. Forward Carter Hendricksen was a driving factor in this push, scoring eight of UNF’s first 10 points in the second half.

.@c_hendricksen3 with the spin cycle!

The Flames, led by head coach Ritchie McKay, soon settled back in. A UNF scoring drought lasting nearly four minutes allowed Liberty to open their lead to 14 points, their largest advantage of the night. From here on out, the Ospreys couldn’t extinguish the Flames’ lead.

A 71-56 loss drops the Ospreys’ record to a disappointing 4-12 on the year. While losses to big-name schools were expected in non-conference play, ASUN play typically serves as a chance for UNF to even out the record. Things are looking like that might not be the case this year, though.

Things don’t get any easier either, as a revamped Jacksonville Dolphins squad visits UNF on Saturday for 2022’s first installment of the River City Rumble. The game begins at 5 p.m. and is free for students to attend.