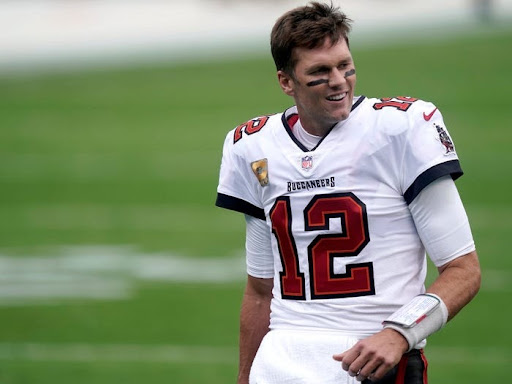 After an illustrious career, including seven Super Bowl victories, quarterback Tom Brady has put all speculation to rest by announcing his retirement on Instagram.

When a 22-year-old quarterback from the University of Michigan was drafted 199th overall in the 2000 NFL Draft, no one knew what was coming. Surely, someone taken in the sixth round wouldn’t amount to much, right?

During his time in Ann Arbor, Brady didn’t exactly steal the show. Only starting in his final two seasons, he tallied up 30 touchdowns with 16 interceptions. The potential was there, but he still wasn’t the guy once he got to the NFL.

Brady’s rookie season was spent on the bench, far from glory. Drew Bledsoe was the starting quarterback for the New England Patriots, and it seemed that it would remain this way for quite some time. When an injury early in 2001 sidelined Bledsoe, though, it was Brady’s time to shine.

What came next was something of legends. While Brady finally had his opportunity, he didn’t want to see it happen this way. “When Drew got hurt, no one would’ve wanted that, no one hoped for that,” Brady said in his ESPN+ series Man in the Arena.

Nonetheless, the enthusiastic youngster got to work. It didn’t take long to find success, as Brady’s legend began when he won the Super Bowl and was named the game’s Most Valuable Player in 2002, his first season as a starter. Along the way, Brady racked up another six Super Bowl titles in his career.

While much of his career was spent in Massachusetts, Brady shocked the sports world by leaving to join the Tampa Bay Buccaneers prior to the 2020 season. This included a 2021 Super Bowl victory in front of a home crowd over the Kansas City Chiefs at Raymond James Stadium in Tampa.

With such a long-lasting and successful career, many were touched by Brady’s time spent on the gridiron. While UNF may not have a football team, Brady still left an impact on Ospreys all across the community.

Spinnaker conducted an Instagram poll asking followers what their thoughts were on Brady’s retirement.

“Happy for him, hope he enjoys his time with the fam,” wrote one user. After 22 years in the NFL, it’s safe to assume that spending time with his family is something Brady will cherish. Another reply to the poll stated, “Sad. Greatest QB of all time.”

While he was a fan favorite throughout the Patriots and Buccaneers fanbases, Brady also left a mark on those from rival teams. One of these teams is the Buffalo Bills, an AFC East rival that Brady beat 33 times throughout his career. “From a Bills fan, even though he always beat us, he will go down as one of the best!” wrote one user.

Brady was both beloved and hated depending on who your favorite team was. From the early days to the infamous DeflateGate scandal, all the way to winning his final Super Bowl, Brady will unquestionably go down in history. Football will never be the same without Tom Brady.