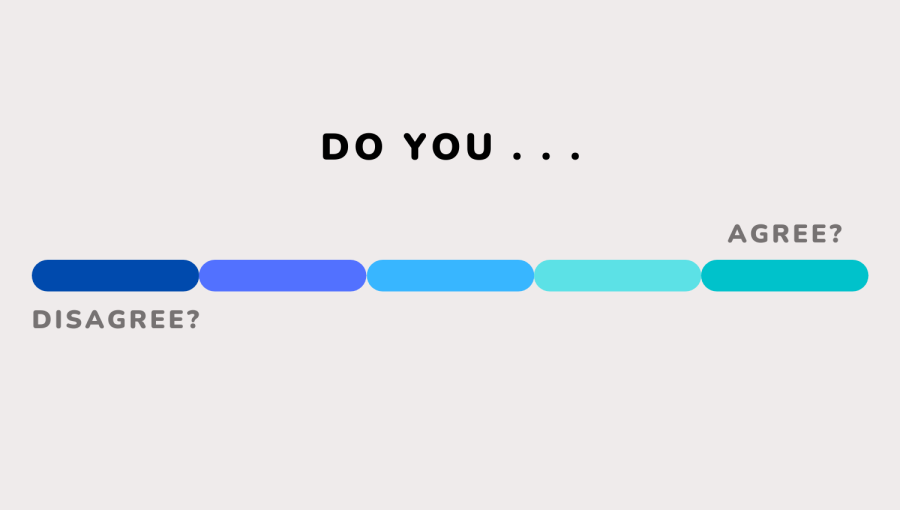 “Do you agree or disagree?”

The United Faculty of Florida (UFF)—the state’s largest higher education institution union—is pushing for students and staff to ignore an “intellectual freedom and viewpoint diversity survey” sent out by the Florida Board of Governors (BOG) to all public state universities on Monday.

Hitting inboxes early that same morning, UFF released a letter to faculty members encouraging them not to respond to the survey. Among other detailed reasons, they say that many of the survey’s questions are “leading in nature,” “imply that there is a problem of viewpoint fairness” on campuses and will cause a “chilling effect” on university-wide freedom of speech.

Under this law, the State Board of Education cannot “shield” students, faculty or staff in Florida from free speech protected under the First Amendment.

In this context, shield means “to limit students’, faculty members’, or staff members’, access to, or observation of, ideas and opinions that they may find uncomfortable, unwelcome, disagreeable, or offensive,” according to the bill’s language.

Before the Florida BOG sent out the surveys, the law’s opponents filed an injunction to prevent this, but Chief U.S. District Judge Mark Walker denied their efforts on Friday, the Miami Herald reported.

The survey is completely voluntary; respondents are told they are not required to answer all of the questions and are free to withdraw from the survey at any point.

“No personally identifiable information will be associated with your responses. This survey is anonymous, and responses will only be reported at the group level, not at the individual level,” the email reads.

However, this promise didn’t satisfy UFF as they claim that: “The specificity of the survey’s demographic questions allows for targeting of faculty, particularly minority faculty, and can be used to attack tenure,” within a guidance email sent Friday.

The survey comes in two versions—student or employee—depending on the respondent’s role at their university. Student employees received both.
The student survey
The first set of 11 questions asks students to choose how much they agree or disagree with given statements on a scale: “Strongly agree,” “Agree,” “Neither agree nor disagree,” “Disagree” or “Strongly disagree.” Some of the questions include the following:

Next, the survey asks students to guess whether their professor’s beliefs are “Liberal,” “Conservative,” “Other” or “Don’t Know.”

The student’s survey closes out with general questions about enrollment status, coursework, race, gender, level of study and whether they attend a community college or state university.
The employee survey
Employees are asked where they stand between “Strongly agree” and “Strongly disagree” with given statements. Here are some of the questions provided:

Suppose they “disagree” or “strongly disagree” that their institution is equally tolerant and welcoming of both liberal and conservative ideas and beliefs. In that case, employees are asked to indicate the ideas and beliefs that are more prevalent. Three options are given: “Liberal,” “Conservative” or “Other.”

Employees are then asked what category describes their primary employment with their institution. The following five options are given:

Only those considered faculty or instructional personnel are then asked to select the extent to which they agree or disagree with provided statements. Once again, options range from “Strongly agree” to “Strongly disagree.” Some of the questions are shown below:

“Students in my classes are exposed to competing arguments and multiple perspectives on a topic.”
“I rarely inject my own political ideas and beliefs into my classes.”
“An expectation of receiving continuing contract/tenure is that faculty ascribe to a particular political viewpoint.”

Employees who answered “agree” or “strongly agree” to the previous question are asked to indicate which political viewpoint is the expectation: “Liberal,” “Conservative” or “Other.”

In the final question, the survey asks respondents to “place yourself on the following scale,” given four options: “Conservative,” “Moderate,” “Liberal” or “None of the Above.”
‘Surveillance has no place in Florida’s higher education system’
UFF says that this survey would not pass “validity tests” in any institutional review process because “there is no way to ensure that responses will reflect the demographics of the institution.”

Spinnaker confirmed that survey links could be copied and forwarded to anyone, regardless of who originally received the email.

UFF and other critics of the law are already engaged in a federal lawsuit against BOG members, Florida state education officials and the Florida Department of Education members.

“We don’t need or want a return to the dark days of McCarthyism and the Johns Committee in Florida. Academic freedom, freedom of speech, and exposure to diverse perspectives in the classroom are core values for our campus community,” United Faculty of Florida at the University of North Florida (UFF-UNF) President Nicholas de Villiers said. “Faculty do not welcome the interference of an explicitly partisan survey that infringes on our privacy and civil liberties.”