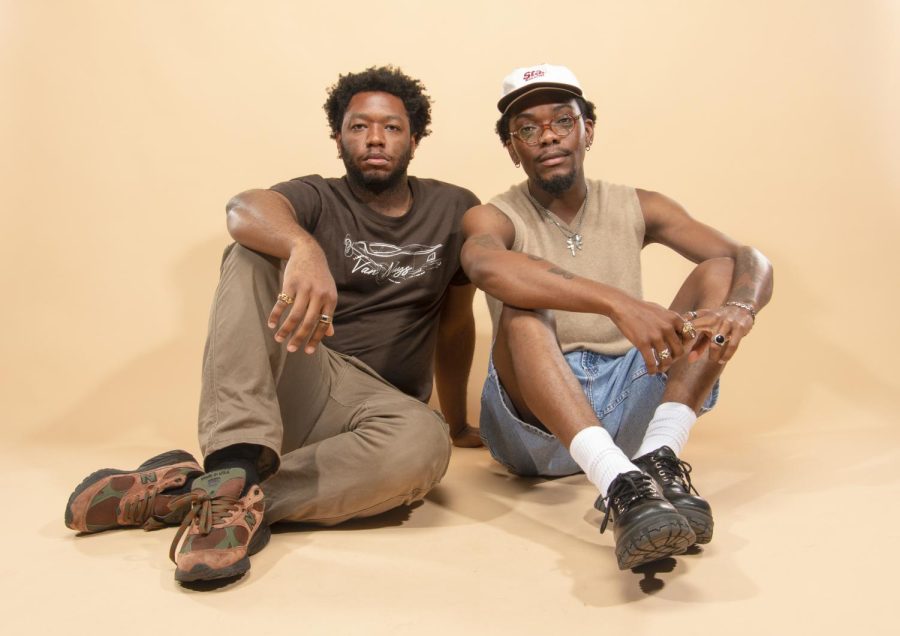 Khalil Osborne and Tenny Rudolph are two Duval artists that create killer work that explores culture through portraiture. “FOREVERGREEN” is their farewell show, which will display fresh ideas and new work, as well as mark their departure from the city of Jacksonville. The artists have their eyes on new horizons in Texas, where they hope to grow and develop their ideas.

“It is the last time Jax will see an immersive step into the mind of Tenny and myself!,” Khalil wrote in a statement. […] “Outside of Jacksonville, I just hope to get better at my craft with new faces and locations and [I’m] hoping this new environment sparks new creativity that drives me to be better!”

“To me, the farewell show isn’t like a goodbye forever type of thing!,” Tenny wrote. “It’s more so a pause on creating in Jax for a bit! I kinda dabble everywhere, so Texas is just next lol. It’s a time for me to live somewhere else and explore and learn about another city’s art scene! I’m hoping to grow and bring back new things for the Jacksonville art community!”


What kind of work can the community expect at the show?
“‘Self-exploration,’ I feel like is a good word to explain it,” Khalil said. “Me and Tenny are both portrait photographers, but our work is so different with the themes that we choose, and that we pick. […] You’re going to see things that relate to us. I’ve been studying a lot of like black surrealism in my work and stuff like that.”

“Khalil did mostly studio work and then mine is more […] outside and it’s like one setting,” Tenny said.  “I wanted to go for like an editorial vibe, or style of work for the show.”

“99% of Tenny’s work is gonna be on film […], but all of mine is gonna be on digital, Khalil added. “I think that aspect is cool too, we can show how our styles can relate even with different mediums, and how it can be pieced together really well in the show.”

When people walk into the show, they should expect to feel like they’re not just inside a normal building. According to the artists, they didn’t want to make it a typical art show in which there are just photos up on the wall.

“It’s immersive,” they agreed. “Everything’s gonna feel like you walked in a Rainforest Cafe.”
What makes you proud of your work?
For Kahlil, it’s the technical things that people wouldn’t know about when they look at the picture, like the amount of lighting he’s using, for example.

“It might be overkill, but some of the photoshoots I’m doing, I’m using six lights […] just really trying to see what’s possible. So, I always go overboard with everything. But the thing that makes me proud is knowing the technicality of the pictures I’m taking.”

Being able to experiment and try new things with the work is important to Tenny’s artistic process. He also enjoys using photography as a tool to lift up communities.

“I think I’m most proud of being able to photograph Black people and being able to showcase people who look like me,” Tenny responded.

Tell me your first experience with photography.
From a young age, Khalil grew up in a creative space, thanks to his mother, who always used to paint.

“She always pushed [the] arts on me, so I’ve always felt like I been in a creative space that supports creative space,” Khalil said. “But I started photography my freshman year of high school because of a photoshop class. I feel like I would’ve been a painter if I didn’t find photography.”

Tenny was first introduced to film while directing a photoshoot with one of his friends, back in 2016.

“It was like my first time actually knowing what film photography was,” Tenny answered. “I didn’t know the difference between film and digital for some reason. […] I got so intrigued by the colors and the whole process behind changing the rolls of film, and I was like ‘God damn this is kind of cool’.”
Who are your biggest inspirations or what photographers do you look up to?
“One of my biggest inspirations is obviously Khalil,” Tenny said jokingly. “We low-key thrive on each other. It’s kind of like our brains literally are so connected it’s weird.”

Tenny said he also draws inspiration from a lot of other Black film photographers, such as Tyler Mitchell.

Khalil takes to paintings for inspiration and says he loves to look at them, as well as graffiti work.

“I love Kerry James Marshall, he’s like my favorite painter. I love how everything feels Black in his work.”

What are your goals?
“I want people to see my work and know it’s mine,” Tenny replied. “I want to have a signature style, and I’m like slowly getting there.”

“I love creating album covers for people and I love helping those visuals come to life. […] It’s not really my goal, it’s really just to kind of create things that I like and that I’m proud of – It’s like fun. It’s literally just a fun hobby more than just  something I look at as a job.”

Set design is a really big aspect that both artists definitely want to expand on in the future. According to them, they discuss it almost every day. The show will be their first experimental step into creating real sets.

“Jacksonville has one of the best local art scenes there is,” Khalil concludes. “The amount of talent that is in Jacksonville is honestly insane. It’s crazy to think about.”

Their exhibit is approaching soon, so mark your calendars to embrace the local art of a contemporary Jacksonville-grown duo.