Osprey and entrepreneur: a UNF alum’s journey through the crypto world 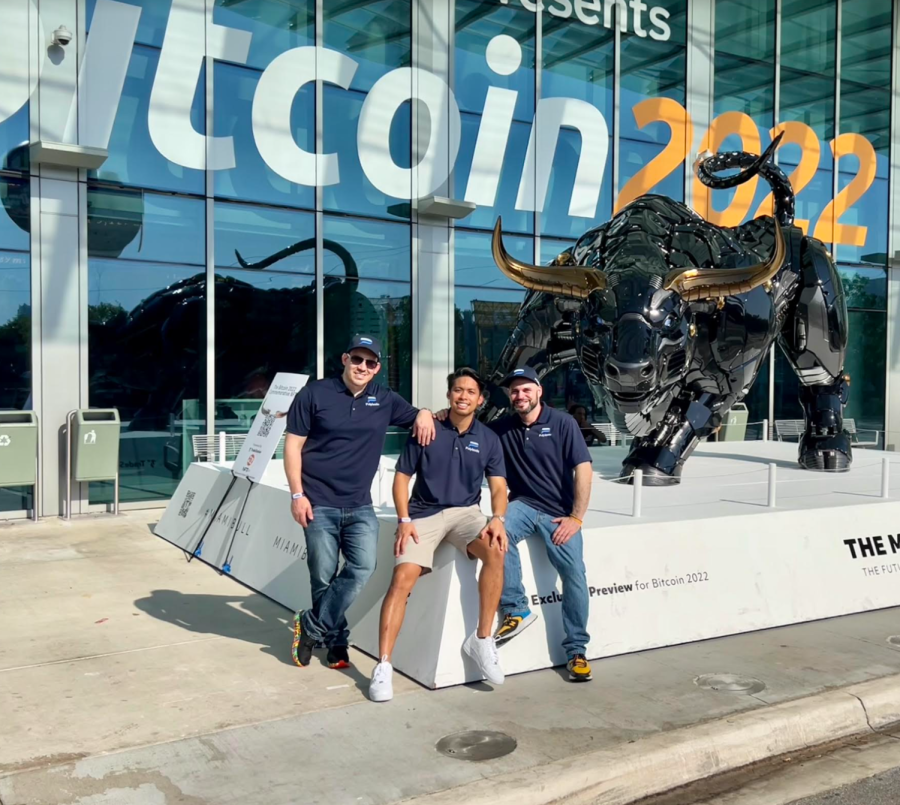 VJ Ibones (center) with members of his team. Ibones is a founding creator of Polylastic, a cryptocurrency index protocol, and University of North Florida graduate. Photo courtesy of VJ Ibones.

In 2016, VJ Ibones, a graduate of the University of North Florida (UNF), had never heard of Bitcoin. Six years later, he is a founding creator of the cryptocurrency index protocol, Polylastic.

At the time of his graduation, Polylastic did not even exist as an idea. The crypto trading company, which functions similarly to the S&P 500, allows people who are unfamiliar with digital assets to buy and sell “crypto baskets,” which are sorted by their risk factors. Polylastic also has its own digital token, POLX, that allows users to vote within the company.

Ibones received the Blanche and Luther Coggin Fellowship, allowing him to join the Coggin College of Business. Since he didn’t know exactly what his future career goals were, he believed a business degree would broaden his horizons.

What he didn’t realize when going into college was that his most valuable lessons as a student would not be on a syllabus.

“When you’re at school, [professors] give you all these things to study and learn, but they never really tell you how important it is to network with everyone you go to school with,” Ibones explained. “That person you’re sitting next to or talking with; you never know who they’re going to be in the future.”

As a UNF student, Ibones made friends through playing Rugby and by meeting exchange students. He explained the people he met on campus helped “broaden his openness” to other people from different backgrounds.

He attributes his company’s success to his ability to connect with people who are different from him.

“Initially, this was an idea that I had,” Ibones said. “You can’t do everything on your own. You gotta have a team.”

The team consists of members from the U.S. and Europe and has advisors from locations in Europe and Asia.

Without having conversations with others, Polylastic may not have existed. Ibones learned about Bitcoin and the crypto world through a conversation with a coworker at Merrill Lynch, an investment management company where he worked after graduating.

Ibones was fascinated with Bitcoin; it seemed like its value just kept going up. The only problem was, he couldn’t understand it. The social media and messaging app, Telegram, is what connected Ibones to the crypto-world and to his Polylastic team.

“Pretty much, crypto lives on Telegram,” said Ibones. “What I did was I joined different [Telegram] communities trying to learn as much as I could. You ask questions, and then, all of a sudden, you see other people asking the same thing you’re asking.”

Ibones began networking through Telegram and started messaging people who were asking the same things he was. That’s when an idea popped into his head: a company for people who wanted to get involved with crypto but didn’t know where to start.

Ibones developed professional relationships with people through Telegram. By discussing his idea with others, he built up a team of knowledgeable members to create a project that surpassed other projects like Dogecoin in value upon its first launch in 2021.

Ibones handles the marketing and business side of Polylastic, while other members of his team work with the technology and development of the product. He attributed the team-building aspect of his success to his time making friends and learning to network at UNF.

“Having those negotiating skills, all those things that they try to teach you [in class] does apply, but a lot of that stuff you have to learn on your own,” Ibones explained. “When they have those fairs at school where you come in and shake hands with a whole bunch of different people, all that stuff definitely helps.”

Ibones shared that his personality plays a part in his confidence and people skills. He acknowledged that it’s not always easy to make friends but believes UNF’s campus environment provided opportunities for his confidence to grow.

“I’m really proud to be an Osprey,” said Ibones. “I just felt like it was a perfect environment for me to succeed.”

After its initial launch, the Polylastic team decided to switch the network they use. Polylastic is set to launch on the Polygon network later this year.