The USS Orleck’s future in Jacksonville 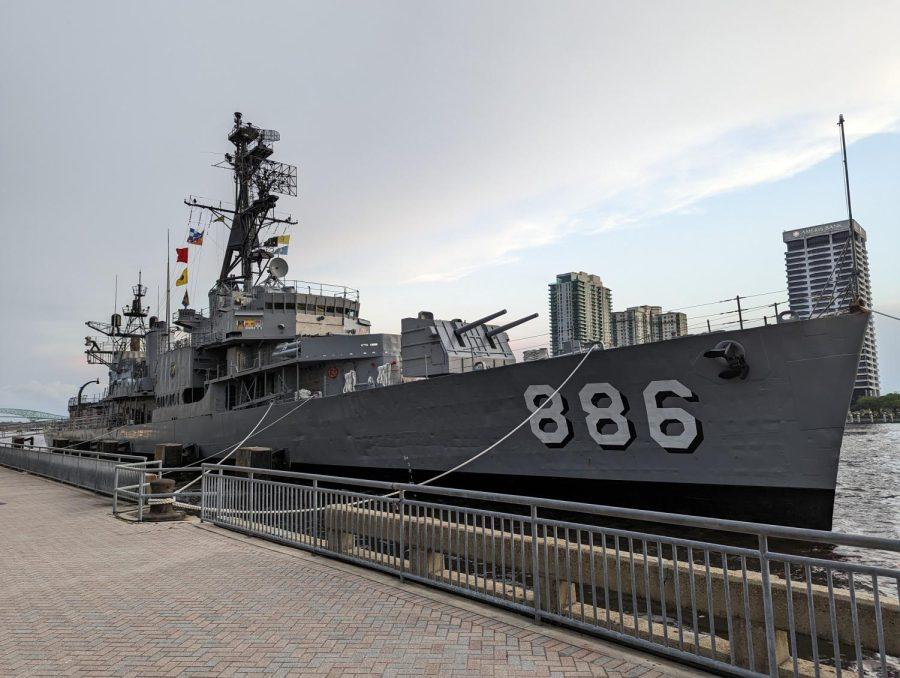 The USS Orleck, moored on the North bank of the St Johns River.

Last March, Jacksonville residents making their daily drive across the Main Street Bridge were greeted with an unfamiliar sight in the St. Johns River. The USS Orleck, a former Navy destroyer, had dropped anchor adjacent to the Hyatt Regency Hotel. But why is this massive vessel moored in downtown Jax, and what does its future hold?

The Orleck is set to become a Historic Naval Museum, the first of its kind in Florida, according to retired Captain John E. O’Neil. O’Neil is Executive Director of the Jacksonville Historic Naval Ship Association (JHNSA), the organization owning and managing the Orleck as and when it becomes a completed Naval Museum. While never serving on the Orleck in combat, Captain O’Neil did serve on a very similar ship in 1973.

“JHNSA has been working for years to return a retired navy ship to the Downtown area of Jacksonville,” he said.

The Orleck has a long and distinguished history. First launched as WW2 came to a close, she became part of the Pacific fleet, taking part in many Cold War conflicts, namely the Korean War and Vietnam War. Her participation was much more extensive in the latter. O’Neil explained how one of her more famous roles was to shell and destroy trains used by the North Vietnamese in the conflict.

She remained in US service until 1982, when she was gifted to Turkey for their navy. O’Neil explained how selling aged ships to other countries that cannot build their own is a long practiced tradition in the US Navy. The only stipulation was that another ship be provided to Greece at the same time, as Greece was Turkey’s rival at the time. The United States didn’t want to be seen as clearly supporting one over the other in their feud, so both were gifted ships.

In 2000, she was returned to the US and turned into a museum ship, a role she has served for the past 20 years in Texas, Louisiana, and now Jacksonville. It ended up costing JHNSA two million dollars to tow her to where she is currently docked. Her current location is only temporary, as O’Neil stated that she will eventually move elsewhere.