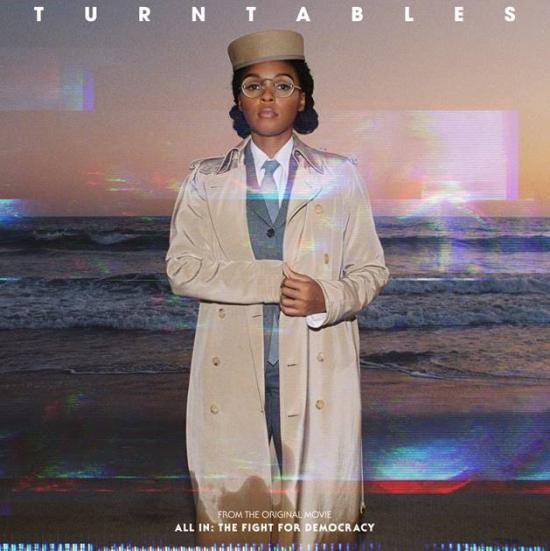 Eight-time Grammy nominee Janelle Monáe is a successful American songwriter and actress with hits including Make Me Feel, I Like That, and Primetime (feat. Miguel). The track Make Me Feel, from her album Dirty Computer, reached number nine on the Billboard Hot R&B Songs.

Raised in Kansas, Monáe grew up a performer. She participated and won many talent shows and scored lead roles in multiple musicals put on at her school. Monáe also wrote plays and musicals during her time in Kansas City’s Coterie Theater Young Playwrits’.

Monáe spent a short time studying at New York’s American Musical and Dramatic Academy on a scholarship. The teaching style did not fit Monáe’s desires because she felt she couldn’t express her creativity, according to the List.

In 2008, Monáe released her first EP Metropolis: The Chase Suit. A track from the EP, Many Moons, was then nominated at the 51st Grammy Awards for “Best Urban/Alternative Performance.”

While simultaneously writing and releasing music, Monáe acted in movies including the film Hidden Figures as well as Academy Award winner for “Best Picture,” Moonlight, released in 2016. She was also a voice actor in animated films Rio, Lady and the Tramp, and Ugly Dolls.

Monáe opened up to the public about identifying with bisexuality and pansexuality in an interview with Rolling Stone. In the interview, she encouraged young people to find comfort in their sexuality and express their individuality.

“I want young girls, young boys, nonbinary, gay, straight, queer people who are having a hard time dealing with their sexuality, dealing with feeling ostracized or bullied just being their unique selves, to know that I see you,” said Monáe in the interview.

Netflix series We the People, created by Chris Nee, features Janelle Monáe on its soundtrack with the song Stronger.

A flute, along with an acoustic guitar, open the tune before an electric guitar takes over to introduce the first verse. Multiple voices sing in polyphony to add texture to the melody.

Both male and female voices sing in octaves in a strong entrance to the chorus. Bass drum and bass guitar are added, slowly building intensity. The melody of the chorus is interesting as ascending lines are built, then intercepted with chromatic descents. More voices, singing new parts, gradually enter the mix before hums interrupt, transitioning to the second verse.

Vocal reiterations of the first verse are apparent in the second as the percussion is enhanced. A tambourine shakes to emphasize the electric guitar on the off beats. The bass guitar embellishes the chord progression while a symbol crashes every two measures.

Monáe riffs over the second chorus, highlighting the sevenths and chromaticism of the chord progression. The chorus builds even higher in intensity until, once again, being interrupted by a caesura of hums to create room for the bridge.

The anticipated climax of the song prevails in the two final, consecutive choruses. Along with Monáe’s soulful belts embellishing the melody, a distorted, electric guitar adds to the rock feel. The choir of male and female voices ring throughout the choruses.

A harmonious stack of Monáe’s vocals ends the song.

Janelle Monae’s music can be found on Spotify, YouTube, and Apple Music.