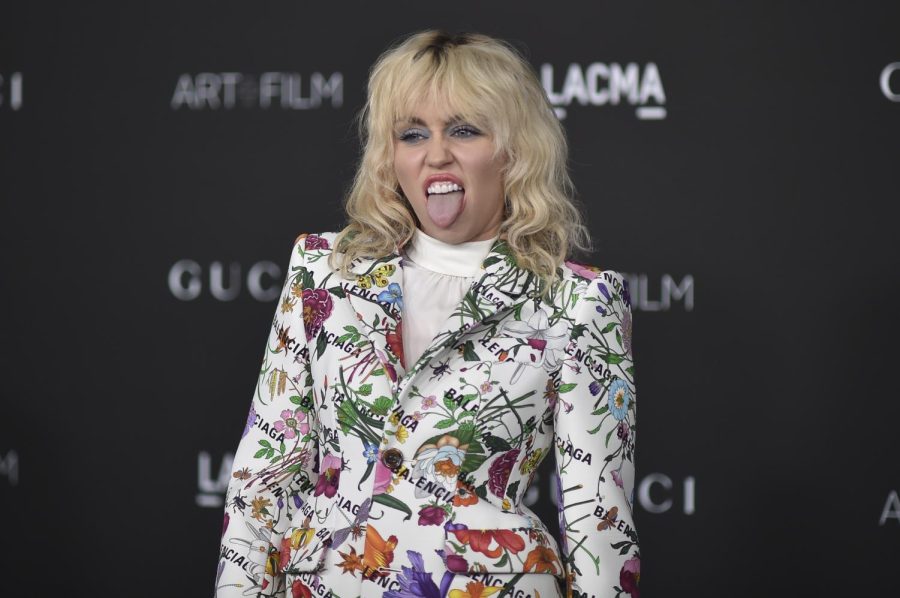 From Disney channel child star to pop singer riding a wrecking ball, to activist, the career of Miley Cyrus has been ever-evolving.

In Franklin, Tennessee, Cyrus was born as Destiny Hope Cyrus on November 23rd, 1992. During her childhood, Cyrus’ family and friends often called her “Smiley Miley.” In 2008, the singer officially changed her name to Miley.

After acting in Big Fish, Cyrus auditioned and earned the lead role in the Disney Channel show Hannah Montana in 2005. Paving the way to her music career, the initial album release of the show’s soundtrack was extremely successful, as was the second release, Hannah Montana 2: Meet Miley Cyrus, according to Britannica.

Pivoting from Disney star to pop singer, Cyrus released her album Can’t Be Tamed in 2010.

It wasn’t long until Cyrus’ career took an explicit turn. At the 2013 Video Music Awards (VMAs), Cyrus surprised the media with her provocative performance with Robin Thicke in her efforts to forgo her middle-school-star-from-Disney image, according to People.

Gender identity has been unconventional for Cyrus, according to Shana Naomi Krochmal from Out.

“I didn’t want to be a boy, I kind of wanted to be nothing. I don’t relate to what people would say defines a girl or a boy, and I think that’s what I had to understand: Being a girl isn’t what I hate, it’s the box that I get put into,” Cyrus said to Out.

In 2014, Cyrus founded the nonprofit organization, the Happy Hippie Foundation. The foundation works to help and bring awareness to youth homelessness, young LGBTQ+ members, and people of other unprotected groups.

“I just think I found a purpose to do things…That’s what I wanted to do. That’s what made me happy. And that’s what Happy Hippie is about: doing what you do, being happy, and not hurting anyone. It gave me meaning in everything,” Cyrus said to Variety.

In an interview with Variety, Cyrus explained how she has trouble putting labels on her gender and sexuality. As an LGBTQ+ activist, Cyrus dislikes the confinement of titling her identity.

“My whole life, I didn’t understand my own gender and my own sexuality. I always hated the word ‘bisexual,’ because that’s even putting me in a box…My first relationship in my life was with a chick,” Cyrus said in the interview.

Angels Like You is an acoustic, soulful song on Cyrus’ most recent studio album, Plastic Hearts, released in 2020.

Cyrus sings a duet with a pleasing, acoustic guitar in the first verse of Angels Like You. Her raspy voice compliments the warm acoustics on the melody until the guitar veers to its own part. From perfoming a plucking pattern, the guitar begins to strum the descending chord progression in preparation for the chorus.

A gentle tambourine and piano fulfill the chorus along with the acoustic guitar. Cyrus’ vocal melody leaps to a higher register, allowing her to belt profoundly. Similar to the first verse, the vocal melody descends in the closure of the chorus. Another Cyrus vocal track provides a low harmony in the descent.

Cyrus reiterates the final line of the chorus as the instruments evolve from acoustic to electric. In the second verse, a kick drum joins the tambourine while Cyrus sings the melody alone. The low vocal harmony comes in again when the melody descends.

Strings sound for the first time, mounting the scale. The lower vocal harmony continues throughout the second chorus and a full drum set consumes the percussion section.

Electric guitar riffs, vocal embellishments, hits of the snare drum and shakes of the tambourine pervade in place of where a bridge would be present.

Violins quietly ornament the chords in the last chorus. Crash cymbals and drum fills allow the R&B/country groove to peak in energy while Cyrus embellishes the vocal melody.

The duet between Cyrus and the acoustic guitar brings the song to its closure.

Miley Cyrus’ music can be found on Spotify, YouTube, and Apple Music.