Kirby and the Forgotten Land: Creative from beginning to end, a review 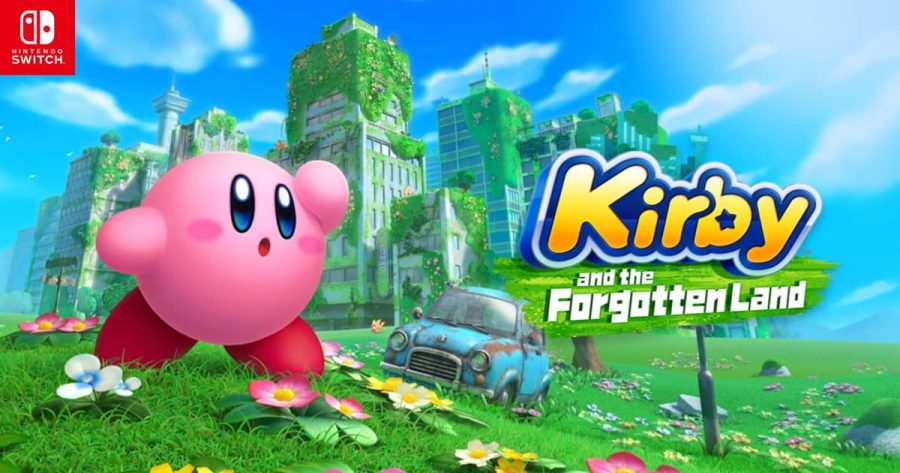 After finishing up my finals for Spring 2022, I moved back home for the summer, ready to fully invest my free time into new video games that had come out while I was still at school. I was torn between completing two new games: Kirby and the Forgotten Land and Lego Star Wars: The Skywalker Saga. Being the massive Star Wars fan that I am, I eventually settled on the latter. Still, with the benefit of hindsight after completing both, my hesitation was warranted as Kirby and the Forgotten Land is another incredible game.

I have never fully played a Kirby game before, as I don’t particularly like 2D platformers, which most mainline Kirby games are. Its reputation of being “easy” was also a bit off-putting to me. The main game I play on my Switch is Super Smash Bros Ultimate, so I’ve wanted to really try a Kirby game for years, as Kirby’s original creator, Masahiro Sakurai, is also the director of the Super Smash Bros. Series.

From the first trailer for this game, I knew it was a must-buy. Kirby’s first pure foray into 3D, coupled with my desire to actually play a Kirby game, sold me immediately. I was also blown away by its visuals, featuring the cartoonish Kirby in a sort of post-apocalyptic wasteland. The trailers also reminded me of Super Mario Odyssey and its very exploration-based design for 3D environments. The idea of a Kirby series taking on the formula established by Super Mario Odyssey fascinated me profusely.

While slightly disappointed that the game took more from Super Mario Odyssey than I would have liked, it did not stop me from enjoying the game in the slightest. Seeing as this is Kirby’s first attempt at a fully 3D game, I totally understand the developers wishing to take a more tried and true approach to 3D design. It definitely works.

The design of each and every one of the game’s main levels is super fun and creative, requiring multiple places to explore, secrets to find, and coins to earn. I personally love abandoned places. Seeing Kirby running around all kinds of different abandoned areas was nothing short of amazing. Seeing disrepair in the form of plant growth, rust, sand, dust and more in places that are usually much livelier, like a mall or theme park, was very cool to see. There are a lot of invisible walls, however, and it felt somewhat frustrating at times.

This game is a lot of fun to play. Kirby himself controls super well, with his movement and base moveset feeling tight and responsive. The copy abilities, being Kirby’s signature technique, feel very fun and inventive, with plenty of new ones combined with old ones. These abilities help make this game feel like a completely different game experience than similar games like Super Mario 3D World.

The addition of Mouthful Mode and the ability to upgrade copy abilities helps keep the Kirby copy ability formula from feeling stale compared to previous Kirby games, in addition to being fun to use. I really liked the addition of treasure levels, which are like bonus levels, but they require the use of specific abilities to complete, awarding players Rare Stones for powering up and evolving their copy abilities. This adds even more challenging content to the game, in addition to testing the player’s skill with all the different abilities.

Skill is another issue this game helps to resolve. As previously mentioned, Kirby games have a reputation for being very easy, but this game solves it by offering two different modes, a simpler and more challenging mode, with the challenging mode offering better rewards. I played in the more challenging mode, and while it felt easy at first, it was still fun to play. By the end of the game and the post-game content, it’s actually incredibly challenging, especially the bosses, which will require practice and patience to beat. The final levels of the minigames also proved challenging, but never to the point of infuriation. Even then, a shop in Waddle Dee Town sells boosts to speed, health and power for players to purchase should they desire. These have limits on how, when and where they can be used. They also cost star coins, the in-game currency.

Speaking of Waddle Dee Town, it serves as the game’s hub area. In each level, there are a certain number of Waddle Dees to rescue, who will all move to Waddle Dee town as it is slowly rebuilt as more Waddle Dees get rescued. Waddle Dee Town is where you can upgrade your abilities, play the minigames, collect trophies, buy items and food and much more. I love all the little details packed into Waddle Dee Town, especially Kirby’s house and his special interactions with the Waddle Dees. There are many cute details, animations and moments in the game, but I won’t go into them to avoid spoilers.

The Coliseum is at the very back of Waddle Dee town, which allows you to engage in an arena-style boss rush, facing all of the game’s toughest enemies in consecutive order. The rewards for the Coliseum battles do a great job of incentivizing the player to beat them, and it’s very nice having multiple cups with multiple difficulty levels. The game takes note of the time you beat the cup in, as well as if it was completed with any of the boosts from the shop. This helps encourage players to retry the cups for faster times and without item boosts.

That leads to probably my biggest problem with the game, the bosses. The bosses themselves are fun and creative, but only a handful of them exist. Not counting the post-game content, the bosses get repeated quite a few times between the Coliseum and main levels, and it felt somewhat lazy at times. The repetitive nature of the few select bosses gets incredibly tiresome by the time you’re completing the game. I wish the bosses were reused less or different ones were added.

The game runs incredibly smoothly, with a quick start-up, fast loading into levels and clean graphics. There are a couple of times where far-off assets will start to lag when a lot of them are on screen, but this was rare, most noticeable when looking down at Waddle Dee Town from the tower.

One of the game’s best qualities is its soundtrack, taking a few notes (pun intended) from Super Mario Odyssey. The music for this game is phenomenal. The opening theme feels grand and orchestral, which certainly fits the concept of exploring an abandoned and forgotten world. “Roar of Dedede” is another fantastic piece, with its heavy-rock style being an absolute blast to listen to, and that’s coming from someone who doesn’t even like modern rock! All music found throughout the game can be listened to again in Waddle Dee Town, courtesy of the Waddle Dee Band, which I greatly appreciated.

While the repetitive bosses weigh it down slightly, most of the remaining issues I had with it were more like nitpicks. For Kirby’s first attempt at a completely 3D platformer, this game is fun and creative from beginning to end. It is definitely worth checking out.

Spinnaker rates this game 4.5 out of 5 Spinnaker Sails.