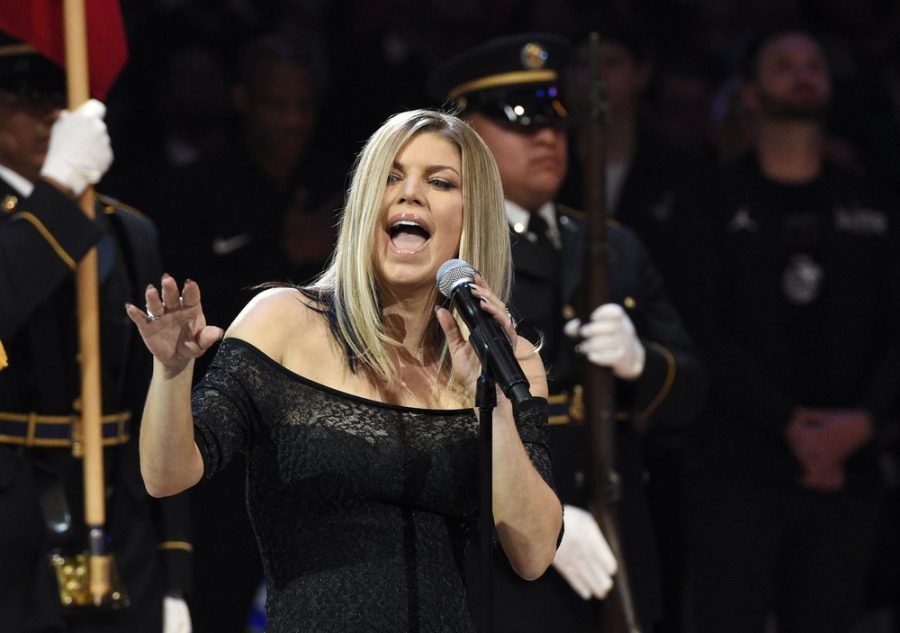 Starting her music career in 1990 by creating a band called the Wild Orchids, Stacy Ann Ferguson (known as Fergie), is now a household-name as an American singer and actress.

Wild Orchid was a three-member, pop band with Fergie and her friends, Stefanie Ridel and Renee Sandstorm. In 1996, the band released their first album Wild Orchid. Their next three albums Oxygen, Fire, and Hipnotic didn’t generate much success.

After enduring and overcoming a crystal methamphetamine (crystal meth) addiction, Fergie was welcomed into the hip-hip group, the Black Eyed Peas in 2001, according to Britannica.

In 2003, the band acquired popularity with top hits, Hey Mamma, Where is the Love, and Shut Up from their first album with Fergie, Elephunk. The Black Eyed Peas won the Grammy for “Best Rap Performance by a Duo or Group” for Let’s Get it Started the following year.

Even with her success in the Black Eyed Peas, Fergie wanted to pursue her solo music career. She released her first solo album, The Dutchess, in 2006, producing songs in various styles including Big Girls Don’t Cry and Glamorous. Fergie’s second solo album, Double Dutchess, was not released until 2017.

Before beginning her music pursuits, Fergie was an actress in the children’s show, Kids Incorporated, from 1984-1994. She continued her acting career while winning numerous Grammys with the Black Eyed Peas. Fergie was featured in the films including Poseidon, Planet Terror, and Madagascar: Escape 2 Africa.

In an interview with the Advocate, Fergie opened up about her bisexuality in 2009 when speaking about her husband’s (now ex-husband’s, as of 2017) affair, according to Huff Post.

“I think women are beautiful, I’ve had a lot of fun with women, and I’m not ashamed of it. The problem is that I also love a well-endowed man. But just because I enjoy women doesn’t mean I’m allowed to have affairs in my relationship,” Fergie said in the interview with the Advocate, according to Huff Post.

Big Girls Don’t Cry (Personal), from The Dutchess, is one of Fergie’s biggest solo hits, currently having over 401 million streams on Spotify.

An acoustic guitar and a subtle roll on a crash cymbal convene an introductory sequence. Fergie begins the first verse with a syncopated, gentle vocal melody before a snare breaks the peace.

Bass, electric guitar, and drum set transform the acoustic, campfire quality of the song to a pop sound. Fergie raises the vocal melody while a lower vocal harmony accompanies her. More background vocals enhance the chord progression as an arising electric guitar lick periodically presents itself in the right pan.

Fergie and the acoustic guitar respond to the energetic chorus with the soothing melodic pattern of the second verse. A cello resonates, repeating a simple, yet pure and wafting section throughout the stanza.

The full band resurges in the chorus after being welcomed by a conquering string section, notably of violin and cello. Fergie belts her self-love poem as a celestial sound effect passes between phrases.

Keyboard and the other prevailing instruments escort Fergie through the bridge. Violins appear before a high vocal harmony makes its first offering. The string section and frequent crashes of the cymbal allow Fergie to finish the bridge dulcetly.

All instrumental elements and low vocal harmonies gather again in the final chorus. At the forefront of the ending is the cello and acoustic guitar, reviving the simplistic nature of the introduction.