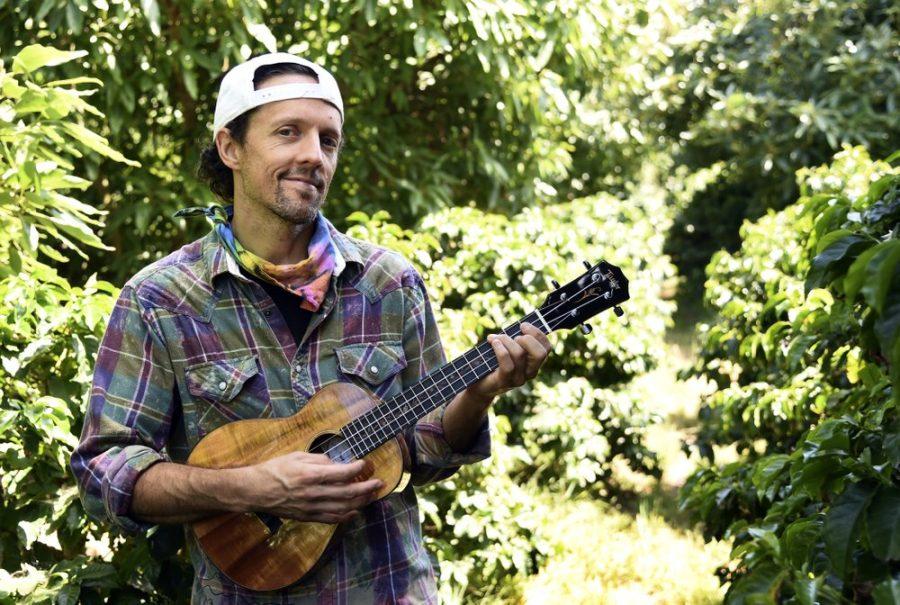 In this June 16, 2020 photo, singer-songwriter Jason Mraz poses for a portrait at his home in Oceanside, Calif., to promote his new reggae album “Look for the Good.” The two-time Grammy-winner is donating all earnings from sales and streams of his album, including his $250,000 advance, to groups advancing equality and justice. (AP Photo/Chris Pizzello)

Pop, reggae, and acoustic-rock singer-songwriter Jason Mraz initially had the goal of pursuing a career in musical theater, according to All Music.

Growing up participating in musical theater in Mechanicsville, Virginia, Mraz has always been an artist. After he graduated high school, Mraz moved to New York to attend the American Musical and Dramatic Academy. While studying musical theater, Mraz began playing the guitar and changed his career path from musical theater to songwriting.

Earning him a spot on the Billboard 200, Mraz released his first complete studio album, Waiting for My Rocket to Come, in 2002. The album includes the hit The Remedy (I Won’t Worry) as well as Sleep All Day and I’ll Do Anything. One of Mraz’s all-time biggest hits, I’m Yours, came from his third album, We Sing. We Dance. We Steal Things, released in 2008. I’m Yours is currently Mraz’s most-streamed song on Spotify with over one billion streams.

Keeping a connection with his musical theater roots, Mraz made his Broadway debut in 2017, starring in Waitress. He was nonchalantly offered the role of ‘Dr. Pomatter’ via email from Sara Bareilles, according to ET.

“I was more nervous answering that email than I have been about the rest of this process. I had to either say yes and go all in or say no and never know what this is going to be like. I was terribly nervous, because what if I am not right for the part? Or what if I’m a failure?” Mraz said, according to Leigh Scheps from ET.

In 2018, Billboard requested celebrities write supporting letters to the LGBTQ+ community for Pride month. Mraz accepted the opportunity and, in his letter, hinted at his bisexuality.

“…And now the world is better because of you. We still have a long way to go – but know – I am bi your side. All ways,” Mraz wrote in the letter.

In an interview with Billboard, Mraz elaborated on the letter.

“Honestly, I didn’t realize it was going to be so telling. But I’ve had experiences with men, even while I was dating the woman who became my wife. It was like, ‘Wow, does that mean I am gay?’ And my wife laid it out for me. She calls it ‘two spirit,’ which is what the Native Americans call someone who can love both man and woman. I really like that,” Mraz said in the interview.

From his 2018 album Know, the track Have It All, is a relaxed tune written with optimistic spirits.

The acoustic commencement, Have It All begins with a guitar playing an upbeat strumming pattern as a piano traces the chords. A kick drum tastefully builds the percussion with claps lacking a long tail of reverb. Mraz easily sings, wishing his listener happiness and hope.

Replacing the claps, a snare drum emerges in the pre-chorus. Buoyancy is enhanced with a vocal harmony above the melody. The instrumental section matures when a chiming, keyboard sound joins the guitar on the chord progression.

Ceasing the stanza is absence of sound for Mraz’s anacrusis entrance into the chorus. Cymbals crash on the downbeat, making provision for the full drum set, trimmed with tambourine. Electric guitar supplements the acoustic, mostly in the right pan. More vocal tracks cantillate with Mraz on the melody. Mraz sings over another instrumental respite into the post-chorus.

The choir carries on in the post-chorus yet, this time, breaks into multiple parts. From singing in unison with Mraz, the choir sings harmonies with him. The rest of the choir reiterates the message of wanting the listener to “have it all.”

Simplicity is emanated by the acoustic guitar and effortless percussive pattern. With Mraz’s melody, another vocal track intermittently accords a low harmony.

Leaping from below, the background (BG) vocal contributes a high harmony again in the pre-chorus.

Supporting through the chorus, the choir persists in the bridge. The choir floats above Mraz’s ascending melody in high harmony. Anticipating the chorus, Mraz sustains a belt on the mediant and jumps to the dominant, reeling in the melody.

In this piece, Mraz strategically played with major harmony and vivacious syncopation to elicit a hopeful feeling in a minor key.

Mraz and the choir constellate, singing the two hooks of the song simultaneously in the final chorus.