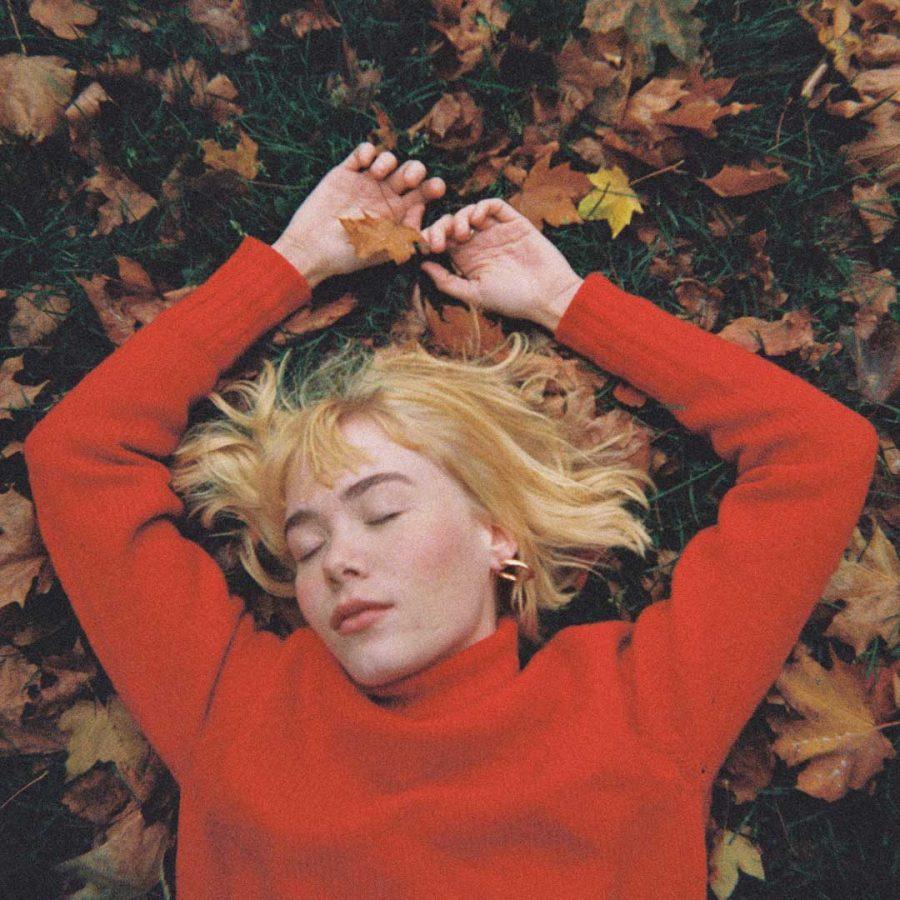 Her stage name, Girl in Red, originated from her teenage crush, according to Paper Magazine.

“I was in love with my best friend, and I was at a festival and we were looking for each other in the crowd and texting, ‘Yo where are you? I’m here.’ Room in the crowd opened up, she walked into that space and it literally felt like I was in a movie. The girl happened to be clad in a red sweater… I just texted her ‘girl in red’ because she was really pretty and wearing a red sweater,” Ulven said in an interview with Llana Kaplan.

Writing songs since she was 16 years old, Ulven’s fanbase curated when she released her first song officially as Girl in Red, I Wanna Be Your Girlfriend, on in 2018. Her popularity quickly increased when a Norwegian music site featured Ulven’s debut single. She released more songs including Summer Depression and Girls, according to All Music.

After producing her first few songs herself, Ulven released her first studio album, If I Could Make it Go Quiet, with the help of Matias Tellez Finneas, according to the Brown Daily Herald.

Ulven was not signed to a label until accepting an offer from Columbia Records in February 2022, according to Variety.

After her songs became popular on social media, the phrase, “Do you listen to Girl in Red?” became a discrete way TikTok users ask if each other are a part of the queer community.

In the interview with Paper Magazine, Ulven explained that her parents were accepting when she told them she was gay and brought her first girlfriend home.

“My dad was a bit confused. He’s still a bit confused. He doesn’t say, ‘Oh, you’re gay.’ My mom is cool with it. My dad is like, ‘Oh are you a Pride girl?’ He’s weird and quirky, but he accepts it. Everyone pretty much knows I’m gay because it’s in the local newspaper all the time,” Ulven said in the interview.

Ulven explained that she wants sexuality to not be a factor of such importance in an interview with the New York Times.

“The dream scenario is that you don’t have to come out and that coming out, that’s just an outdated word…The face that we still say that we have to come out of something means that we can’t live as something from Day 1, just like a straight person,” Ulven told the New York Times.

Girls, the song Ulven believes kickstarted her stardom, is an indie track about being certain about her sexuality, released in 2018.

Bass drum hits each beat while a snare gradually increases in the mix. The drum set satisfies the built suspension with light crashes of the crash cymbal. Electric guitar outlines the chords in the absence of vocals.

BG vocals continue to enhance the mix as Ulven reintroduces the simple melody. The same instruments prevail with the distorted vocals.

Suddenly, the harmonious vocals quietly sing over the percussive roll on the crash cymbal. A choir sings the bridge before Ulven’s main vocal takes the wheel. She repeats herself, reiterating that she cannot choose who she loves.

Finally, Ulven raises the melody to bring a different sound to the closing stanza. Supporting BG vocals carry behind her, ringing on the final chord with the electric guitar.

Marie Ulven’s music can be found on Spotify, YouTube, and Apple Music.