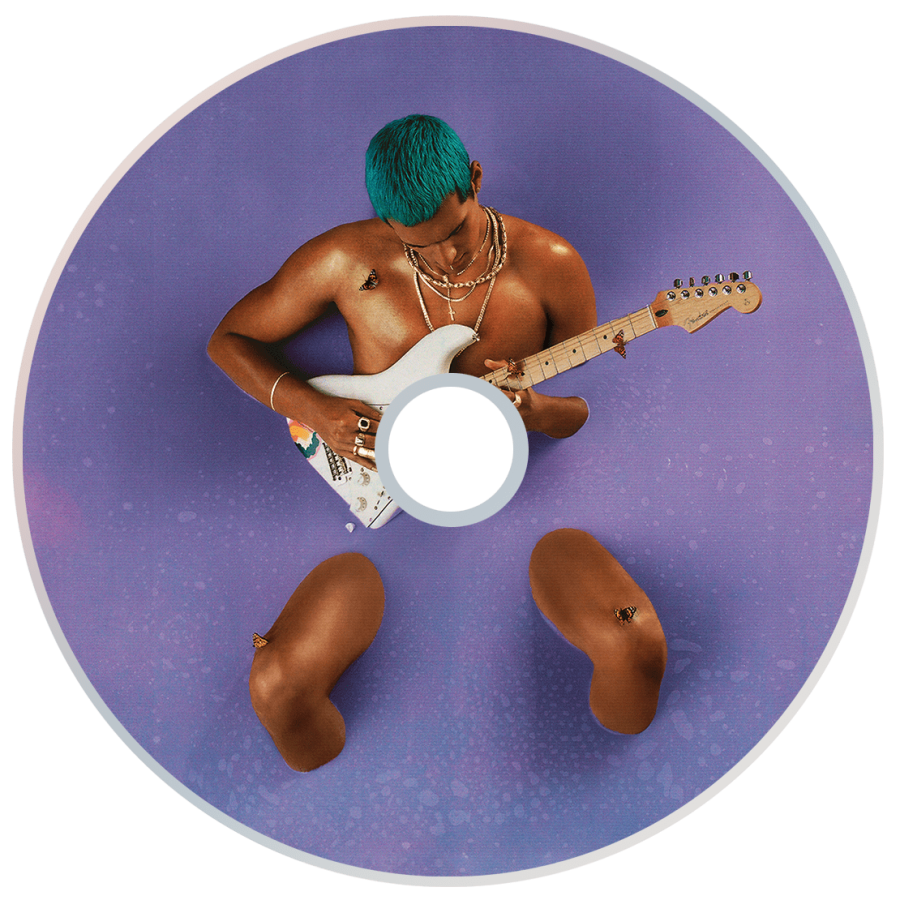 Mexican American artist Omar Apollo was taught how to play the guitar by his uncle after his parents gifted him the instrument when he was 12 years old.

Growing up in Indiana, Apollo was interested in skateboarding and worked at the music store, Guitar Center. When he was in high school, Apollo learned how to record his own music. He gained substantial popularity online when he released Brakelights and {} [], according to All Music.

After a friend lent him $30 for the Spotify registration fee, Apollo released Ugotme on the streaming app. After one day on the “Fresh Finds” Spotify playlist, the song generated about 50,000 listens.

“My music was moving on SoundCloud, and my friend was like, ‘You gotta put it on Spotify.’ I uploaded the song Ugotme, and the next day it had gotten playlisted. It got like 50,000 listens overnight. Then I put up another song, and the same thing happened,” Apollo said in an interview with Pitchfork.

Performing his songs in Indianapolis and Chicago, Apollo’s stardom was only beginning. He soon released his first two EPs, Stereo in 2018 and Friends in 2019.

In 2020, Apollo was signed to Warner Records and released his first complete album Apolonio. The next year, he earned the Latin Grammy nomination for “Record of the Year.” Apollo was also nominated with C. Tangana for the Latin Grammy “Best Alternative Song” for Te Olvidaste in 2021.

In an interview with Pitchfork, Apollo was transparent when describing the prejudice he faced in school for his ethnicity.

“I had a lot of racist encounters, even with teachers. I had teachers who were like, ‘Oh, you’re not a drug dealer are you?’…I was like 14,” Apollo said in the interview.

Apollo sings about his romances with men in his 2022 album, Ivory.

In an interview with Alim Kheraj from the Guardian, Apollo explained he faced discrimination for his sexuality when he was growing up.

“I’ve heard [homophobic] sh** in my hometown for sure. Growing up people called me slurs. But on the internet people are very open. I’ve never seen anything bad about the gay love songs,” Apollo said in the interview.

Although Apollo used to refrain from labeling his sexuality, he has recently opened up about the matter in an interview with NPR.

Invincible, a track from Ivory, is an R&B collaboration between Apollo and Daniel Caesar.

A distorted electric guitar begins Invincible, playing the chord progression. A static sound effect lays overtop, giving the song a relaxed, homemade feel. Caesar immediately magnifies intricacy with his classic harmonies. The vocal melody track rests in the center pan as the high harmony sounds in the left while the low, sequentially, enters in the right.

Clarity of the snare drum, as well as an introduced kick drum, allow Apollo to support Caesar in the pre-chorus. Apollo sings in his falsetto as his melody is doubled and processed with reverb and delay.

Caesar and his background (BG) vocals reiterate the chorus before Apollo devotes the second verse.

In the midst of Apollo’s melodic vocals, the snare arises with syncopation. After a quick sequence of the chorus, Apollo begins a rap verse. His rap track travels back and forth from right to left pan while a melodic vocal track simultaneously sings.

The snare is muffled for the first half of the retransition. Apollo sings the melody with harmonious BG vocals while Caesar offers embellishments between his phrases. The snare regains lucidity as higher vocal harmonies are stacked on Apollo’s melody.

Synth makes way for the concluding chorus with the electric guitar. The kick drum lingers when the snare drum leaves the mix. Caesar’s vocal harmonies end the song.

Omar Apollo’s music can be found on Spotify, YouTube, and Apple Music.