OPINION: Let’s not forget to celebrate our black fathers 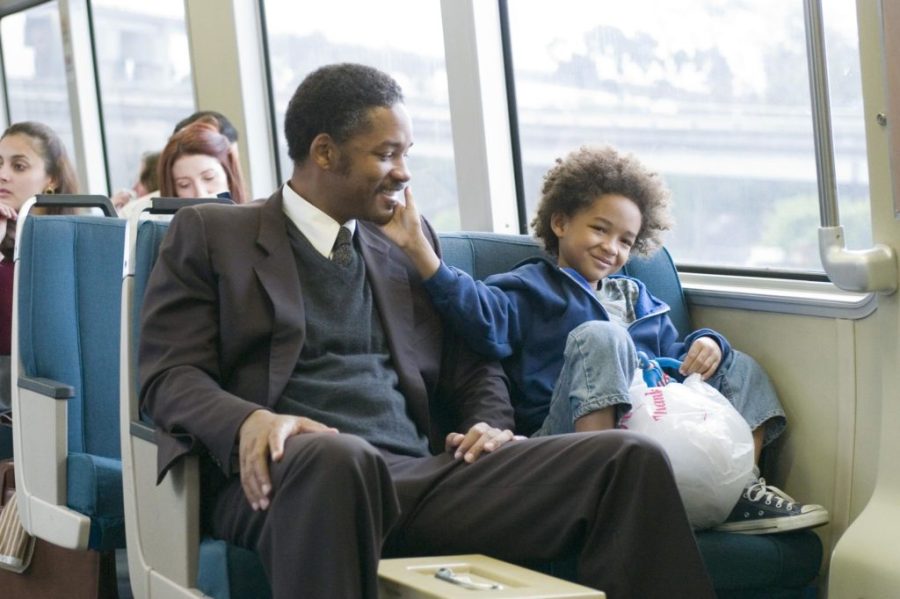 Chris Gardner (Will Smith, left) and Christopher (Jaden Smith, right) star in “The Pursuit of Happyness.” Photo courtesy of PluggedIn.

This Sunday marks the 112th anniversary of the first recorded celebration of Father’s Day. However, this Sunday is special for another reason—it’s Juneteenth. The alignment of the two holidays works as a symbolic representation for the importance of black fathers in the lives of their children.

Juneteenth, a portmanteau of “June” and “nineteenth,” is the celebration of black Americans’ freedom from slavery in the United States. Though the Emancipation Proclamation was issued in 1863, it would not be until June 19, 1865 that many slaves would hear of their freedom. Much like the time passed between the Emancipation Proclamation and Juneteenth, it would be years before I really began to realize just how much of an impact my father had on me.

There is a strong narrative that focuses on the different failures of black fathers. I find that those narratives, however well-intentioned, essentially dehumanize black males by hyper-focusing on the lowlights and letting their plethora of achievements go uncelebrated.

My father was far from perfect, but looking back on our relationship, his parenting did not reflect the trends of his era. Throughout my childhood and even early adulthood, I remember him being extremely loving and tender. Not only saying that he loved me but going so far as to be physically affectionate with me—a rare trait from fathers of many ethnicities. At the time, many of those things seemed unimportant. But as I’ve aged, I’ve realized that those saccharine gestures were a type of emotional savings bond that would increase in value and worth with time.

Like many men, I have struggled with my identity. The concept of who I am and who I’m supposed to be often leaves me searching for something to harmonize the two ideas. Furthermore, being a young, black guy in my 20s, I’ve noticed that there aren’t many relatable public figures for our demographic. However, I often go back to some of the late conversations I had with my dad shortly before his passing. Much like myself, feelings of lostness and confusion had all been experienced by him in his early years.

In a bizarre way, my cannibalization of his sadness was a form of emotional sustenance and comfort for me. And what’s even more outré was that was his intention. The emotional vulnerability between a father and son is a special gift, one that often includes sacrifice. It often goes unnoticed how special having a black male figure share his story matters to a child. Fathers’ heartfelt benevolence goes unrecognized or uncelebrated a troubling amount of times.

The University of North Florida (UNF) is celebrating both Juneteenth and Father’s Day. Though the two holidays are not linked, for many, it will be nearly impossible to separate the two in their minds and hearts.

The joke has often been made that fathers rarely get the gifts they want for Father’s Day. And the gifts they do get are often kitschy, traditionally masculine trinkets. That isn’t to say that there is no use for those gifts, but that they have little sentimentality attached to them. Ashamed to say, I rarely gave my father any gifts for Father’s Day, not even the macho tchotchkes. With that said, I’d like to think of this article as my first conscious Father’s Day gift to my late father.