Professors before they were professors: Dr. Ashley Faulkner 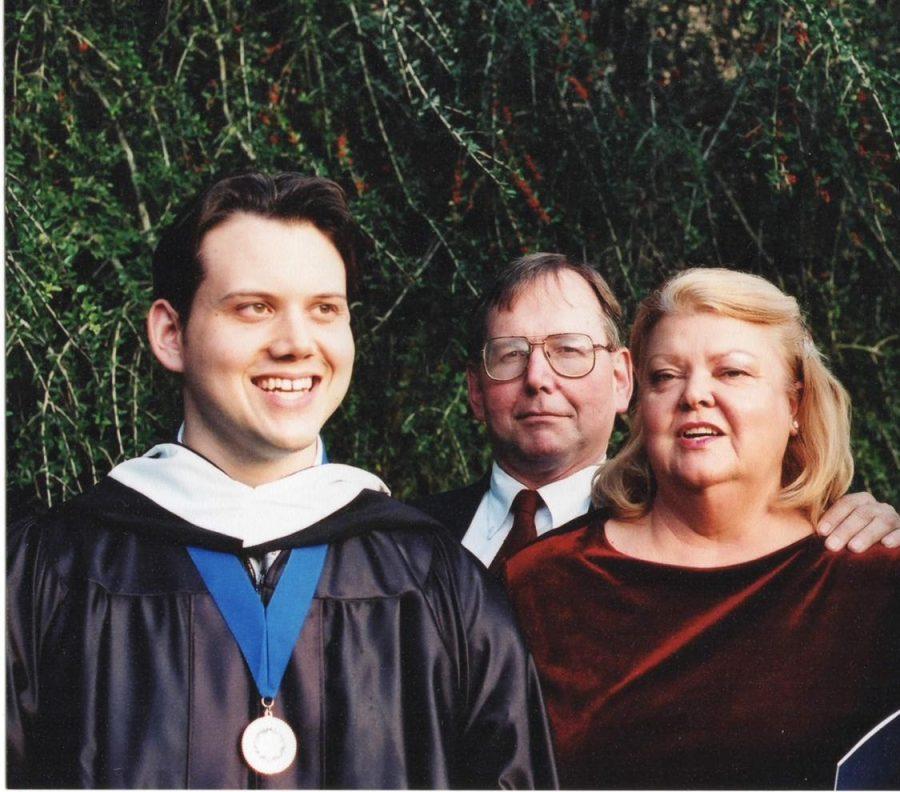 Dr. Ashley “Ash” Faulkner may seem like your average University of North Florida (UNF) English professor, but that is not the case. Dr. Faulkner is one of a handful of UNF professors that have a very unique trait in common: They were once UNF students themselves.

Dr. Faulkner actually has family ties to UNF. Both his parents attended and met each other here in the 1970s, the first decade of the school’s physical existence. UNF was clearly a valid option for him when deciding on his university

“It was definitely on my radar,” he said.

However, it would not end up being his first college.

Faulkner initially attended California State University, Los Angeles (Cal State LA), but while he enjoyed it, he eventually ended up transferring to UNF for many reasons, the most prominent of which is one of UNF’s selling points.

“[UNF is] a school where there was more contact with your professors,” Faulkner said.

UNF felt much smaller compared to Cal State LA, which was a better environment for him. He preferred smaller classes with more professor contact than large lecture hall experiences, which he abhorred.

For Faulkner, it was perfect. He ended up pursuing English the whole way through, obtaining his bachelor’s and master’s degrees in 1998 and 2003, respectively. However, back then, UNF offered little to no doctorate degrees for graduate students. English as a Ph.D. wasn’t offered then and still isn’t, although several other doctoral programs are offered, albeit delegated to medical and educational fields only.

“If you wanna do a Ph.D., odds are you’re going somewhere else,” he explained.

For his doctorate, Faulkner chose the University of Virginia (UVA). He eventually received his doctorate in 2012, after which he did his postdoctoral, even teaching there for a time. He could have stayed at UVA, considering it a very positive experience, but he still found himself drawn back to UNF. He still had friends and family in the area, and he just wanted to come back.

“So I’ve been here happily ever after,” he said.

After coming back, Faulkner noted how some things had changed, but many of the good qualities of the University persisted.

“The good bones of the University are very much still in place,” he said.

Greater class sizes are very common at most large universities, but UNF has always prided itself as an exception to that association. Smaller classes and larger faculty-to-student engagement was one of UNF’s core ideas and have remarkably remained that way for over 50 years and thousands more students.

Acknowledging that the University itself has obviously increased in size compared to his time here, Faulkner is beyond impressed that the core ideas of easy and personified instructor-to-student relationships have remained in practice. It’s much harder to do that at larger schools, but UNF has persisted. Seeing as how it was one of the things that made UNF appeal to him in the first place, he hopes those ideals continue in the future.

Faulkner closed out by saying how he hopes students take advantage of that unique ability of UNF students to seek out these personalized instructor-to-student relationships that were hallmarks of UNF 30 years ago and still are now.