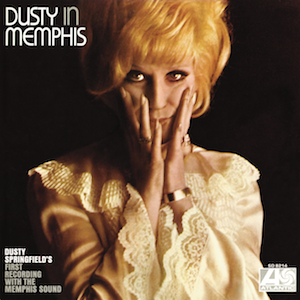 1960s British pop/soul singer Dusty Springfield, born as Mary O’Brien, began her music career as a part of the folk band, the Springfields.

Mary was welcomed to the existing musical duo made up of her brother, Dion O’Brien, and Tim Feild. After the siblings created their stage names, Dusty and Tom Springfield, the trio named themselves ‘the Springfields.’

In 196l, the Springfields’ first year of releasing music, they gained popularity in both the U.K. and U.S. with the singles Dear John, Breakaway, and Bambino. The band was able to release their debut album the next year, titled Kinda Folksy.

When Feild left the band in 1962, he was replaced by Mike Hurst. The band then gained attention in the U.S. with Island of Dreams.

After recording the album Folk Songs from the Hills, Dusty began recording solo music and the band broke up in 1963.

Dusty gained success early in her solo career with the hit I Only Want to Be with You. By the end of the 1960s, Dusty released more hits including The Look of Love, You Don’t Have to Say You Love Me, and Son of a Preacher Man. In 1968, The Look of Love, was nominated for the Academy Award for “Best Song,” then inducted into the Grammy Hall of Fame in 2008.

Throughout her career, Dusty was in relationships with women including Norma Tanega from the later 1960s to the 1970s and Teda Bracci in the 1980s, according to Smooth Radio.

“Many other people say I’m bent, and I’ve heard it so many times that I’ve almost learned to accept it. I know I’m perfectly as capable of being swayed by a girl as by a boy. More and more people feel that way and I don’t see why I shouldn’t,” Dusty said in an interview with Evening Standard, according to Smooth Radio.

When she moved to Los Angeles in 1972, Dusty’s career took an unfortunate turn. With her music recorded in America, she failed to excite the industry and her popularity declined. During this time, Dusty also endured problems with drugs and alcohol.

After Dusty spent time in a psychiatric unit, Neil Tennant and Chris Lowe, from the Pet Shop Boys, offered her a music collaboration. Together, they released What Have I Done to Deserve This in 1987. Dusty was featured in more of their songs on the 1990 album Reputation. This inspired Dusty to continue music even after her diminishing success.

Just over a week after her death, Dusty was inducted into the Rock and Roll Hall of Fame by Elton John.

Son of a Preacher Man was released in 1968 as a single for the album Dusty in Memphis, released the following year.

Bass guitar, electric guitar, and drums lay down an R&B groove for four bars before Dusty introduces her husky voice on the melody.

Brass instruments answer the guitars with an arpeggiating line before harmonious background (BG) vocals support the melody in the chorus.

After the chorus, a conversation transpires between instruments as the guitars sequentially mimic the brass section.

Between Dusty’s lines in the second verse, the BG vocals offer a repeated, simple anecdote.

In a higher register, Dusty sings the third verse with the vivacious brass section. Dusty’s melody is complimented only with a lower harmony toward the end of the verse before a high harmony replaces it, contrary to the choir of BG vocals earlier in the song.

The gospel-choir-like BG vocals make their way back while Dusty sings the melody a perfect fourth higher than in the preceding choruses. The brass section and choir maintain the foundational hook when Dusty contributes vocal embellishments.

All parts fade to silence.