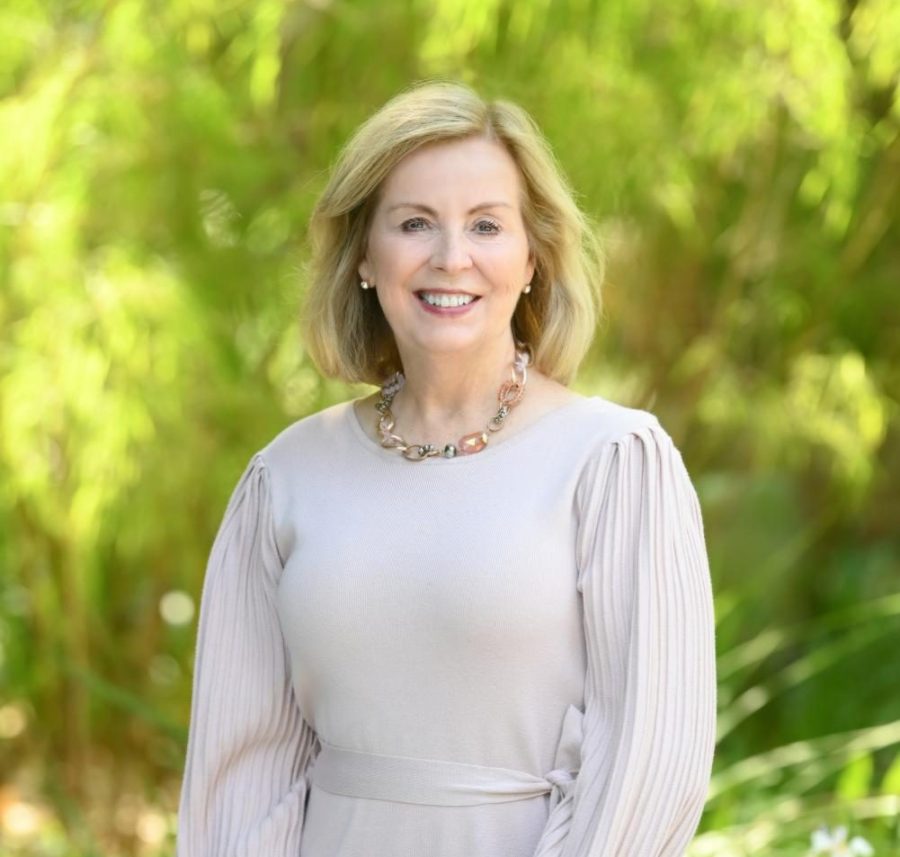 With her tenure coming to a close, Pamela Chally reflected on her 29-year-long University of North Florida (UNF) story, which began long before becoming Interim President almost one year ago.

Chally first joined the university in 1993 as the Associate Professor of Nursing. In 1998 she became Dean of the College of Health, a position she held for 19 years. From 2017 to 2019,  she served as Interim Provost, working beside Presidents Delaney and Szymanski. After that, she returned to teaching with thoughts of retiring, until one fateful phone call last year, and the rest is history.

Board member Kevin Hyde gave this statement in regards to Chally’s selection for the role:

“As Dr. Szymanski transitioned to CEO of UNF MedNexus, [the Board of Trustees] recognized the need to find a leader with strong knowledge of the University who would keep us moving forward as we searched for the next president. Pam immediately came to mind. Having been at UNF for nearly 30 years, she has vast administrative experience and strong relationships with faculty, staff and community leaders. We knew she was not only the obvious choice, but the right one, and she has more than proven that during her tenure.”

Chally said she was excited yet scared to take on this new position. She loves the university, so serving it in such a pivotal way was nothing short of an enormous honor for her. Chally felt supported, but it was important to her to be student-focused.

“I didn’t want to be thought of as a babysitter,” she said about her role.

She wanted to make a difference and make UNF better than before. The position was still temporary, however, as she was unable to really craft any major plans and see them through, so she set about making sure the next president would be set up in the greatest starting position possible.

Her tenure as Interim President comes to an end on July 31st, 2022, with Dr. Moez Limayem taking over as President of the University of North Florida (UNF) the next day.

It was almost one year ago that Chally was officially selected as Interim President after then-president David Szymanski was appointed to be CEO of UNF MedNexus. As indicated by the title of “interim,” this position was only temporary until the Board of Trustees could find a new official president. This was the beginning of a long and tedious search process which ended last month with the selection of Dr. Moez Limayem.

Now, one year later, Chally is saying goodbye to her position, and she can’t help but feel sad about it. She said she feels incredibly grateful for all the support she received from the entire UNF community.

“I enjoyed this position more than I ever expected that I would,” Chally said.

When asked if she ever considered becoming the non-interim president, she explained that while the thought did manifest, and she did receive some encouragement, she decided against it.

“I felt that I wasn’t a long-term solution for UNF,” she said.

After Dr. Limayem takes over, she hopes to finally fulfill her long-awaited retirement plans. While she will always be open to aid UNF in any way possible, she looks forward to finally becoming an Emeritus Dean and Professor and spending more time with her family.

Some of her favorite memories during her tenure were the recent Spring 2022 Graduation and the large donation of land last December. She was happy she was able to get UNF to the other side of COVID-19, where she hopes it will stay.

She touted her dedication to students and mental health, specifically mentioning how she brought additional funding to the Counseling Center via reallocation and sought to “put student success first,” she said.

Serving as interim president still posed some significant challenges for Chally. She explicitly mentioned how the shooting threat in February was particularly stressful, and she was very relieved how everyone stayed safe. Another unexpected challenge she faced came from students feeling unwelcome, which particularly worried her. Chally believes that everyone should feel welcomed and respected because “all students belong here,” she said.

Chally didn’t have many specific regrets during her time in the position, although she knows how anyone, including herself, can always do better in hindsight. She admitted that it did take her some time to grasp the range of the job.

As for her successor, Chally had nothing but good things to say about Dr. Limayem, who she has been in contact with to aid in the transition.

Chally thinks he’s a fantastic choice for the job, calling him “funny” and touting his dedication to UNF and his students, a trait they share.

“This is a great university, and I want him to take care of it for me,” she said.

She is very excited to see what he will do and hopes he understands the honor of leading UNF.

Rounding out, Chally wanted to thank all of the UNF staff for their help and support. She is well aware UNF isn’t perfect, but she still believes it’s a great place to work. She hopes students will remember that there’s nothing wrong with asking for help and that UNF is always here for them.