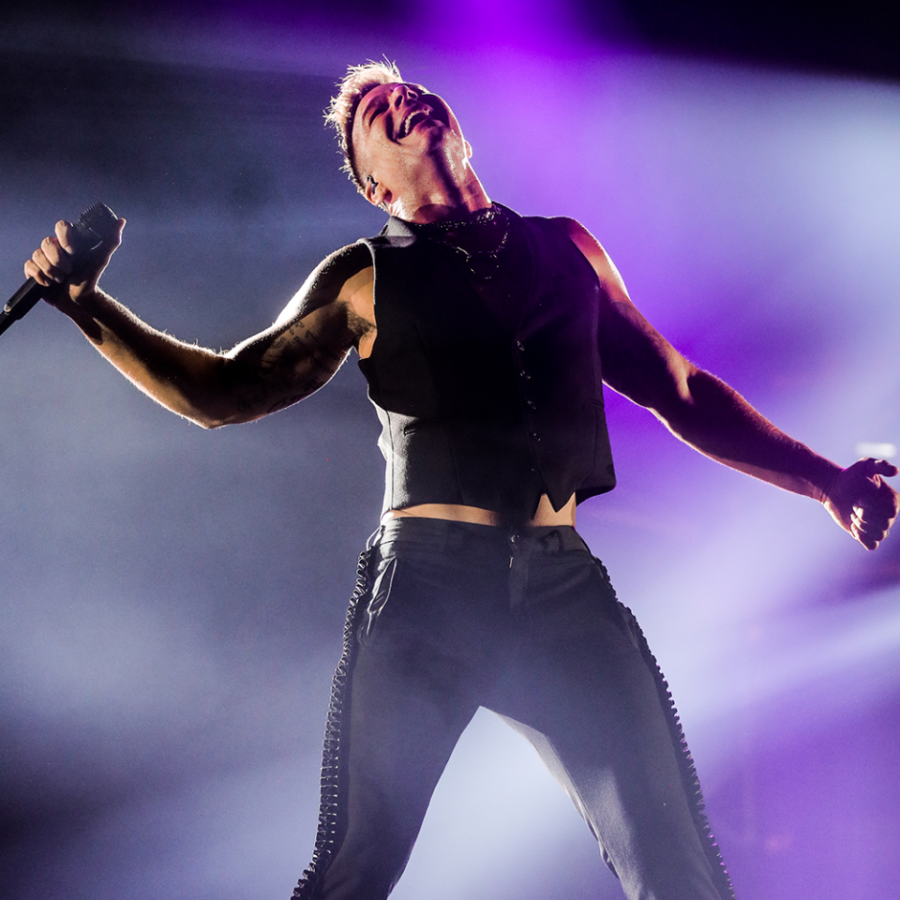 Grammy award-winning Puerto Rican artist Ricky Martin was destined to perform as he began his music career as the lead singer of Menudo, a Latin boy band.

As a young child, Martin acted in various commercials. He auditioned for a spot in Menudo three times before being accepted into the band when he was about 13 years old. After spending his teenage years with Menudo, Martin moved to New York and released his debut self-titled album in 1988.

While recording music, Martin earned acting jobs in shows including Alcanzar una Estrella in Mexico and Getting By in Los Angeles. Martin was then cast in the Broadway show Les Misérables.

In 1998, Martin released his fourth album, Vuelve, which hit the Billboard 200 and reached number one on the Latin charts. The album won Martin his first Grammy award, “Best Latin Pop Performance,” in 1999. In 2016, Martin won his second Grammy for “Best Latin Pop Album” for A Quien Quiera Escuchar (Deluxe Edition), released in 2015.

Reaching number one on the Billboard 200, Martin released his first English album, Ricky Martin, in 1999. Popular songs on the album include La Vida Loca and She’s All I Ever Had.

Martin continued to release both Spanish and English music throughout the 2010s. In 2007, Martin headlined in his international tour, the Black and White Tour.

“I am proud to say that I am a fortunate homosexual man. I am very blessed to be who I am,” Ricky said on his website, according to Good Morning America.

After taking a break from his career, Martin released his memoire, Me: Ricky Martin, in 2011.

“I got to the place I was fighting as I was writing my book between saying, ‘Am I gay? Am I bisexual? Am I gay? Am I bisexual? … And either is okay, just go within and do not lie to yourself. And then I said, ‘Rick, you are a very fortunate homosexual man. You are gay.’ And I wrote it and I pressed send, and then I cried like crazy. And I’ve been super happy ever since,” Martin said, according to Variety.

Canción Bonita (pretty song) is a Spanish collaboration between Martin and Carlos Vives, released in 2021.

Martin opens Canción Bonita with the pre-chorus along with short, accented strums of an acoustic guitar.

Vives supports Martin’s vocals with a lower harmony before taking the responsibility of the melody. Leading into the chorus, Vives is accompanied with vibrant percussion and another guitar, rolling the chords on the off beats.

Kick drum shortly interrupts the melodic instruments as Martin takes hold of the chorus. The snare drum with the snare turned off rolls when Vives harmonizes above Martin. Vives carries the rest of the chorus. The instruments transition from the groove to intermittent hits, allowing Vives and Martin’s harmonies to resonate.

With the percussion and staccato guitar, Martin sings the second verse without accompanying harmonies.

Syncopation in the groove upholds the vivacity of the Spanish groove while Vives sings the refrain. Vives then devotes the rest of the stanza to Martin. The two come together again in joyous major harmony.

The chorus resounds with periodic rolls of the snare and the textured guitar duet.

Percussion leaves the mix in the pre-chorus as Vives tones down the intensity with a descending melody only with the chord progression on the off beats. Percussion picks up the bar before Martin ascends in his response.

Doubled vocal harmonies richen the texture of the chorus.

Synth sounds for the first time, contributing to the instrumental section in the interlude before the closing stanza.

The synth lingers in the refrain as Martin and Vives offer various vocal embellishments. When instruments are cut out, Martin sings the final hook of the song, accompanied by Vives’ high harmony.

Ricky Martin’s music can be found on Spotify, YouTube, and Apple Music.