Letter from a Former Editor: Why you should care about #SaveStudentNewsrooms

Even if you're not a journalist 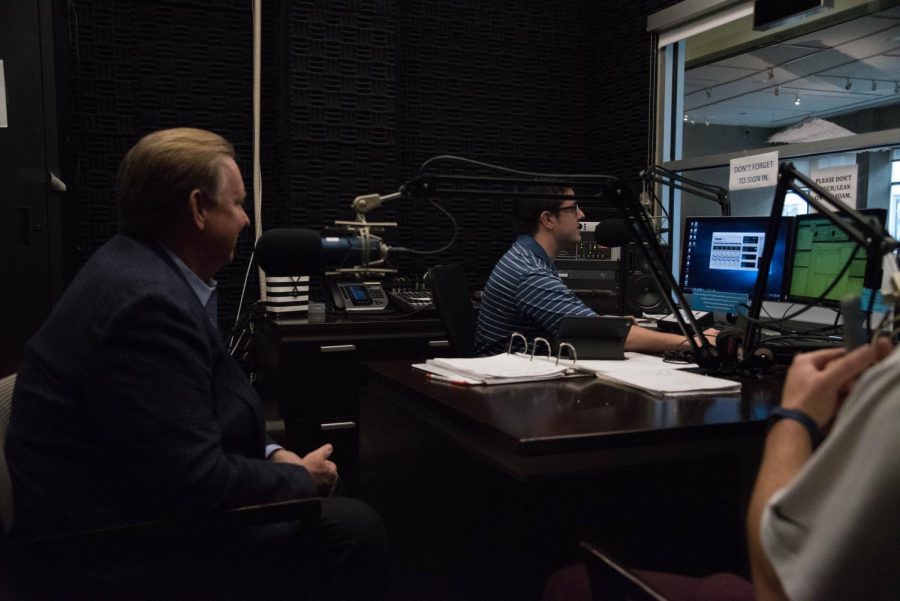 UNF President John Delaney sits down with Spinnaker Radio to talk about his legacy as president.

Student journalism, or journalism as I like to call it, is the single most-important student-operated entity on a campus. Of course, this is easily true for a communications or journalism student, since it gives them on-the-job experience in a real-stakes environment. All my friends that I know from college just wouldn’t be where they are today without student journalism. But that’s easy, right? Of course student media is important for kids that want to be journalists. But why should a random education major, or engineering major, or faculty member, or staff member, or parent care about journalism coming from their campus?

Because it’s their community. And nobody else is going to cover it like the people living, working and learning it every day.

In being asked to write this editorial, I thought back to some of the bigger moments while I was involved in Spinnaker, and how some of the biggest stories to come from campus simply wouldn’t have broke without the Spinnaker.

Will UNF Ever Have Football?

It was essentially a firm no. Over Christmas break, a different Spinnaker journalist covering an Osprey’s away game (you read that right, during Christmas break) happened to be sitting near Moon when he was asking some pretty interesting questions about a college football program for someone who wasn’t thinking about it. The journalist was able to combine those notes with other notes from Spinnaker journalists involved in other areas of campus and boom – confirmed, there was a conversation happening about bringing football to UNF. That story took the campus, and Jacksonville, by storm. All from Spinnaker journalists.

Sports not your thing? How about public corruption? In the summer of 2013, thousands of Spinnaker newspapers were taken from campus racks and dumped – an effort to prevent the community from reading something in it. At face value, nobody cared. The papers were “free” (not really but that’s a separate editorial). The police weren’t helping, the State’s Attorney didn’t care, and someone was going to get away with it. But then a break – sources familiar with a few Spinnaker journalists that covered the campus crime beat got in touch and said the PD knows a bit more than they’re letting on. After a few more conversations and some bread crumbs, a Spinnaker journalist was able to connect the dots and broke the news – A Florida State Trooper was the one who had taken the papers, and he did it in an effort to prevent people from reading about a friend of his that had been arrested on campus for recording people in the bathroom.

This story was picked up by every Jacksonville media outlet, many other outlets around the country, and even the world.

These are just two examples. The vast majority of stories that were picked up by the rest of the world were reported after the Spinnaker broke the story. Stories that likely wouldn’t have been told if not for a Spinnaker journalist.

Beyond big stories with big headlines like that though were the day-to-day stories of life in the UNF community. Teachers getting awards, sports teams winning or losing, features on other members of the community, big names coming to campus, keeping an eye on how the campus’ money was spent, doing justice by those who were lost to tragedy, and offering comfort to their memory.

So yeah, sure, had I not been a ‘student journalist’ I wouldn’t be who I am or where I am today. And that’s important to me of course. But that’s not what is really important. What should matter to you is that without those ‘student journalists,’ things might be different. Your campus’ successes may go untold. Your community might miss out on something great. Your story may not be told.

Connor served for many years in various roles in Spinnaker, from anchor to reporter to General Manager to Managing Editor. Through Spinnaker, Connor served on the Board of Director for College Broadcasters, INC. and the Society of Professional Journalists, Florida Chapter. Connor now works as a producer at CNN in Atlanta. Find him on twitter @connaspiel